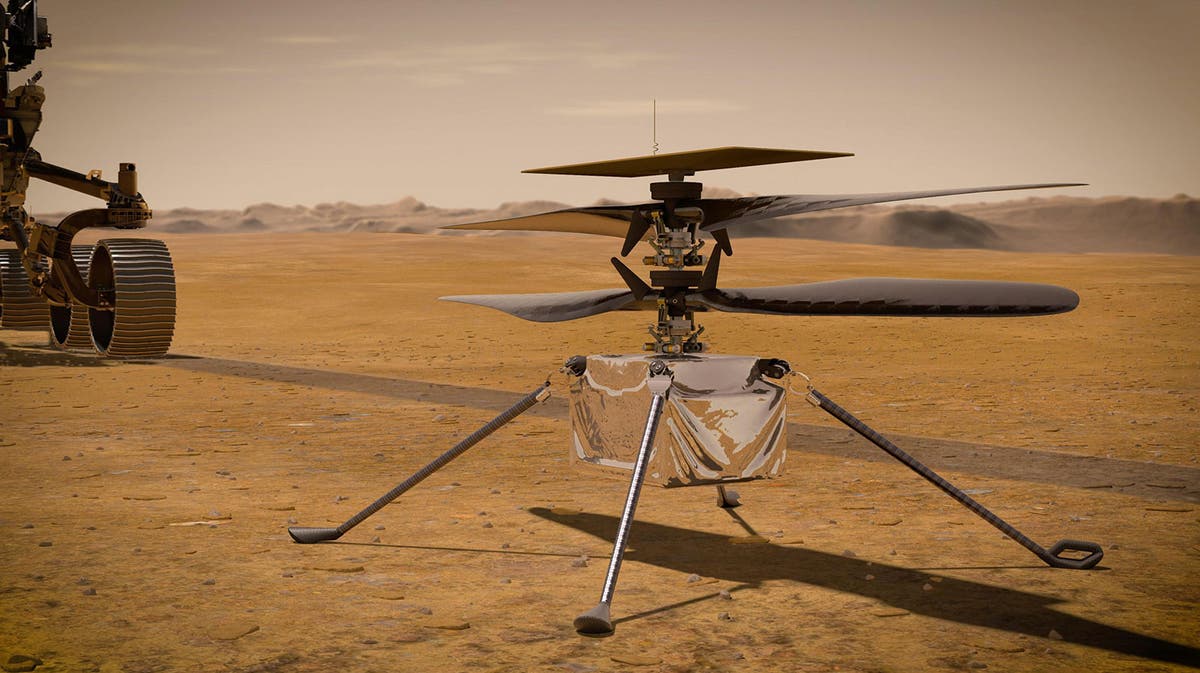 Nasa’s Ingenuity helicopter set for first flight on Mars: When will it be and how to follow

Nasa will attempt to fly its Ingenuity helicopter on Mars at 3.30am EDT on Monday, which if successful would make history as the first powered, controlled flight on another planet.

While the test will serve as a technical demo, assessing the possibilities of flight on another planet, Nasa had earlier noted that a successful attempt may also pave the way for future tandem exploration missions involving both rovers and drones.

The 1.8kg chopper was supposed to have taken off for test flights in recent days but Nasa was hit with a roadblock as the helicopter’s engineers hit a problem during its transition from “pre-flight” to “flight” mode.

Nasa found that this problem was with a particular section of Ingenuity’s control systems called the “watchdog timer” that alerts the system to potential issues and ensures the operation does not continue in the event of detected problems.

Engineers at Nasa’s Jet Propulsion Laboratory (JPL), which runs the Ingenuity mission, proceeded with necessary software updates to troubleshoot the glitch and help the helicopter transition to its flight state.

In the current demonstration, Ingenuity is expected to rise to an altitude of about 3 metres, hover for close to 30 seconds and then land back down.

Experts had called this a tall order given the very thin atmosphere of the Red Planet, and the speeds needed on Ingenuity’s 4m rotor blades to lift it for successful flight.

While choppers on Earth spin at about 400-600 rotations per minute (rpm), Ingenuity’s blades would need at least 2500 rpm to achieve lift.

In an earlier non-flight test, Nasa could demonstrate that the chopper’s blades could spin at 50 rpm on Mars.

The American space agency has said data from the attempted flight would return to Earth a few hours after the test with a livestream announcing the results slated to begin at 6.15am EDT on Nasa’s website and social media platforms, including Facebook and YouTube.

“Aptly named, Ingenuity is a technology demonstration that aims to be the first powered flight on another world and, if successful, could further expand our horizons and broaden the scope of what is possible with Mars exploration,” Lori Glaze, director of the Planetary Science Division at Nasa Headquarters, had said in a March statement.

0 0 0 0
Previous : Biden – focusing what he calls his eyes on the teleprompter words written for him – condemns President Clootin
Next : Police officer’s powerful TikTok on Daunte Wright goes viral