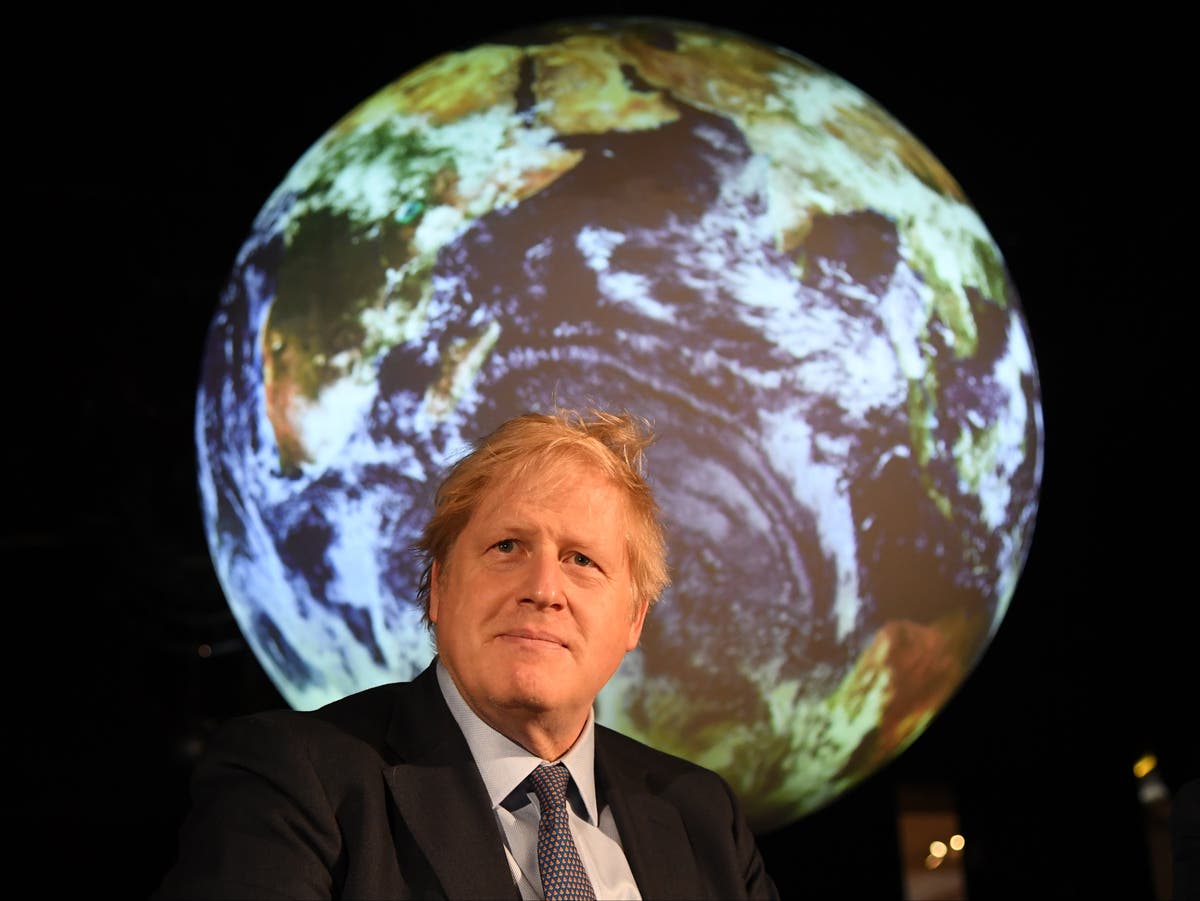 Boris Johnson is being urged to make international climate agreements legally binding amid warnings from scientists that the UK doesn’t have a plan to meet its commitments.

Climate experts and scientists have drawn up draft legislation that could enshrine the Paris Agreement in domestic law and commit the government to producing a plan to meet it.

But despite support from over 118 MPs and peers the government is denying the Commons parliamentary time to discuss the legislation.

Now a letter to the prime minister signed by over 100 climate experts and environmentalists seen by The Independent urges government support for the Climate & Ecological Emergency (CEE) Bill.

It comes ahead of the spotlight turning dramatically on the UK’s climate policy later this year as Britain hosts the G7 summit and the Cop26 meeting.

The bill would compel the government to declare a climate emergency and unveil a plan to meet internationally recognised goals, as well as setting up a citizens’ assembly to consult on the best way to do it.

Professors backing the bill include Joanna Haigh of Imperial College London, Henrietta Moore of UCL, Aled Jones of Anglia Ruskin University and Tim Jackson of the University of Surrey.

Other supporters include the Body Shop and Greenpeace UK, as well as economist Dr Ann Pettifor of the Green New Deal Group.

Green Party MP Caroline Lucas, who is bringing forward the legislation, told The Independent: “Nothing would better give greater meaning to Boris Johnson’s statement that climate is the UK’s foremost international priority than to put the CEE Bill in the Queen’s Speech.

“Coming a month before the G7 summit, it would demonstrate real leadership on climate which the prime minister keeps boasting about but doesn’t deliver. This year, with the UK chairing the G7 and hosting the UN climate summit, is the perfect moment to amplify the message that the climate and ecological crises are being taken seriously.

“The world is watching, but what they’re seeing at the moment is deeply disappointing. The UK’s climate reputation is on the line. If the prime minister wants to rescue it, the best thing he could do is include this bill in the government’s legislative agenda.”

Prof Haigh, one of the experts who designed the bill, told The Independent the law would replace “sorely lacking” mechanisms to turn ambition into reality.

“The UK government made great strides towards addressing the climate crisis when in 2019 it set in law a policy to reduce carbon emissions to net zero by 2050,” she said.

“But the mechanisms desperately needed to enable this to be achieved are sorely lacking, and we have a hotchpotch of green initiatives, with no apparent joined-up thinking, while the Earth’s temperature continues to rise. The implementation of the proposed CEE Bill would provide the clarity and incentives urgently needed to drive action.”

The letter from climate experts states: “The government’s nationally determined contribution (NDC) for Cop26 – committing to reduce emissions by at least 68 per cent by the end of this decade – is ambitious, but the policies and legislation announced to date will not meet it.

“When added together with other nations’ NDCs, it is obvious that planned global emission reductions are nowhere near sufficient to meet the Paris-compliant 1.5C target. The UK cannot persuade other nations to sufficiently strengthen their own contributions if we are failing ourselves.”

It adds: “We respectfully urge you to take up the CEE Bill and allow for full parliamentary scrutiny at the earliest opportunity. Your support will be a fitting way to demonstrate to the world what is needed to address the climate and nature crises at Cop15, as host of the G7 summit and as co-host at Cop26 – and to meaningfully develop the important steps that you have taken to date following on from the UK parliament’s climate emergency resolution in 2019.

“It is said that this government’s approach is defined, not by the words you use, but by the actions you take. We respectfully call on you to take the necessary actions outlined above and adopt, introduce and allow the CEE Bill to progress through parliament.”

Polling previously reported by The Independent earlier this month shows that around three in five voters (58 per cent) say international climate agreements should be made legally enforceable.

The research, carried out by Opinium for the campaign group Compassion in Politics, found just 11 per cent of voters opposed the idea – with cross party support from 47 per cent of Conservatives, 73 per cent of Labour voters, and 68 per cent of Liberal Democrats.