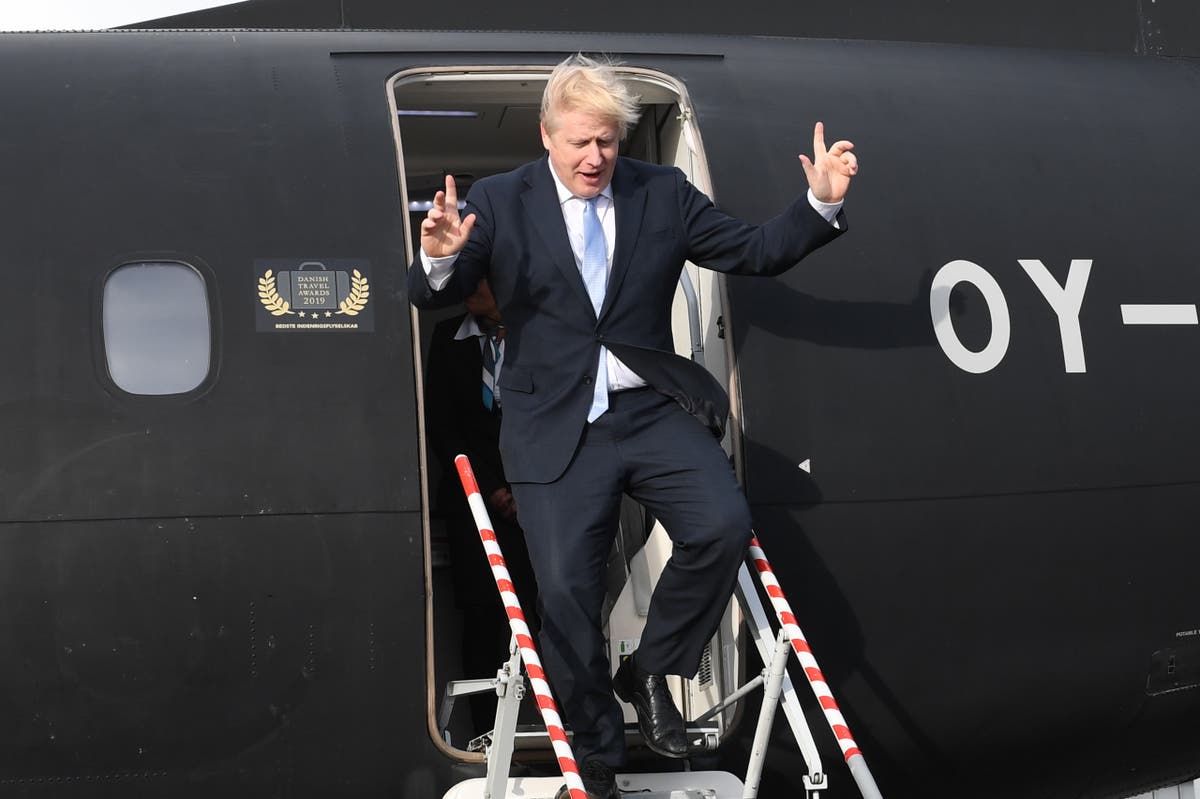 The government is planning so-called “green flights” to take Boris Johnson and other world leaders to the Cop26 climate change summit, according to reports.

Up to 65 heads of state would fly to Scotland on planes using Sustainable Aviation Fuel (SAF), which can be produced from food waste and is touted as reducing carbon emissions by up to 80 per cent compared to traditional fossil jet fuels.

Leaked Department for Transport documents, seen by the PoliticsHome website, suggest the use of SAF for Cop26 is seen as “fundamental” to the success of the event in November.

However environmental campaigners questioned whether the SAF flights are an attempt at “greenwashing”.

The government is also facing pressure to postpone the conference for the second time because of the coronavirus pandemic, with activist Greta Thunberg backing a delay to allow more people to take part once vaccines were shared more widely around the world.

Both the US and EU are said to be sceptical of the chances of the event going ahead as planned, but ministers are said to be determined to welcome as many as 30,000 delegates from around 200 countries.

PoliticsHome reported that one DfT document said: “Three key outcomes include, reducing the overall footprint of the COP, demonstrating feasibility of the SAF supply and providing a positive story of travel to and from the COP.

“The COP unit are working towards a physical COP with 30,000 delegates.”

Another document states that “Sustainable Aviation Fuel (SAF) continues to be a priority among ministers… delivery of SAF at COP26 is now fundamental.”

It comes after the UK aviation industry pledged to cut carbon emissions to zero by 2050 using a combination of new aircraft and engine technology, aviation policy and sustainable aviation fuels.

But Doug Parr, chief scientist for environmental group Greenpeace UK, said that sustainable fuels were not a long-term solution for aviation’s carbon emissions. The industry currently accounts for around 2.5 per cent of global CO2 emissions (9 per cent in the UK).

“At worst they are greenwash for damaging agricultural practice and deforestation. They can also give the deluded impression that a solution to aviation’s climate footprint is just around the corner. It isn’t.

“The UK and other governments need to confront that and what it means for the climate, not create a smokescreen that implies there’s a solution out there soon.”

The Department for Transport said they could not comment on any report based on leaked documents but a spokesperson said: “We remain committed to reducing carbon emissions.”

Meanwhile Boris Johnson is set to announce tougher targets for the UK to cut carbon emissions, according to the Financial Times. It would involve a 78 per cent cut by 2035, compared with 1990 levels, rather than the current target of 80 per cent by 2050.