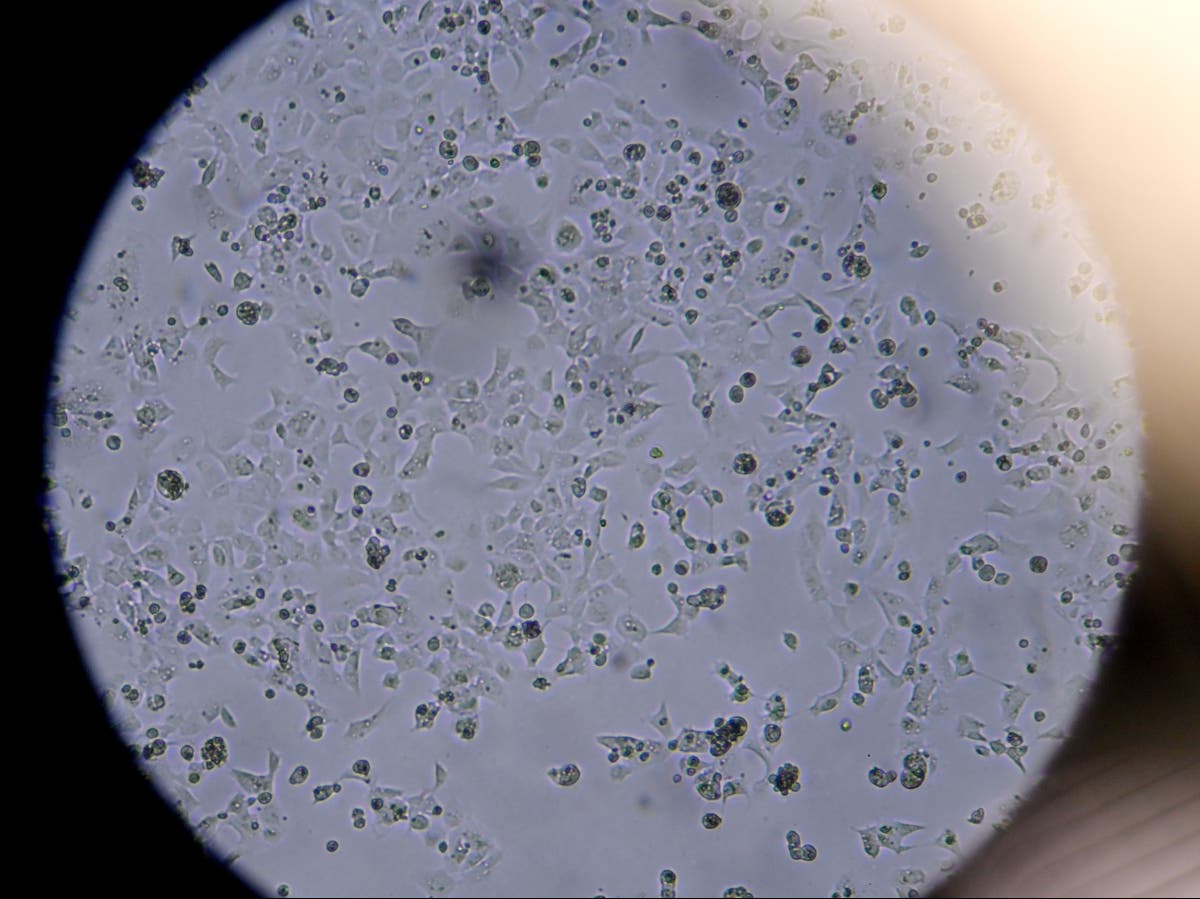 The evolutionary capabilities and unpredictability of coronavirus should not be underestimated, scientists have warned, adding that it remains “unknown” how much further the virus will continue to mutate in the months and years to come.

As the global infection count surges for a seventh consecutive week, after initial optimism that the pandemic had peaked, leading virologists have told The Independent that the world is caught in an “arms race” between the evolution of the virus and the human response – on both an immunological and epidemiological level.

Although the vaccines offer hope in suppressing the pathogen, more needs to be done to ensure the rapid and equitable distribution of doses – otherwise new variants will be allowed to emerge which could spark major future outbreaks, the experts said.

“I think it’d be a brave person to say that the virus is nearing the end of its evolutionary route and can’t go any further,” said Professor Deenan Pillay, a virologist at University College London.

“We’re still early on in the life time of this virus as a human pathogen. It normally takes many years for viruses, once they cross the species barrier, to really optimise themselves to be able to replicate well within humans.”

Seventy-seven cases of the India variant have been discovered in the UK in recent days, and while it is not yet known if it is more dangerous or better able to escape vaccine efficacy, it is believed to contain a double mutation and seems to be partly behind a surge of cases in India.

Aris Katzourakis, a professor of evolution and genomics at the University of Oxford, said even if there were set limits to how far the virus can mutate – as some scientists believe – “there’s always change somewhere else [in the genome] that might unlock possibilities that were previously not seen”.

The unexpectedly fast evolving nature of Sars-CoV-2 has already fuelled the emergence of thousands of variants worldwide over the past 14 months – though only a handful have acquired a specific “constellation” of mutations, as the experts say, which are of particular concern.

From the South African variant, known for its ability to evade parts of the human’s immune system, to the widely spread UK variant, which is highly transmissible, these viruses have demonstrated the way in which Sars-CoV-2 can adapt to a human host when placed under selective pressures.

Their unique mutations are specific to the three-dimensional spikes that coat the shell of the virus. “If you think of a lock and key mechanism, the spike protein is the key and then the lock is the receptor on a human cell,” said Prof Pillay.

Through evolution, this structure has changed shape to make it easier for the virus to bind with and penetrate our cells, as seen with the UK variant.

In some cases, as with the South Africa variant, it has mutated to become less recognisable to neutralising human antibodies which would normally attach to the virus’s spike protein and block its entry.

This type of mutation therefore allows Sars-CoV-2 to slip past the first line of immunological defence in people who have been vaccinated or previously infected, enabling the virus to carry on circulating.

Professor Stephen Griffin, a virologist at Leeds University, believes there “will be a limit on how far the spike protein can evolve” before it passes its peak optimal state. “But I’m not sure we can accurately determine what that limit may be at this point,” he said.

“More generally,” said Prof Katzourakis, “the space that these viruses have to move [in terms of their evolution] is massive.” He explained that the mutations which have dominated the headlines, including the E484K change unique to a number of worrying variants, could “unlock a whole load of other mutations elsewhere in the spike”.

“E484K took about 12 months before it became something we cared about. Presumably, 12 months from now, there’ll be another one or two that are just as important.”

The speed at which the coronavirus has evolved has taken many scientists by surprise. There is a consensus that with more than 138 million infections to date – a figure that is likely to be far higher –the virus has been presented with ample opportunity to mutate.

However, Prof Pillay believes there are other forces at play. “Rather than just mutations, which is one bit of the genetic make-up changing to another, we’ve seen chunks of the genome falling out, what we call genetic deletions,” he said.

“With that happening, this has significantly changed the ability of the virus to keep on evolving. In other words, it becomes jumps of evolution.”

These jumps have therefore drastically altered the shape of the spike protein and allowed the virus to “overcome some of the hurdles” it has faced, said Prof Pillar, including falling contact rates between people and rising immunity levels.

“I wouldn’t put it past this virus to find other ways to evolve. It’s clearly a clever virus,” he added. “If the spike protein gets into that final stage where it cannot evolve anymore without actually losing the ability to effectively bind, then there are other proteins in the virus that may have other functions.

“For instance when the virus gets into the cell by the spike protein, there may be other functions which increase its replication rate. It could take a different route in the future to increase its fitness.”

As a result of the “endless possibilities” available to Sars-CoV-2, said Prof Katzourakis, it remains vital that governments ramp up efforts to “suppress the virus as much as we can” and ensure vaccinations are rolled out as quickly as possible.

For now, there is confidence that the current generation of vaccines will be able to offer high levels of protection against hospitalisation and death from the different known variants in circulation. But that picture could soon change.

“If vaccine escape does happen, and if that escape is substantial, and if we can’t keep up in updating the vaccines, we may have squandered the best tool we have in the fight against this virus,” Prof Katzourakis warned. “In terms of maximising what we have, it pays to do an Apollo-type mission: get it out there everywhere and do it now.”