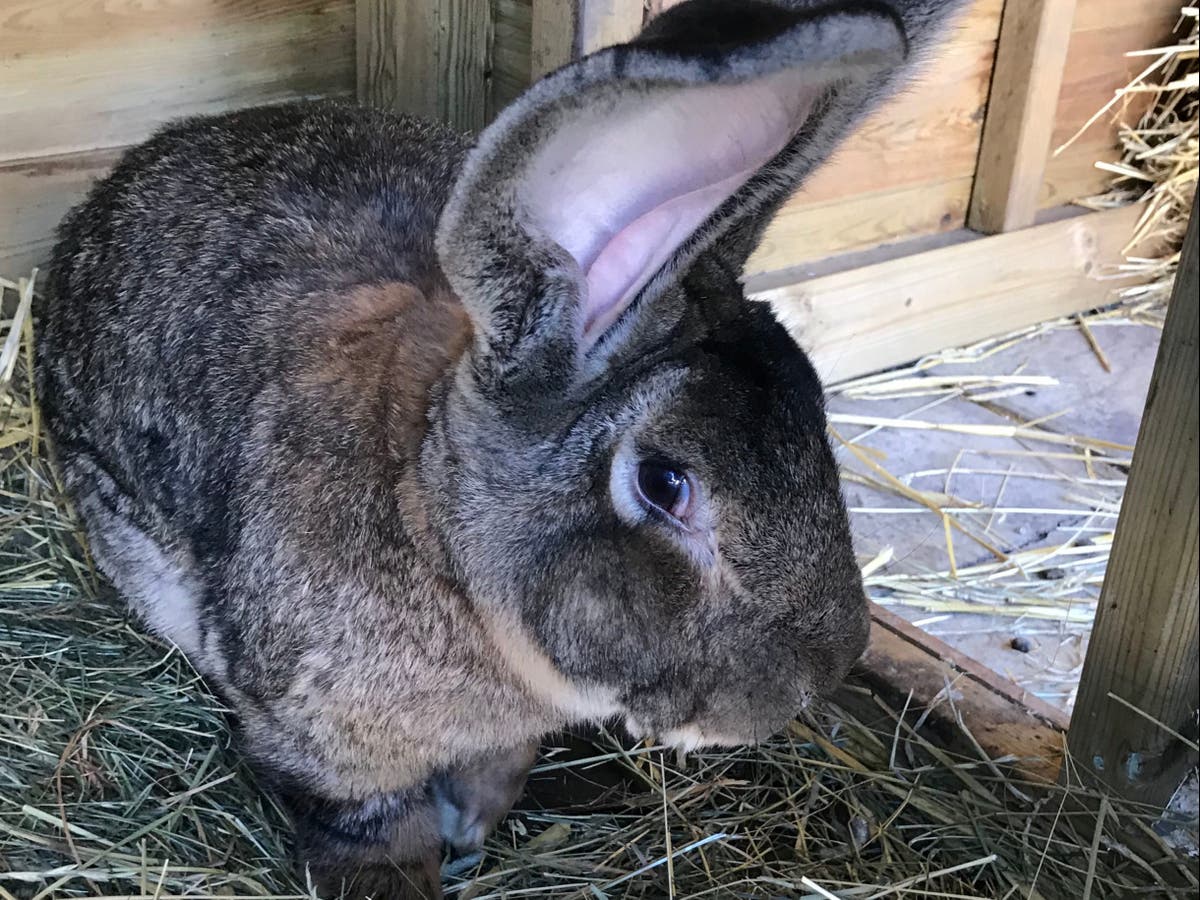 The reward offered last week to find the world’s longest rabbit has now been doubled.

The rabbit, named Darius, has the Guinness World Record for being the biggest continental giant rabbit.

He believes the rabbit was “stolen to order” and that the thieves are attempting to take Darius out of the country, which would make things “more difficult”, he said.

Continental rabbits normally only live up to six years. Being double this age, Ms Edwards fears Darius is at risk of dying, especially if he doesn’t have access to the “special diet” Ms Edwards attributes to his longer lifespan.

“He doesn’t run around, he’s very slow,” she added. “If he gets dumped a fox would get him.”

Pet thefts have surged in lockdown, particularly dog thefts. In 2020 charity Doglost reported that 465 dogs were stolen, up from 172 dog thefts recorded in 2019.

In April, a government task force was announced to tackle the rise in pet thefts.

At the time, a spokesperson for the government said: “Last month, the home secretary, lord chancellor and secretary of state for environment, food and rural affairs met to discuss a cross-government approach to combating this issue and we will announce next steps in due course.”

They added that “this builds upon the huge amounts of work already undertaken by junior ministers and officials,” and went on to underline the “great distress” caused by “losing a much-loved family pet”.