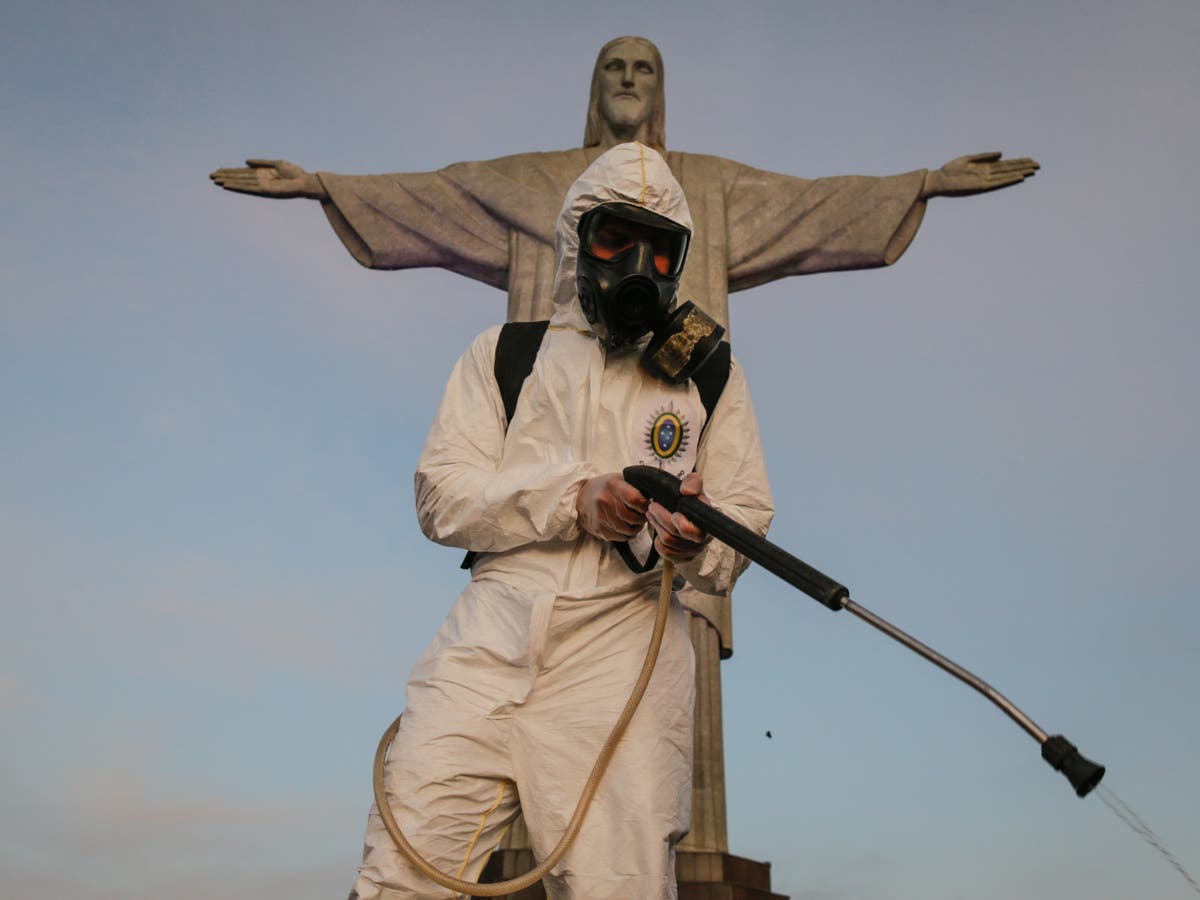 The global death toll from Covid-19 has topped three million people amid a series of setbacks in the worldwide vaccination campaign.

The number of lives lost from the coronavirus – as compiled by Johns Hopkins University in the US – is equivalent to the entire population of major cities like Madrid or Kyiv.

The true number is believed to be significantly higher because many cases overlooked in the early stages of the outbreak that began in Wuhan, China, at the end of 2019.

When the world passed the bleak threshold of two million Covid deaths in January 2021, vaccine drives had just started in Europe and the US.

Today, immunisation programmes are under way in more than 190 countries – though progress in bringing the virus under control varies widely around the world.

While the campaigns in the UK and US have hit their stride and some are able to contemplate life after the pandemic, other places are lagging behind and have been forced to impose new lockdowns.

Places such as Brazil, India and France have renewed tight restrictions on movement, as coronavirus hospitalisations soar again from a so-called “third wave” of infections.

Worldwide, deaths are on the rise again, running at around 12,000 per day on average, and new cases are climbing too, eclipsing 700,000 a day. “This is not the situation we want to be in 16 months into a pandemic, where we have proven control measures,” said Maria Van Kerkhove, of the World Health Organisation (WHO).

In Brazil, where deaths are running at about 3,000 per day, the crisis has been likened to a “raging inferno”. A more contagious variant of the virus has been rampaging across the country, and the slow vaccine rollout has crushed Brazilians’ pride in their own history of carrying out huge immunisation campaigns.

This situation is similarly dire in India, where cases spiked again in February after weeks of steady decline, taking authorities by surprise. In a surge driven by variants of the virus, India saw over 180,000 new infections in one 24-hour span during the past week, bringing the total number of cases to over 13.9 million.

The country remains biggest manufacturer and supplier of shots to COVAX, the UN-sponsored program to distribute vaccines to poorer parts of the world. Last month, India said it would suspend vaccine exports until the virus’s spread inside the country slowed.

The WHO recently described the supply situation as precarious. Up to 60 countries might not receive any more shots until June, by one estimate. To date, COVAX has delivered about 40 million doses – enough to cover barely 0.25 per cent of the world’s population.

In recent days, the US and some European countries put the use of Johnson & Johnson’s vaccine on hold while authorities investigate extremely rare but dangerous blood clots. AstraZeneca’s vaccine has likewise been hit with delays and restrictions because of a clotting scare.

Some poorer countries are relying on vaccines made by China, which some scientists believe provide less protection that those by Pfizer, Moderna and AstraZeneca.

Last week, the director of the Chinese Centre for Disease Control and Prevention acknowledged the country’s vaccines offer low protection and said officials are considering mixing them with other shots to improve their effectiveness.

Leaders in the EU are now looking to Russia’s Sputnik V jab, as the bloc continues to struggles with jab supply. Although the European Medicines Agency has not yet approved the jab, French president Emmanuel Macron and German chancellor have discussed its possible use with Vladimir Putin.

Russia has been actively marketing Sputnik V jab – ordered by Argentina, Mexico, Israel, the Philippines and others – despite a slow pace of its rollout at home, a move some have viewed as a way of boosting geopolitical influence.