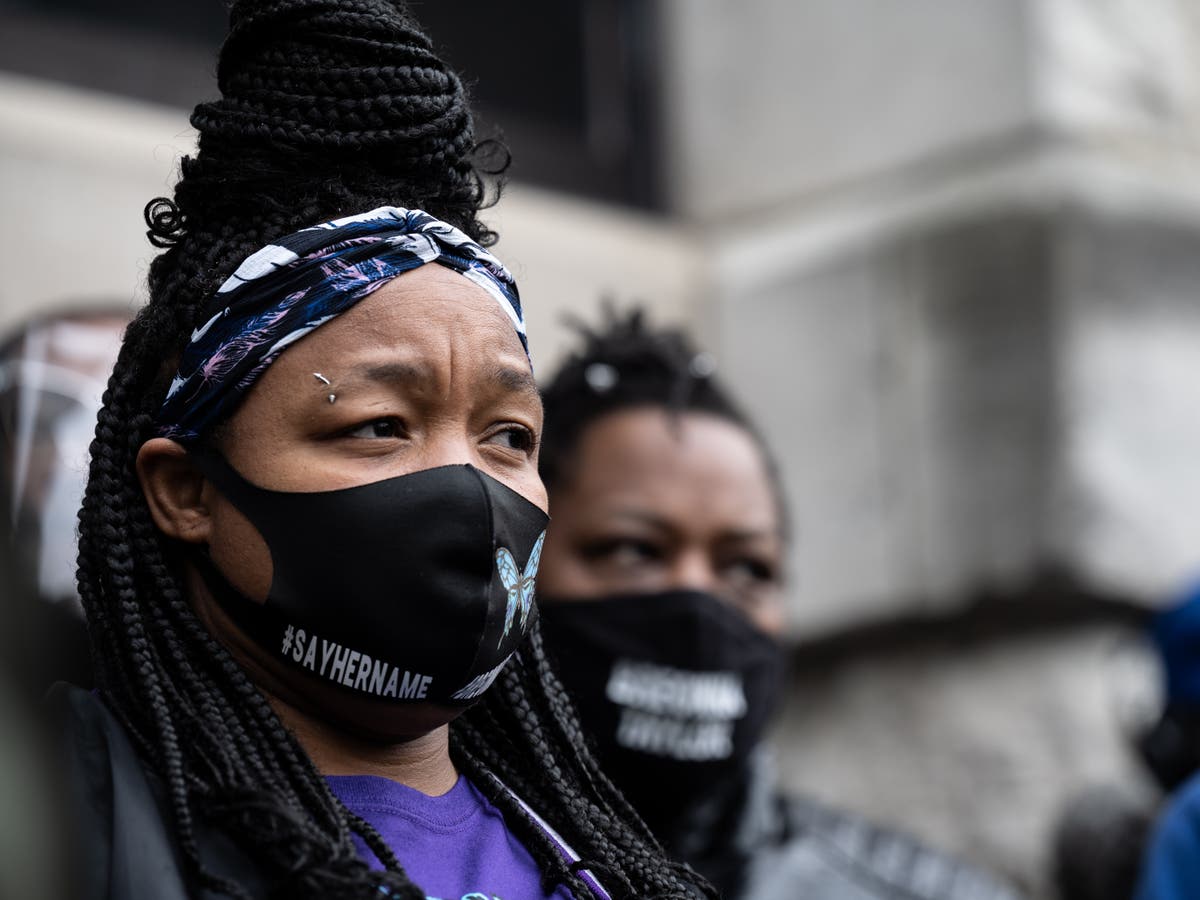 “I have never personally dealt with BLM Louisville and personally have found them to be fraud [sic],” Ms Palmer wrote on Wednesday. A screenshot of the post was later published by a local media show.

Ms Palmer gave credit to family, friends and local activists for supporting her family after the death of her daughter. Ms Taylor, who was 26, died following a police shooting in her home during the execution of a no-knock warrant.

Ms Scott has pushed for a ban on no-knock warrants since Ms Taylor’s death.

“I could walk in a room full of people who claim to be here for Breonna’s family who don’t even know who I am,” she added.

She criticised people who have raised money for Ms Taylor’s family without knowing them, writing: “I’ve watched y’all raise money on behalf of Breonna’s family who has never done a damn thing for us nor have we needed it or asked so Talk about fraud.

“It’s amazing how many people have lost focus Smdh. I’m a say this before I go I’m so sick of some of y’all and I was last anybody who needs it I’m with this enough is enough!!”

Ms Taylor died after being shot six times as police returned fire after her boyfriend Kenneth Walker discharged his weapon, hitting one of the officers, as they used a battering ram to enter the apartment.

Two of the three officers who used their guns have been fired, with one remaining on the job. None of the officers have been charged in the death of Ms Taylor, but one of them is facing charges for wanton endangerment in respect of bullets that entered another apartment.

Sgt Jonathan Mattingly, who remains on the police force, is writing a book about the event and its aftermath to be published by Post Hill Press.

The Independent has reached out to BLM Louisville and Representative Attica Scott for comment.