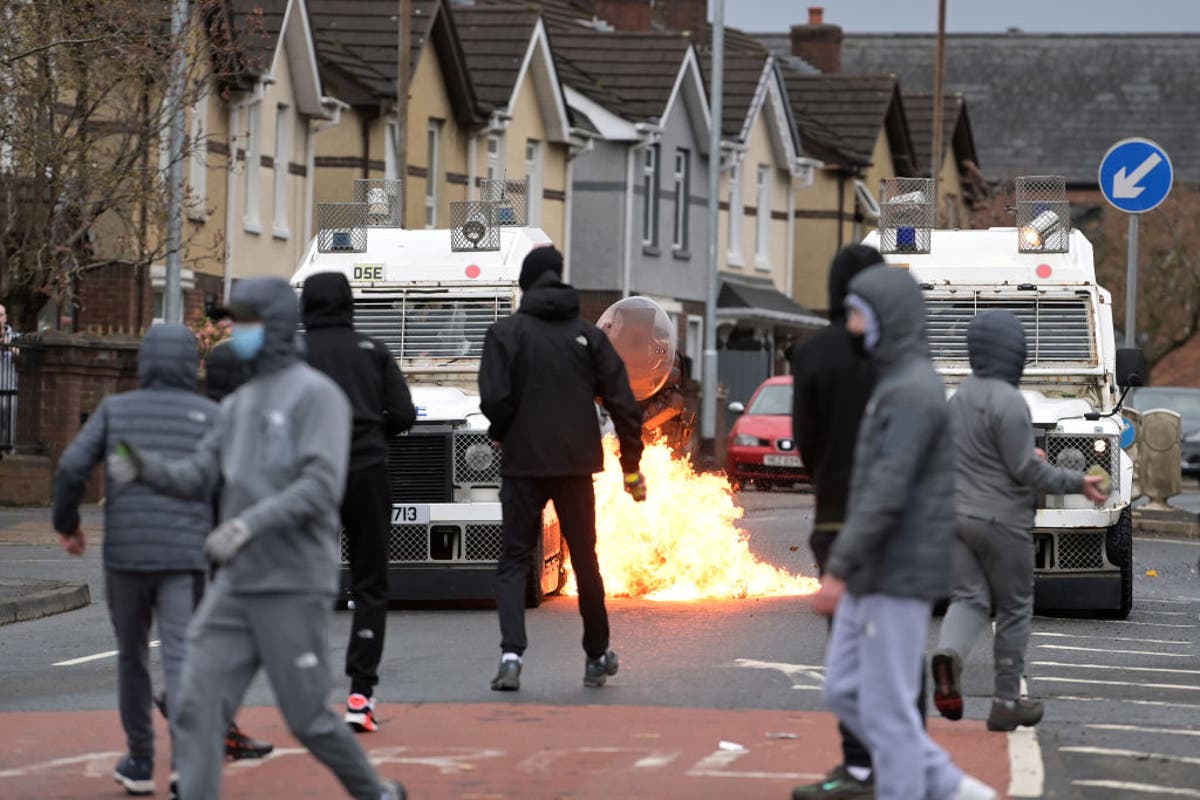 When Britain debated the case for leaving the EU before the 2016 referendum, two former UK prime ministers, John Major and Tony Blair, travelled to Belfast. They warned that the open border between the north and south of Ireland was inconsistent with the UK leaving the EU single market.

The UK, said Major and Blair, would be faced with a choice between abandoning that open border or keeping Northern Ireland inside the single market, with the province being treated differently from the rest of the UK. Five years later, the recent episodes of violence on the streets of Northern Ireland have made their concerns look alarmingly prescient.

The causes of unrest are greater than Brexit. Northern Ireland is a post-conflict society with past injustices fuelling many grievances. The riots led by the loyalist gangs in recent weeks were partly stoked by the decision of the police not to prosecute nationalist politicians for breaches of coronavirus lockdown restrictions. But it is undeniable that Northern Ireland’s post-Brexit status has contributed to disrupting the equilibrium that the Good Friday Agreement secured 23 years ago.

The real cause for concern is that the tensions will heighten as new economic barriers emerge over time. There are currently waivers in place for east-west checks of products of animal origin, parcels and medicines. The government’s decision to unilaterally extend these waivers has delayed the problem, but it didn’t resolve it. New border inspection posts are yet to be built at the ports in NI; the impacts of full checks remain to be seen; and the border will harden over time as GB gradually moves away from EU single-market rules, deepening the regulatory differences with NI. Add to this the forthcoming Stormont election, and the mix is combustible.

True, the situation is the unavoidable price of Britain leaving the single market while avoiding the imposition of new checks on the island of Ireland. UK prime minister, Boris Johnson, agreed to this in full knowledge of the consequences. But the new reality shows the fragility of the situation and the risks that must be confronted – and not ignored.

Unionists would like to see the protocol scrapped altogether, while some in London would like to see it proven unworkable so it can be replaced with a looser arrangement. But the answer is not renegotiating the protocol or scrapping it; there is no credible alternative to it without either the UK re-joining the single market or imposing a border on the island of Ireland. The next-best alternative is a pragmatic, light-touch approach to implementing the protocol to minimise its consequences on the lives of people in Northern Ireland.

Any light-touch approach must deal with two issues. First, it has to reduce the biggest source of friction: onerous requirements on products of animal and plant origin and live animals. It is often argued that, if the UK chooses to follow EU SPS rules, the problems would largely go away. But negotiating this would be far from straightforward; it would involve agreeing on a new treaty, with some UK participation in EU agencies; a new dispute resolution process with a binding role for the European Court of Justice; and the British public accepting some public health risks be managed by Brussels, with no British input into EU decisions.

The alternative is not trying to eliminate all checks and requirements, but to reduce the need for them to the greatest extent possible. British exporters of regulated goods into NI already have to meet relevant EU standards. What London and Brussels need to agree on is a regime based on prior verification of compliance for the exports intended for consumption in NI, with common governance to manage any risks of onward circulation into the single market. Such a regime would require the EU to agree to an NI exemption from EU rules for third-country imports, but it could be underpinned by a robust surveillance system to provide the EU with reliable data about goods movements.

This regime would not eliminate all checks – there would still be some on live animals, non-verified exporters and goods declared at risk of onward movement into the single market. But it would reduce the need for, and frequency of, physical inspections at the ports and airports, minimising the impacts of the Protocol on the ground in Northern Ireland and taking the heat out of the issue.

The second aspect of any solution must be common governance. To manage new barriers and shared risks as they arise over time, the two sides could create a joint consultative group on east-west trade. This could reassure the EU that risks can be managed, while also supporting the operation of Article 6 of the Protocol on the UK internal market, which states that the Joint Committee should “facilitate trade between Northern Ireland and other parts of the UK … with a view of avoiding controls at the ports and airports of Northern Ireland to the extent possible”.

What stands in the way of progress is not the lack of solutions, but the politics. If London thinks that the unrest would put more pressure on the EU, it will not be forthcoming with solutions. If, by contrast, Brussels and EU capitals believe that London finds itself in a situation with all the responsibility, they will offer few exemptions from EU rules. This political environment cannot lead to constructive solutions.

Social unrest cannot be a negotiating tool in politics. The government in London must not overestimate the strength of its position and Brussels must not underestimate the fragility of the NI situation. Meanwhile, London and Dublin must stress that both communities have legitimate identities. There is a way to diffuse the “Brexit factor” that has contributed to the unrest in Northern Ireland. But pragmatism must trump politics before any further damage is done.