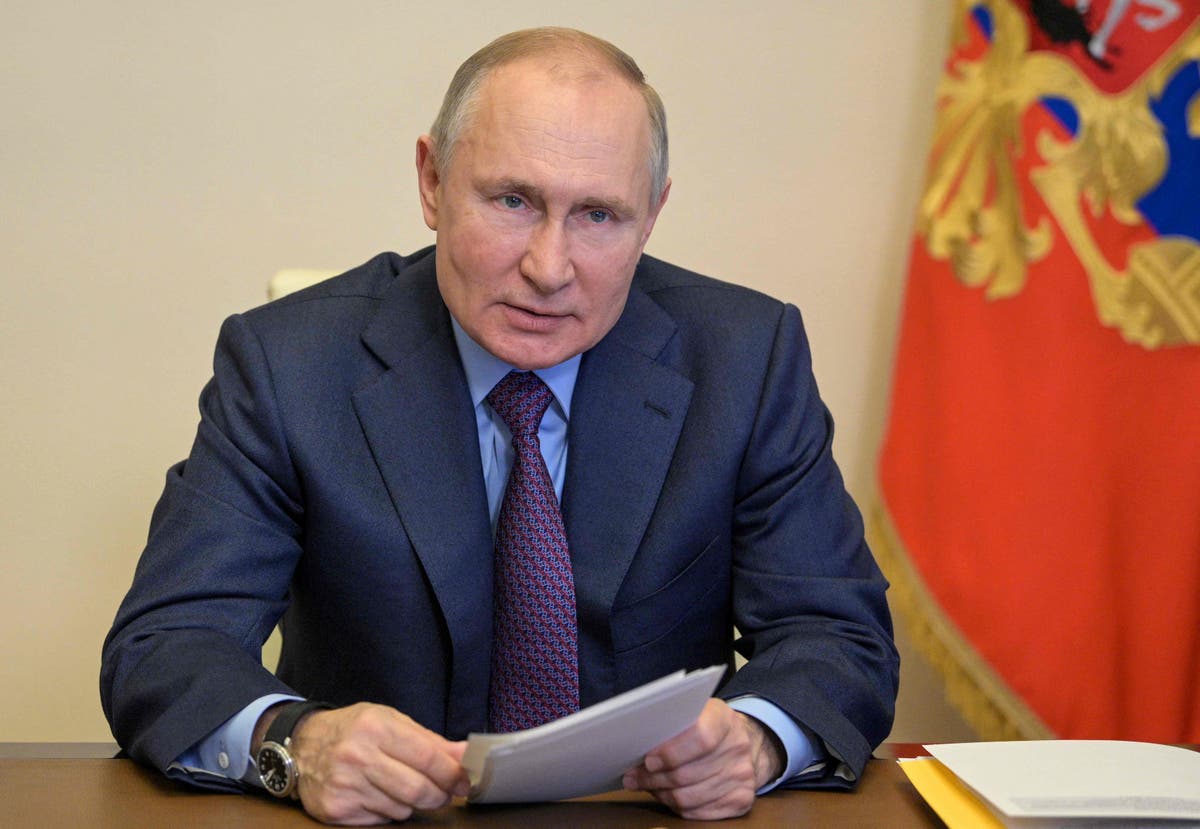 Russia has threatened to strike back after President Biden expelled diplomats and announced a series of sanctions over election interference and cyberattacks.

Announcing the measures, Mr Biden said “we cannot allow a foreign power to interfere in our democratic process with impunity.”

The president said he wanted a “stable” and “predictable” relationship with President Putin, but the Kremlin immediately hit back, vowing swift action of its own.

Deputy foreign minister Sergei Ryabkov warned that “a series of retaliatory measures will come in the nearest time.”

Elsewhere, Democrat House speaker Nancy Pelosi poured cold water on colleagues’ hopes of introducing a bill aimed at expanding the size of the Supreme Court from nine to 13.

The veteran lawmaker said court expansion was “an idea that should be considered”, although she has “no intention to bring [the bill] to the floor”. Ms Pelosi is said to prefer the president’s commission to study court reform.

Beijing warns US, Japan against collusion vs China

China said on Friday it has expressed “serious concerns” to the United States and Japan over what it calls negative moves and collusion between the two countries against China.

White House: Intel on Russian ‘bounties’ on US troops shaky

A mother of a transgender boy broke down before the lawmakers as she delivered a powerful speech against a bill that would criminalise parents who provide gender-transition healthcare support to their children.

Russia will from next week block access to a part of the Black Sea in the direction of the Kerch Strait, according to Ukraine’s foreign ministry.

The move came as President Joe Biden prepared to announce sanctions and the expulsion of a number of Moscow diplomats from Washington.

Ukraine says the Kerch Strait is closed for warships and state vessels of other states under the pretext of military training.

“Against the backdrop of the ongoing military build-up along the state border of Ukraine, Russia expanded its escalation on the sea,” a ministry statement said on Thursday.

“It transfers warships from the Caspian Sea, reinforces its military capabilities in the Azov-Black Sea region, and without any legal grounds decided to close this water area for foreign warships, including Ukrainian ones.

“Such behaviour clearly indicates Russia’s unwillingness to cease its aggression against Ukraine with the use of military and hybrid methods.

“We call on international partners to increase political and diplomatic pressure on the aggressor state so that it revokes the decision to close the water areas and stops the escalation in the Azov-Black Sea region.”

Hawaii congresswoman Tulsi Gabbard has called on President Joe Biden to “ratchet down” what she described as the US’s “new cold war” with Russia.

“We need you to be the president who has the vision and courage to move us into a 21st century of peace and prosperity; ratchet down the new cold war with Russia and China, replacing the policy of confrontation with cooperation,” she said.

Throughout his decades in public life, Prince Philip was known for putting his royal foot in his mouth with occasional off-the-cuff remarks that could be embarrassing. But his faux pas at a White House dinner with President Richard Nixon in 1969 was enough for Philip to actually lose sleep.

In a handwritten note to the president uncovered by archivists at the Richard Nixon Presidential Library and Museum in Yorba Linda, California, the Duke of Edinburgh wrote to “humbly apologize” for failing to toast the president’s health as dictated by protocol during a “stag” dinner in his honour.

President Joe Biden is welcoming Japan’s prime minister to the White House on Friday in his first face-to-face meeting with a foreign leader, a choice that reflects Biden’s emphasis on strengthening alliances to deal with a more assertive China and other global challenges.

Ms Greene, known for her controversial views against the climate crisis, challenged Ms Ocasio-Cortez after her comment on President Joe Biden’s recent $2 trillion climate-focused infrastructure package, calling it “disappointing” and not enough.

Putin ‘not likely’ to change behaviour despite sanctions

President Putin is unlikely to change his behaviour following fresh US sanctions, a former assistant secretary of state has warned.

Daniel Fried, ex-assistant secretary of state for European and Eurasian Affairs, said it was important for the Biden administration to keep diplomatic channels open.

“The issue is, how can we push back against Mr Putin’s aggression, while at the same time keeping open channels of communication and continuing to cooperate with Russia in areas of mutual interest,” he said.

“And it seems to me the Biden administration has done a pretty good job framing up the relationship in exactly this way.”