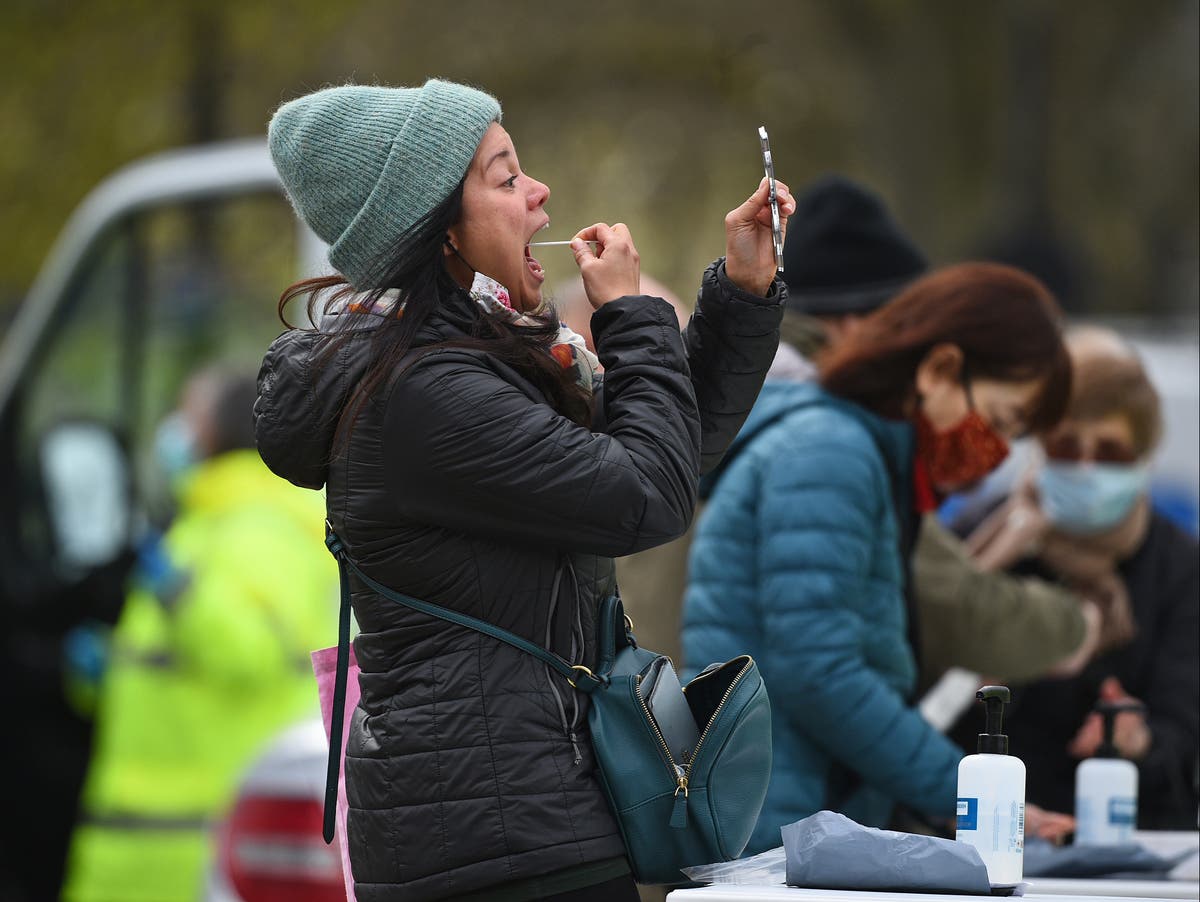 The numbers of people testing positive for coronavirus has continued to fall across England, according to the data.

The Office for National Statistics said almost one in 500 people in the community across England had Covid-19 in the week ending 10 April.

This equated to around 112,000 people infected with the virus, one in 480, the lowest levels since September.

But the ONS warned the trend for infections across most regions was uncertain.

It said the highest percentage of people testing positive for the virus was in the northwest while in the Yorkshire and Humber and southeast regions rates have fallen.

The percentage of people testing positive in England also fell for most age groups except school children from 11 to 16. Among the over 50s, the ONS said the trend was uncertain.

The infection survey is based on 560,000 swab results taken over the last six weeks and excludes hospitals, care homes and other institutions.

In Wales, rates continued to fall with an estimated 3,600 infected people, around one in 920. In Scotland around 10,500 people were though to have the virus up to the 10 April – around one in 500. The rates in Northern Ireland are at around one in 710 people.

An ONS spokesperson said: “It is encouraging that across the UK we have seen a decrease in the percentage of people testing positive in the latest time period, with rates now similar to what we saw in early September last year.

“Across England there was a mixed picture. Whilst we saw decreases in some regions the majority of regions’ trends remain uncertain, underlining the continuing need for caution.

“As restrictions are lifted we will continue to closely monitor their impact on infection rates.”

The latest results come after the discovery of of 77 UK cases of a coronavirus variant which was first detected in India.

Officials have designated it a “variant under investigation” (VUI) rather than a “variant of concern” (VOC), such as the Manaus (Brazil) or South African variants.

It is understood that the cases detected in England are dispersed across different parts of the country.

Downing Street has insisted that the red list of countries is “under constant review”, when asked why India has not been put on it despite a high number of cases.

A Number 10 spokesman told a Westminster briefing: “We add and remove countries based on the latest scientific data and public health advice from a range of world-leading experts.

“We keep it under constant review and we won’t hesitate to introduce tougher restrictions and add countries if we think it is necessary.”

The ONS infection survey is a joint project between the ONS and the Department for Health and Social Care working with the University of Oxford and UK Biocentre to collect and test samples.