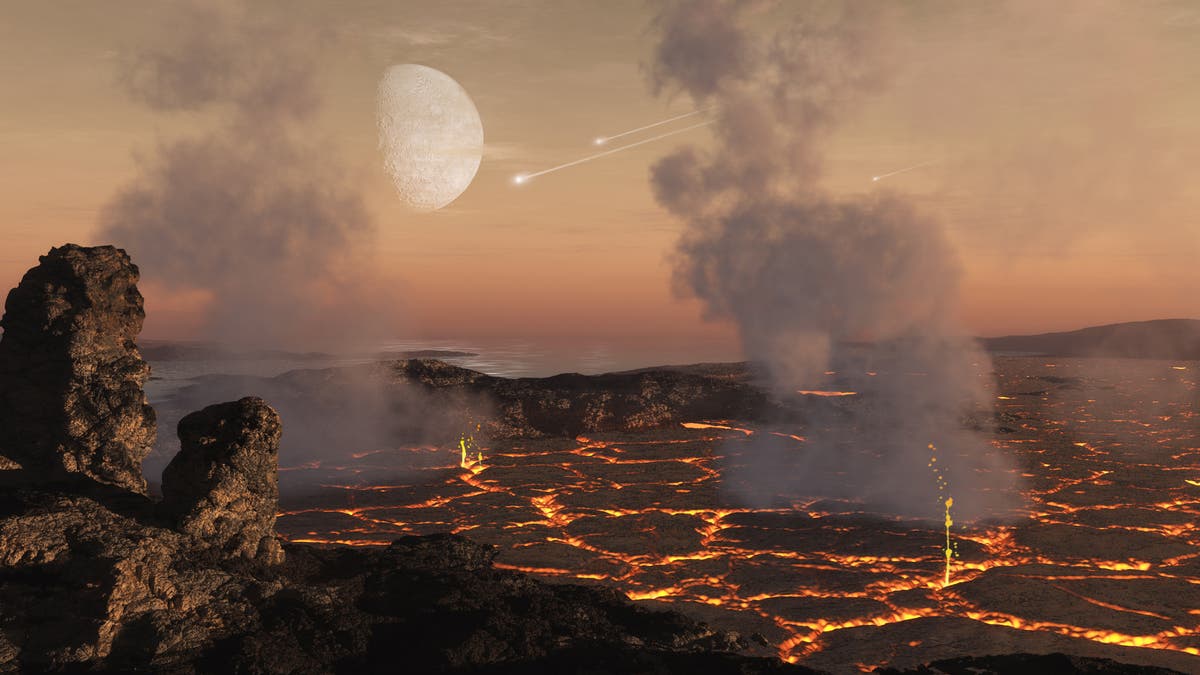 We may be wrong about the atmosphere of alien planets, say scientists who cooked meteorites

Our understanding of alien planets might need revision, according to scientists who cooked meteorites.

The atmospheres of other rocky planets like our own Earth could be significantly different from the assumptions that researchers currently use when they create theoretical models of the ways they form, the new research suggests.

Scientists drew the conclusion after conducted novel research that saw them heat pieces of meteorite in a high-temperature furnace, and watch for the gases that were released. It is detailed in an article published today in the journal Nature Astronomy.

“This information will be important when we start being able to observe exoplanet atmospheres with new telescopes and advanced instrumentation,” said first author Maggie Thompson, a graduate student in astronomy and astrophysics at UC Santa Cruz.

The researchers used three meteorites: the Murchison chondrite, which arrived Australia in 1969; Jbilet Winselwan, from Western Sahara in 2013; and Aguas Zarcas from Costa Rica in 2019.

All of those meteorites were taken from our own solar system, given that there is no access to visitors from the kinds of other worlds that the study aims to understand. But researchers say there is still plenty to learn from the rocks.

“It may seem arbitrary to use meteorites from our solar system to understand exoplanets around other stars, but studies of other stars are finding that this type of material is actually pretty common around other stars,” said coauthor Myriam Telus, assistant professor of Earth and planetary sciences at UC Santa Cruz.

Researchers have historically believed that the rocky planets like our own get their early atmosphere when gases are released out of the surface of the planet. As they are heated up by processes including volcanic actvity, the gases are pushed out, and go on to form the atmospheres that help shelter us on Earth and may help alien life elsewhere in the universe.

By baking the rocks, researchers intended to recreate that process, using pieces of meteorite that are referred to CM-type carbonaceous chondrites, and are composed similarly to the material that formed our sun and planets.

“When the building blocks of a planet are coming together, the material is heated and gases are produced, and if the planet is large enough the gases will be retained as an atmosphere,” explained coauthor Myriam Telus, assistant professor of Earth and planetary sciences at UC Santa Cruz. “We’re trying to simulate in the laboratory this very early process when a planet’s atmosphere is forming so we can put some experimental constraints on that story.”

To conduct the simulations, researchers built an oven that is something like the beginnings of a rocky planet: a furnace that could heat the rocks up to 1200 degrees Celsius, attached to a mass spectrometer and vacuum that allowed them to analyse the gases as they came out.

They found that water vapour made up most of the gas, alongside significant parts of carbon monoxide and carbon dioxide, and less hydrogen and hydrogen sulfide.

Often when creating models, researchers assume a similar make up to that on the Sun – referred to as “solar abundances” – with a lot of hydrogen and helium, which is likely to work for bigger planets similar to our Jupiter, which get their atmosphere from gaseous clouds coming out of their star.

Planets like ours, however, are thought to get more of their atmosphere from gasses that come up from the surface, in a process called “outgassing”. Study of meteorites suggest that would lead to an early atmosphere with more water vapour.

0 0 0 0
Previous : BATTLE BUS LIVE 🎥🚌🇬🇧 | THIS IS OUR MANIFESTO FOR THE FUTURE- BRIAN ROSE
Next : The ancient propaganda war that led to the triumph of Christianity