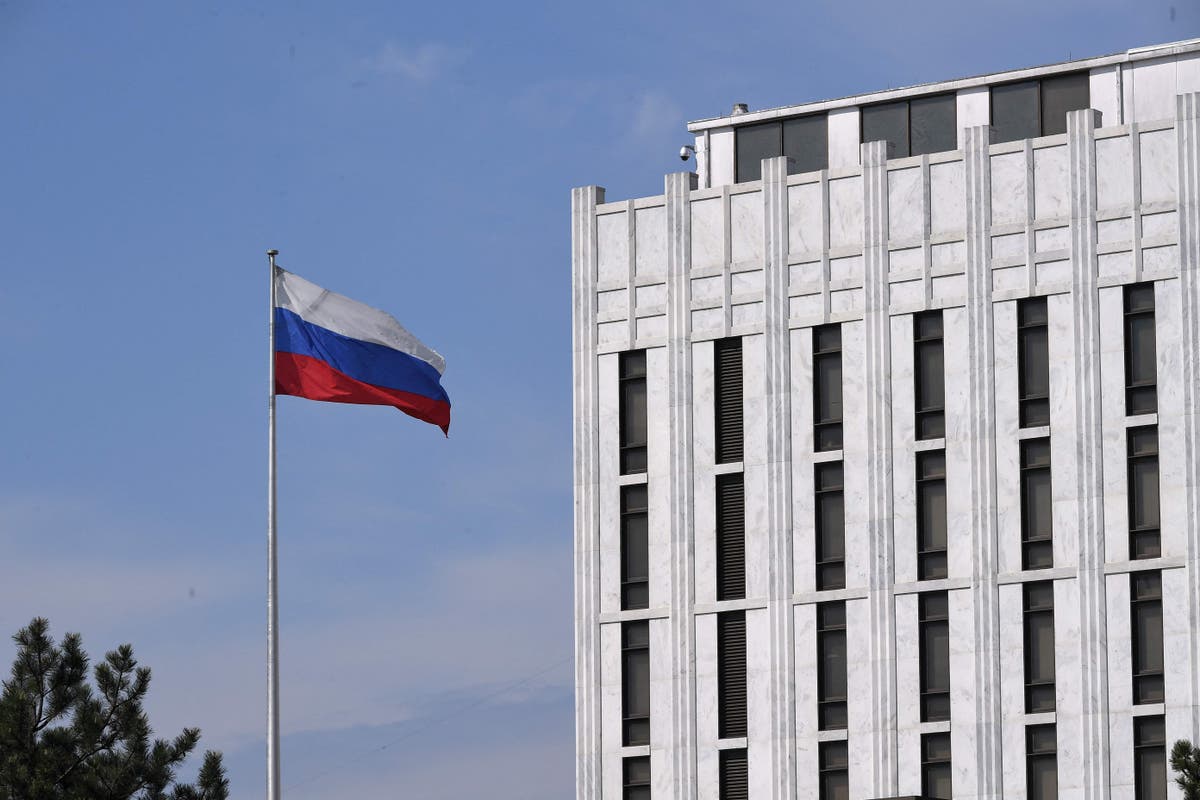 A Russian intelligence agent accused of attempting to undermine US election integrity and sow disinformation was among Kremlin-linked figures targeted in Russian sanctions announced on Thursday.

Following a 2018 indictment, the FBI has offered a reward of up to $250,000 for information leading to the arrest on charges of “obstruction of justice and engaging in a conspiracy to obstruct justice” related to unregistered lobbying work as a foreign agent in the US.

A recent report from US intelligence officials also assessed that Kremlin-backed figures associated with Mr Trump’s attorney Rudy Giuliani “met with and provided materials” to Trump officials to pursue formal investigations into then-candidate Joe Biden, hired a firm to petition US officials, and “attempted to make contact with several senior US officials” and established media figures during the lead up to the 2020 election.

The men “helped produce a documentary that aired on a US television network in late January 2020”, according to the report.

A network of online influence actors also sought to “affect US public perceptions of the candidates” while also undermining public confidence in elections and inflaming the nation’s existing social and political tensions, the report says.

According to the report, “Russia’s online influence actors sought to amplify mistrust in the electoral process by denigrating mail-in voting, highlighting alleged irregularities and accusing the Democratic Party of voter fraud” – claims that were central to Mr Trump’s campaign and legal battle before and after his election loss, as well as a barrage of GOP-sponsored efforts to restrict ballot access.

Investigations in the wake of the 2016 election found that Mr Manafort sought to pass internal polling and campaign information to Mr Kilimnik, but the Senate Intelligence Committee was not able to determine what he did with it, though the committee pointed to findings that suggested he may have been involved with attempts to leak Democratic emails.

The Treasury Department’s sanctions announcement on Thursday also echoes allegations that Mr Kilimnik sought to promote a false narrative that it was Ukraine – not Russia – that backed efforts to interfere with the 2016 election, and that he was involved with a plan to return former Ukrainian President Viktor Yanukovych to power.

0 0 0 0
Previous : "THE GOVERNMENT REWARDS YOU FOR HAVING PINTS AND EATING BAD FOOD!" 🚫HEALTH FIRST! 👊
Next : Black actress cast as Tudor Queen Anne Boleyn