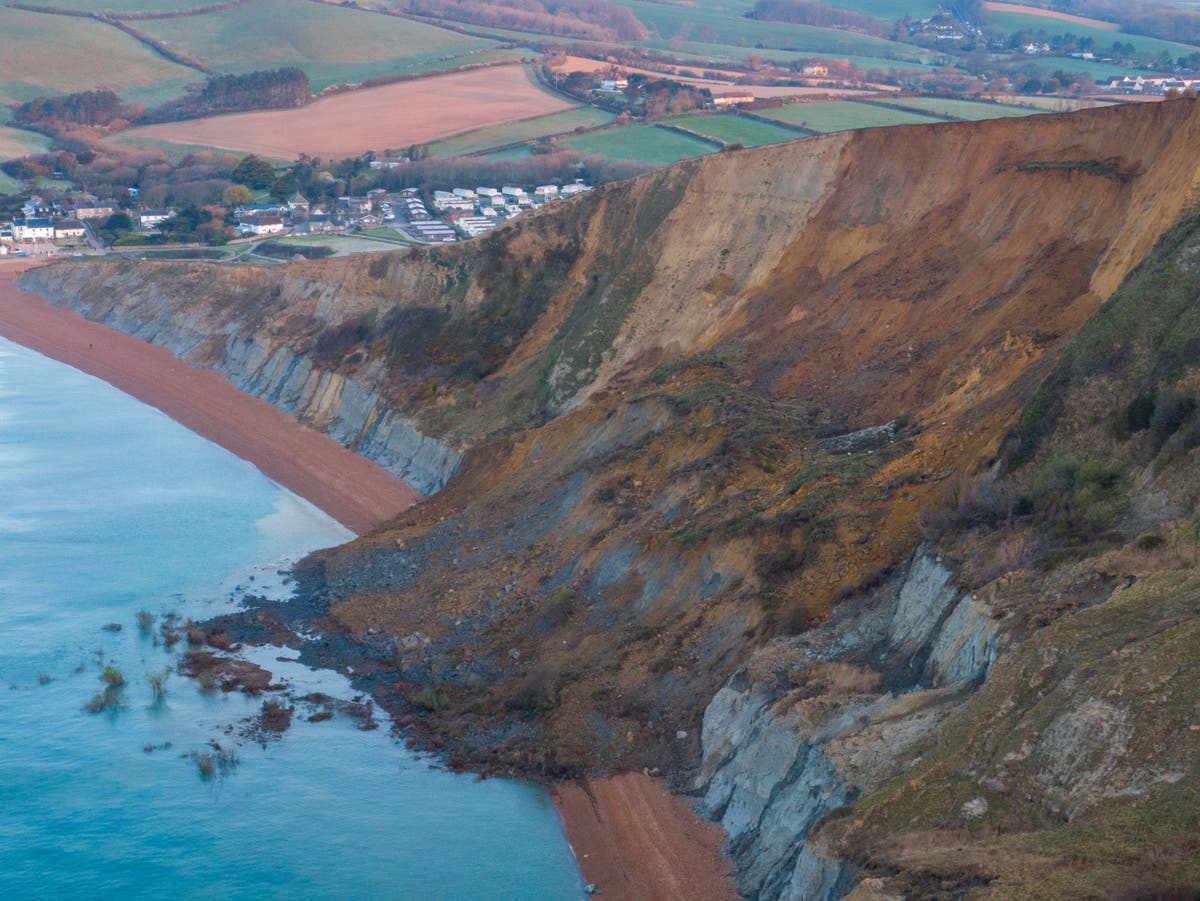 A large section of cliff along Dorset’s Jurassic Coast has collapsed into the sea in one of the area’s biggest rockfalls in decades.

Around 300m of cliff – weighing nearly 4,000 tonnes – along the coastal path near to Seatown collapsed earlier this week, with further sections of cliff said to be unstable. Dorset Council warned more of the cliff was expected to be lost.

Tuesday’s rockfall, described as the biggest in 60 years, saw part of the 130m-high cliff slide into the sea, blocking a 300m stretch of beach between Seatown and Eype Beach with boulders the size of cars.

“The Jurassic Coast is an amazing place to visit but it is an ever changing landscape,” Dorset Council said.

“Wind, waves and weather all act on the cliffs which can fall and slip without warning.

“So stay safe – keep away from the tops or bases of the cliffs and stay off slip material on the beach.”

The path has now been cordoned off and council and National Trust staff plan to use ropes to direct walkers away from the cliff edge.

He said: “The county council are aware of it and I know their rangers have been out assessing the damage.I believe it was caused by substantial cracks around the cliff, which have occurred as part of natural erosion.

”The recent warm days and cold nights probably haven’t helped either and we’re expecting to see a fair bit of this in the coming weeks.”

He added: “High tides will eventually see the debris disappear but at the moment the beach is completely cut off.

”We weren’t called out to it, as there is not any danger to life, but we did get a lot of calls about debris in the water.

“The fall was so big that people thought the rocks and trees were vessels and/or people in difficulty.”

0 0 0 0
Previous : Battle Bus Live: Launching My Manifesto
Next : No 10 refuses to say if Boris Johnson had ‘private conversations’ with Saudi prince by WhatsApp