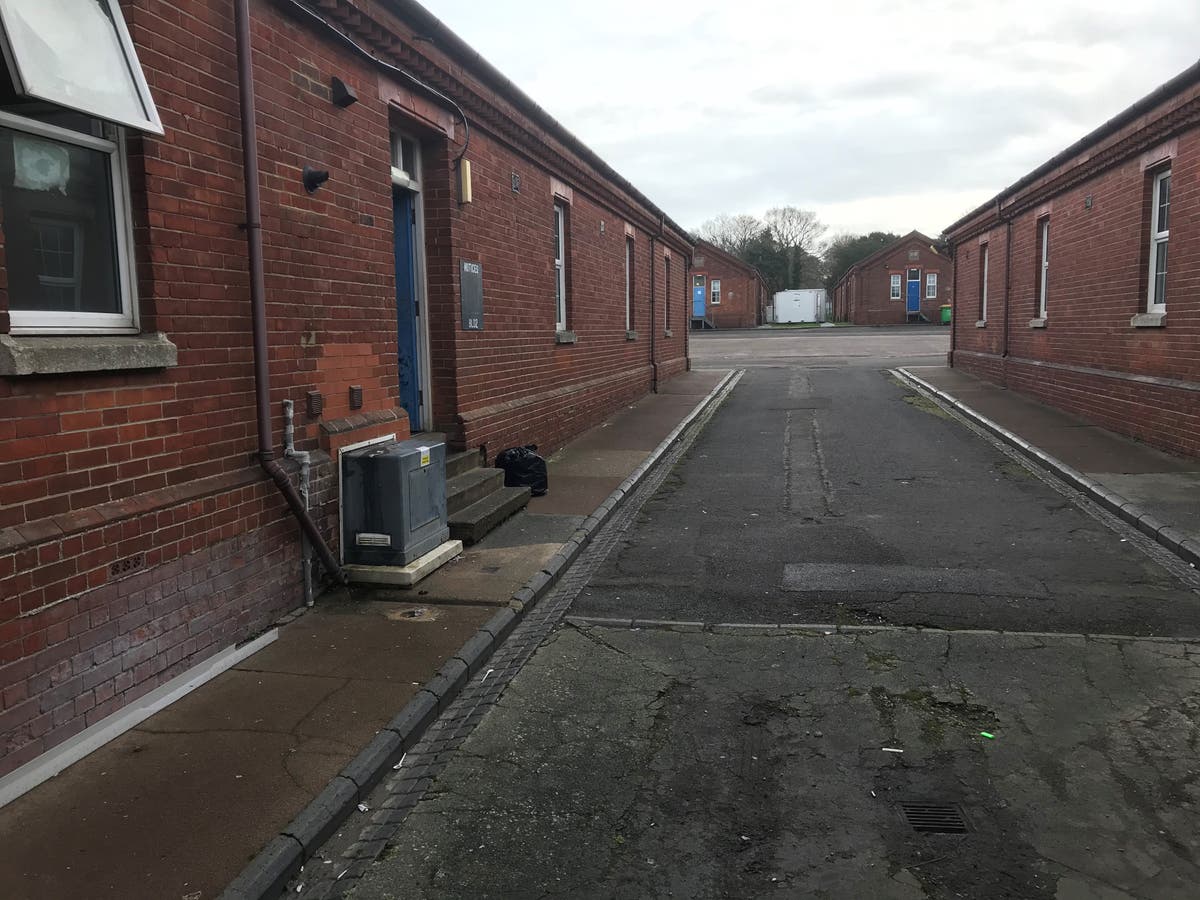 The Home Office has admitted that it placed asylum seekers at increased risk of contracting coronavirus when housing them in military barracks, and justified this by saying the men were “young and healthy”.

Priti Patel’s lawyers said she had “always accepted and acknowledged that transmission risk is higher in congregate settings” such as Napier Barracks in Kent, where she placed 400 asylum seekers last September.

A Covid outbreak occurred at the site – where residents were housed 14 to a dormitory – in January, leading to 200 people testing positive. Residents were told during the outbreak that they must not leave the premises, which caused considerable distress.

The camp was emptied in April, but the Home Office has started placing a new cohort of asylum seekers there and intends to use it until September.

A High Court hearing is taking place this week in which lawyers acting for six former residents of the barracks argue that housing asylum seekers is unlawful and breaches their human rights.

During the hearing on Thursday, Lisa Giovannetti QC, acting for the Home Office, said that while Ms Patel acknowledged the Covid risk of placing people at the site, she had decided it could be used safely “by introducing the safeguards, including selecting the individuals that could be housed there with least risk”.

She added: “The risk of significant medical problems would be much higher for somebody who was elderly or had a co-morbidity. The secretary of state’s position is these were being sifted out.

“The Ministry of Defence (MoD) was using them. I appreciate that asylum seekers are not the same as young soldiers but if you look at the claimants they are broadly that age range, between 21 and 30.

Public Health England (PHE) had warned theHome Office before it repurposed the site that the dormitories were “not suitable” for use – but the advice was rejected and two weeks later ministers pushed through plans to repurpose the facility as asylum accommodation.

Ms Giovannetti told the court that advice from PHE was “primarily about minimising risk of transmission”, adding: “They are not assessing the degree of risk to any individual of significant illness.”

Earlier in the hearing, on Wednesday, it emerged that a report by the fire safety inspectorate into Napier Barracks found that the measures in place to reduce the risk of fire at the site did not ensure residents were “appropriately protected from serious risk”.

The inspection, carried out in November, found smoke alarms were incorrectly placed, emergency evacuation drills had not been undertaken and there was “no effective fire safety measure” in place – and ordered Home Office contractors to rectify the issues within 28 days.

A fire safety report published in March 2021 shows that improvements had been made – but when asked by the judge whether they were made within 28 days of the initial report, Ms Giovannetti told the court she could not confirm this to be the case.

0 0 0 0
Previous : Nicola Sturgeon promises to trial four-day working week for Scots
Next : Estonia closes busy Tallinn road for a month at night so thousands of frogs and toads can cross