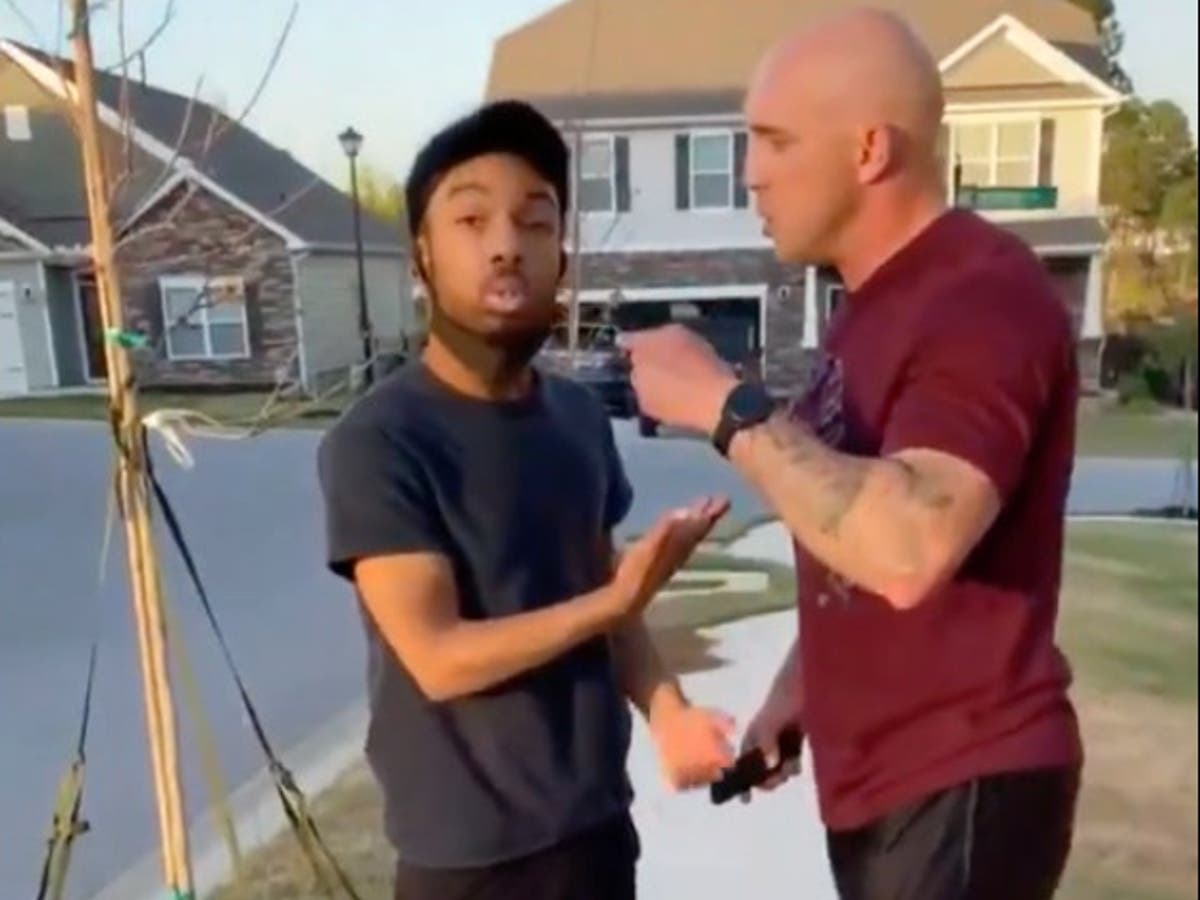 The family of a drill sergeant under investigation for allegedly assaulting a Black man have been moved from their home for their safety, following protesters gathering outside the residence.

On Thursday morning, the family of Johnathan Pentland, 42, who is a drill sergeant at Fort Jackson, were moved from their home in Summit, South Carolina, after the police said protests at the residence became “violent” overnight.

The Richland County Sheriff’s Department confirmed that the family had been relocated in a tweet on Thursday, writing: “The protests at the Pentland home have become violent. The family was removed after it was vandalised.

“They were moved to another location and the neighbourhood is being closed off except to residents. Please stay out of the area.”

The department arrived at Mr Pentland’s home at around 8:20pm on Wednesday evening after receiving reports that a group of protesters had damaged the property, according to WIS-TV.

When the officers arrived at the house, they discovered that multiple objects had been thrown through windows of the home, as protesters demonstrated on the street outside.

Videos of the protest were uploaded to social media on Wednesday, which showed dozens of demonstrators holding up Black Lives Matter signs and chanting.

At one point, the group were heard shouting: “No justice, no peace!” while a protester said: “We just want to talk, we want to understand some things, that’s it.”

Speaking through a megaphone a protester then added: “What you gonna do? You gonna stay in here every day?” while the road was blocked by the group.

Despite the sustained protests, it is unclear if Mr Pentland was in the property at the time, as he was arrested on Wednesday and charged with third-degree assault, following release of footage of the confrontation. The charges carry a maximum penalty of a $500 (£362.43) fine or 30 days in prison.

In the video, which was filmed and uploaded to social media earlier in the week, the US Army soldier asks a young Black man what he is doing in the neighbourhood, with him replying that he is taking a walk.

Mr Pentland then tells the man “you’re in the wrong neighbourhood,” before swearing at him and and telling him to “get out.”

The man tells him that he lives there, but the video shows him then shoved by the soldier, who threatens to get more physical with him.

Mr Pentland then claims that the man was “harassing the neighbourhood,” which he tells him is “tight knit.”

In a statement on Wednesday, Fort Jackson Commander Brigadier General Milford Beagle Jr, confirmed that the incident is under investigation and said that military leaders do not condone the behaviour seen in the video.

He added: “I remain deeply concerned for the members of our Army family, the young man and his family, and the tensions that activities like this amplify over time.

“This action deeply impacts our community — the neighbours in the Summit, the city of Columbia, Richland & Lexington counties, and our Army family.”