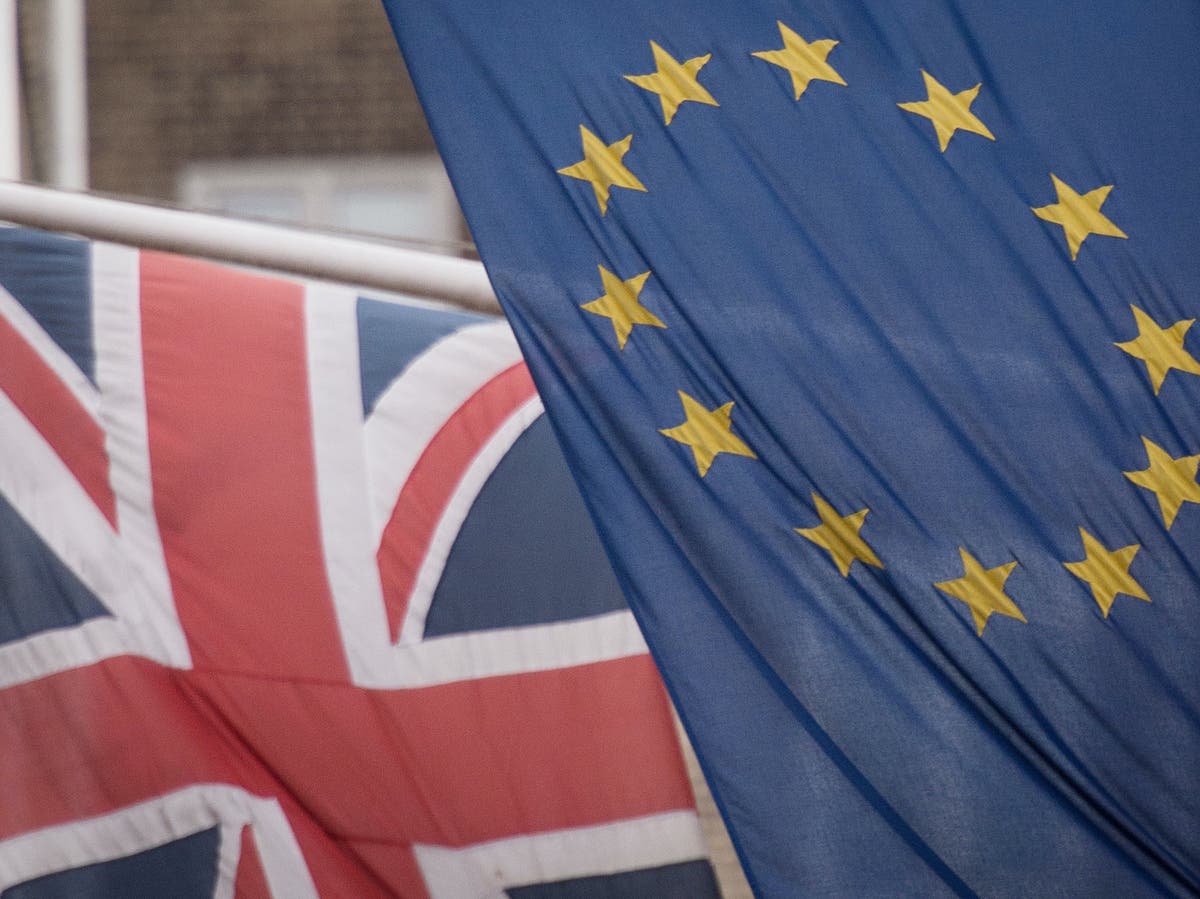 Simon Coveney said some of the problems related to protocol implementation are more difficult than others and require political solutions, as he holds talks with Boris Johnson’s senior ministers in London on Thursday.

“We need to talk seriously about how the protocol is being managed, how it can be implemented in a way that listens to the concerns many in Northern Ireland have and what flexibilities are possible,” Mr Coveney told Ireland’s national broadcaster RTE.

Foreign secretary Dominic Raab will also meet with Mr Coveney later on Thursday afternoon, officials said. “The meeting is part of an ongoing process with the EU to resolve outstanding differences on the Northern Ireland protocol,” said No 10.

UK Covid-19 vaccinations: Latest figuresMPs to debate whether China’s treatment of Uighur Muslims is genocideNo 10 will not say if PM had ‘private conversation’ with Saudi prince

It comes as Lord Frost is due to meet the EU Commission’s vice-president Maros Sefcovic in Brussels on Thursday evening, as hopes rise that political talks can build on technical discussions held by officials.

The protocol has been blamed as one of the factors behind the recent upsurge of violence in loyalist areas amid concerns in those communities it has weakened their place in the UK.

Under the terms of the protocol, goods moving between Great Britain and Northern Ireland may be subject to checks.

The measures are intended to protect the EU single market while maintaining an open land border between the North and the Republic of Ireland, in line with the Good Friday peace process.

However, unionist critics have warned that the way it has been implemented has unduly hampered the free flow of goods within the UK, and given rise to renewed sectarian tensions.

“We outlined our shared commitment to the peace process, and the vital importance of a strong partnership between the UK & Ireland to safeguard it,” said Ms Haigh.

Meanwhile, the European Parliament’s foreign affairs and trade committees will vote on Thursday on the post-Brexit trade deal, but no date has yet been set for a full plenary vote to ratify the agreement.

The Trade and Co-operation Agreement, reached by Mr Johnson with Brussels on Christmas Eve, has been in place provisionally since the start of the year.

The UK agreed to extend the provisional application until the end of April, but a date has still not been set for MEPs to approve it as they remain concerned about the implementation of the earlier Withdrawal Agreement.