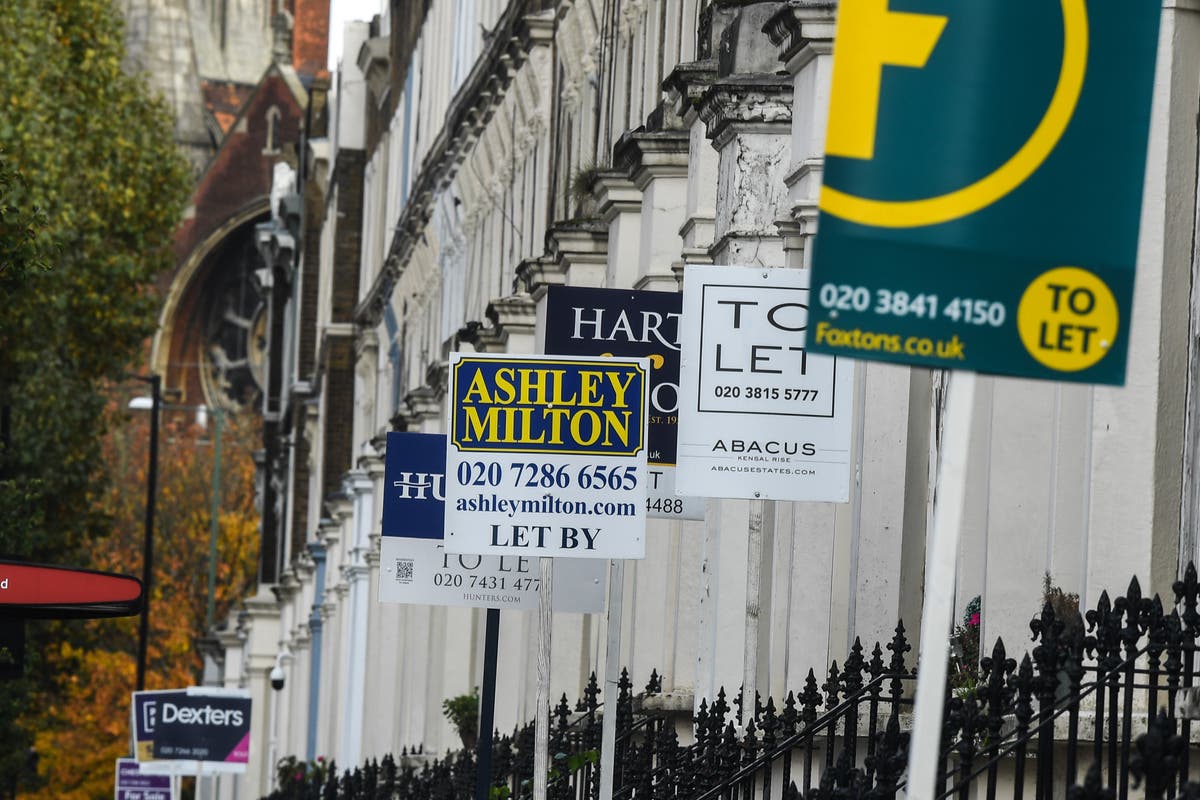 Around 700,000 people have been hit with eviction notices during the pandemic that give them no reason for being removed from their home, research suggests.

Polling commissioned by the Renters’ Reform Coalition indicated that one in 12 private renters had received a no-fault eviction notice, known as a Section 21, since March 2020.

The notice is the first stage of an eviction process which must then be approved by a judge but in many cases tenants move out before things progress to that stage, according to Generation Rent, which published the findings.

Nearly a third (32 per cent) of the 1,008 people surveyed also said they were concerned about the possibility of their landlord asking them to move out this year.

The government pledged two years ago to end no-fault evictions and in December 2019 it committed to bring forward a Renters’ Reform Bill, but progress has stalled.

A ban on most evictions during the pandemic was extended earlier this year until 31 May but the government watered down protections that were previously in place, meaning that tenants can be removed from their homes if they have six months of rent arrears – even if they have been built up during lockdown.

Previous versions of the ban allowed evictions for people who had not paid nine months of rent, but crucially excluded any debt built up since March so that people who lost their jobs because of the pandemic were secure.

Charities and campaigners fear a wave of evictions once the ban is lifted.

Alicia Kennedy, director of Generation Rent, said: “A Section 21 notice pulls the rug out from under you. As long as the landlord serves it correctly, you have to move out.

“That means very few tenants challenge it in court. And because landlords don’t need a reason for eviction, it also means that many tenants live in fear of losing their home, and families throughout England have no confidence to put down roots in their local area.”

“This causes needless disruption to people’s lives: their finances, work, health and their children’s education. Renters need certainty to enable them to put down roots in communities and create real homes in rented properties.

“Having been a frontline legal housing adviser for many years I have seen the difference that good quality, secure housing can make to people’s lives.

“We need to see people’s homes as more than just terms in a contract.”

A spokesperson for the National Residential Landlords Association (NRLA) said: “The pandemic has posed an unprecedented challenge for many tenants and landlords.

“Whilst we want to see as many tenancies sustained as possible, the best way of achieving this is to tackle the root cause of many repossessions. This is why the government needs to develop an urgent financial package to help tenants pay off Covid-related arrears.

“Measures have been taken to protect tenants as the courts now require landlords, when seeking to regain possession of a property, to explain the impact that the pandemic may have had on their tenants. Likewise, the judiciary has made clear that Section 21 notices are not being prioritised when they come to court.”