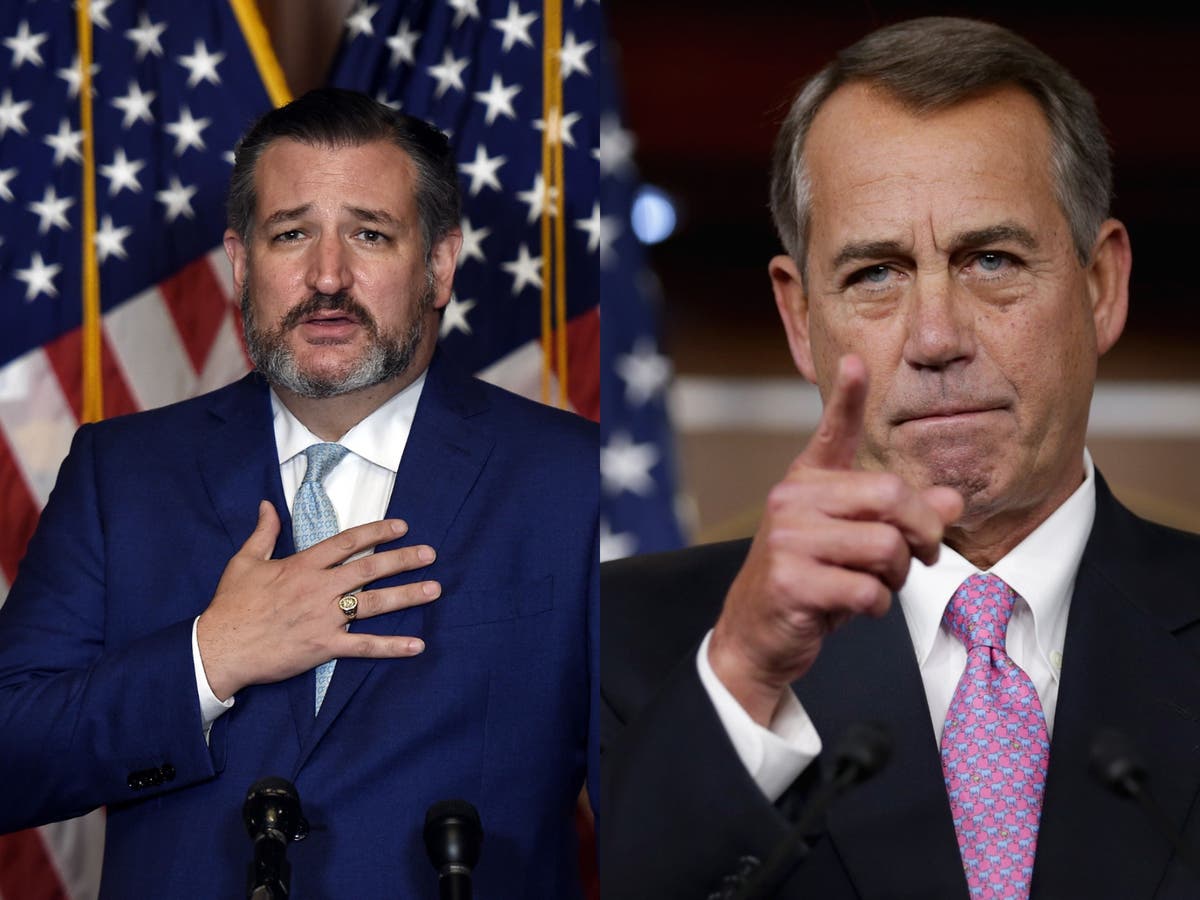 Ted Cruz threw a copy of John Boehner’s new book in his fireplace after the ex-Speaker dubbed him “Lucifer in the flesh.”

It is the latest episode in a long-running war of words between Mr Cruz and Mr Boehner, who has been a fierce critic of Donald Trump and the MAGA overthrow of the GOP.

The senator from Texas took to Twitter to say that “some smart ass” had dropped off a signed copy of Mr Boehner’s new book at his office.

In his forthcoming book, On the House: A Washington Memoir, Mr Boehner calls Mr Cruz “dangerous” and a “reckless a**hole”, because he thinks the senator has amplified divisions in the GOP House caucus.

And in the audiobook version of his memoir, the Ohio Republican even improvised an extra insult for him:”PS, Ted Cruz, go f*** yourself.”

“This guy wasn’t even a member of the United States House of Representatives, he was a member of the Senate, stirring up some of the crazies in my own caucus to cause all kinds of problems,” Mr Boehner said of Mr Cruz in a CBS interview.

And the feelings of contempt are clearly mutual between the two men.

“I filed it in the appropriate place,” tweeted Mr Cruz with a picture of the book ready to be set alight.

It is not the first time that Mr Boehner has taken a public shot at Mr Cruz.

In 2016 – and in recent interviews to promote his book – he called Mr Cruz “Lucifer in the flesh” and told an audience that he’d “never worked with a more miserable son of a b**** in my life.”

0 0 0 0
Previous : Florida GOP senators: Too soon to weigh in on Gaetz’s future Wyoming GOP Senate Chris Sununu Congress
Next : Half of all women in developing nations ‘denied autonomy over bodies’