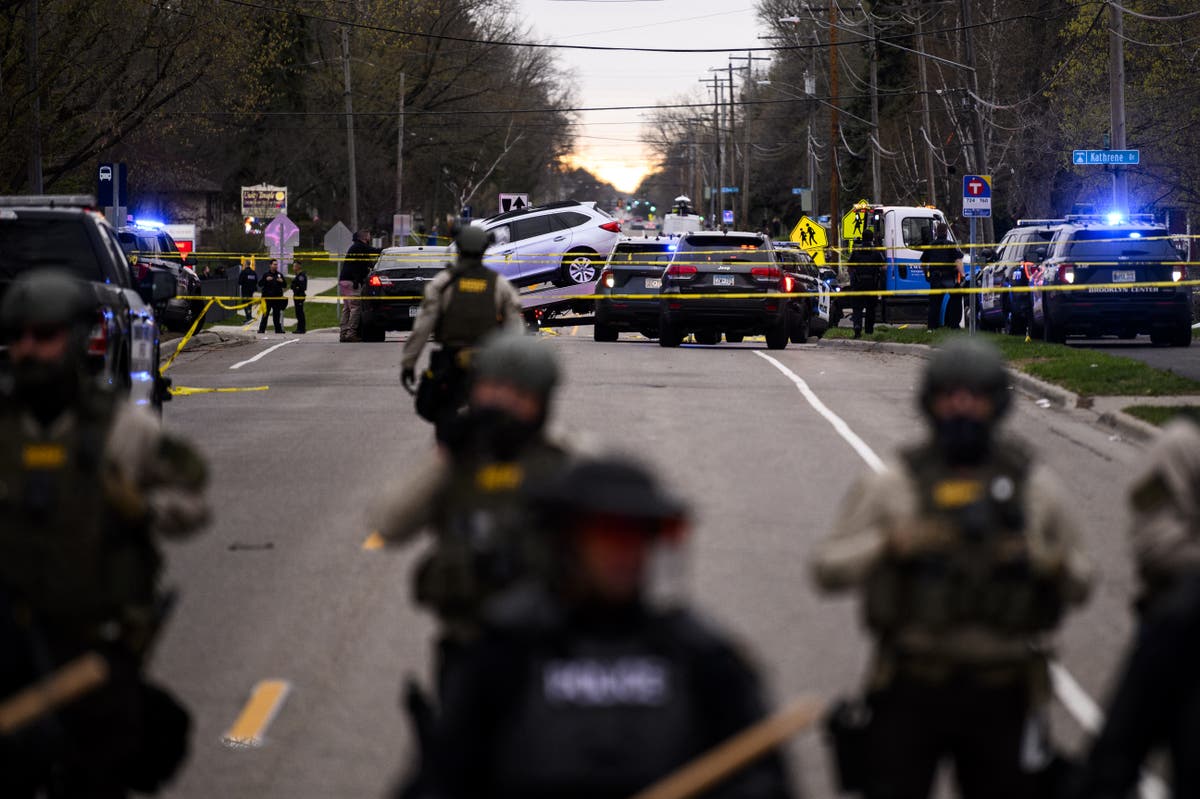 The Brooklyn Center police chief has quit his job in the wake of the Daunte Wright shooting, it has been announced.

Mayor Mike Elliott said that he had received and accepted the resignation of Police Chief Tim Gannon on Tuesday morning, two days after Mr Wright was shot and killed during a traffic stop in Minnesota.

The resignation came after the officer who fatally shot Mr Wright with her gun rather than her taser, Kim Potter, resigned from the force.

The mayor also announced that he had appointed Tony Gruenig as the acting chief of police in the city of 30,000.

The new police chief, who has worked for the department for 19 years, said that he hoped he could create “community calming” in Brooklyn Center.

“I am trying to step forward and fulfill a leadership role right now. It is very chaotic right now,” he said.

“I was just informed an hour ago about the change in status. There is a lot of chaos right now and we are trying to create some calm, and that could transition into some calm for the community, some pause and community calming.”

The resignation of the police chief came the day after the city council voted to give the mayor’s office control of the police department.

Mr Wright, 20, was shot and killed by former officer Potter on Sunday afternoon, after he had been stopped over expired tags on his car.

Authorities released harrowing body cam footage of the incident on Monday, in which Mr Wright could be seen to be shot before driving away from the scene in his car.

Officials say that the police officer had meant to use her taser weapon to control Mr Wright, who was struggling against being handcuffed, but instead grabbed her handgun and shot him once.

The former police chief called the shooting accidental and walked out of the Monday press conference before being brought back by the mayor answer more questions.

Hundreds of protesters have taken to the streets for two nights in a row to express anger at Mr Wright’s killing and some have clashed with police.

The killing of Mr Wright is at least the third high-profile death of a Black man in the Minneapolis area in the last five years, following the deaths of Philando Castile in 2016, and George Floyd in 2020.

The latest incident comes as former Minneapolis police officer Derek Chauvin is standing trial for the murder of Mr Floyd last may.

0 0 0 0
Previous : Biden tells Putin to deescalate troop build-up on Ukraine border in phone call and invites him to summit in third country
Next : IT'S FINALLY HERE!! 🙌 THE LONDON REAL PARTY MANIFESTO 👊🙏❤️🇬🇧