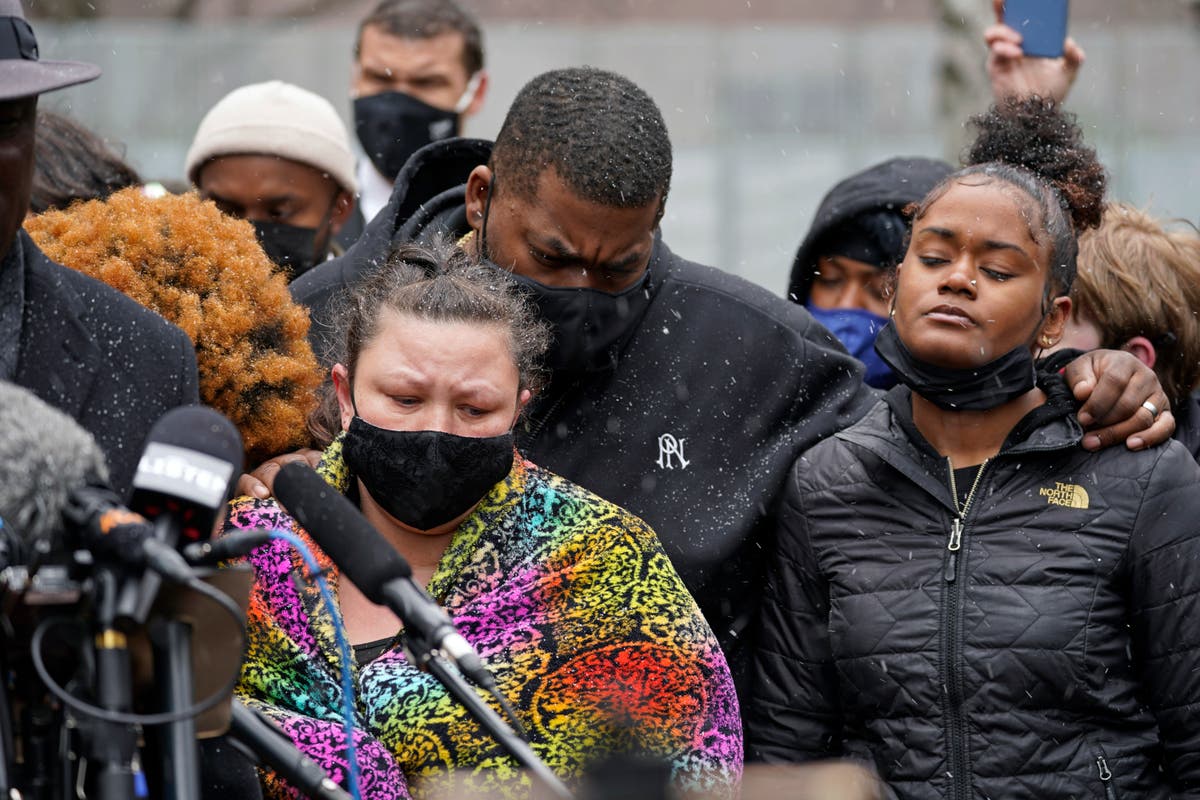 ‘Am I in trouble?’ Daunte Wright’s mother describes last words before son killed in traffic stop

The mother of Daunte Wright described her son’s final moments as she revealed some of his last words to police before he was shot and killed in a traffic stop.

Katie Wright was on the phone to her son when he was stopped by police.

“Am I in trouble?” she heard her son ask police officers before they “scuffled” and the phone call ended.

In an emotional press conference, Ms Wright explained how she desperately tried to talk her son through the traffic stop shortly before she saw his lifeless body on a video call.

“A second goes by and I hear the police officer come back up to the window and ask Daunte, get out of the car,” she said.

“Daunte asked, ‘for what’. The police officer said, ‘I’ll explain to you when you get out of the car’. He said: ‘Am I in trouble?’”

After police asked Mr Wright to put the phone down, his mother said she heard some scuffling before the call ended. When she called back moments later, the passenger – his girlfriend – answered on a video call “crying and screaming” that police had shot him.

“Was the worst day of my life,” she added.

Ms Wright appeared with other family members at a press conference led by attorney Ben Crump, who also represented the family of George Floyd.

George Floyd’s brother, Philoniise Floyd, stood in support with the Wright family, saying it was time for change.

“It’s a shame, the world is traumatised watching another African American man being slain,” he said.

“Minneapolis, you all can’t sweep this under the rug anymore. We’re here and we will fight for justice for this family just like we’re fighting for our brother,” he added.

After hearing of her resignation, Mr Wright’s aunt, Naisha Wright, said it was “great” that she had stepped down, but now must be “put in jail like they would do to any one of us”.

Ms Wright, wearing a shirt bearing the image of Mr Floyd, whose girlfriend was a teacher of her nephew, said she watched the full police body camera footage and said that his “blood is on your hands”.

Deborah Watts, a relative of Emmett Till, a 14-year-old Black boy who was lynched in Mississippi in 1955 in one of the most notorious racist murders of the era, was among the families that gathered outside the Hennepin County courthouse on Tuesday.

Ms Watts said the “past is not past” until they receive justice for the Wright family, the Floyd family, and others like them.

“We are tired and exhausted of the terrorism that has been brought against our families across this country,” Ms Watts said.