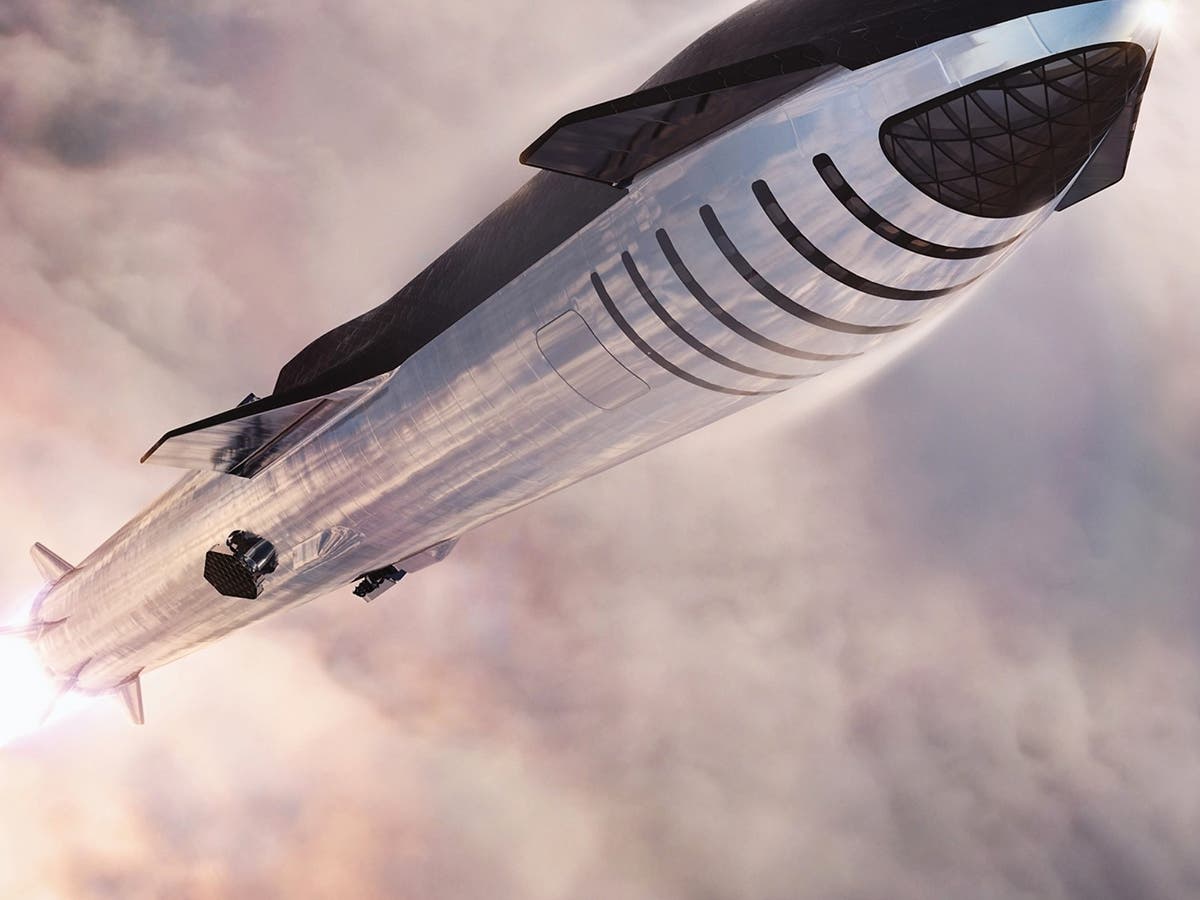 SpaceX has attached a Starlink receiver to its latest Starship prototype, allowing the Mars-bound rocket to have high-speed internet access.

Space enthusiast Carter Goode spotted a Starlink dish two thirds of the way up Starship SN15 as the next-generation craft sat on the launchpad of SpaceX’s facility in Boca Chica, Texas, ahead of a flight test this week.

SpaceX also requested temporary permission to operate a “single user terminal… on an experimental basis at altitudes not to exceed 12.5km”.

There are currently more than 1,300 Starlink satellites in orbit around the Earth, with plans to develop a constellation of up to 42,000 over the next few years.

Starlink’s broadband network is already operational in areas of the US, Canada, Australia, New Zealand, Germany, Poland and the UK, while some aircraft and cargo ships are also expected to make use of it.

Speeds will rival current fibre broadband but Starlink is not being built to serve people in built-up areas. The idea is to instead offer internet connectivity to locations where access has typically been unreliable or completely unavailable.

SpaceX is aiming to continue expanding the Starlink network to achieve “near global coverage of the populated world in 2021”.

SpaceX CEO Elon Musk has said the space internet project will be used to fund his ambition to colonise Mars by 2050.

The technology billionaire, who earlier this year briefly became the richest person on Earth, has frequently spoken of his aim to transform humanity into a multi-planetary species in order to ensure its future survival.

Last month he repeated a pledge that he will use his vast wealth in order to make this a reality.

“I am accumulating resources to help make life multiplanetary and extend the light of consciousness to the stars,” he wrote on Twitter.

“About half my money is intended to help problems on Earth and half to establish a self-sustaining city on Mars to ensure the continuation of life (of all species) in case Earth gets hit by a meteor like the dinosaurs or WW3 happens and we destroy ourselves.”

Both Starlink and Starship will prove crucial to colonising Mars, with the former potentially funding the development of the latter.

Mr Musk hopes to build up to 100 Starships a year, each capable of carrying up to 100 people onboard. Crewed flights could take place as early as next year, with the first commercial trip already planned for 2023.

To achieve this, SpaceX is carrying out a hugely ambitious testing schedule that has already seen four major high-altitude flight tests since December.

All four have ended in explosions, though Mr Musk claims major upgrades will avoid this fate for Starship SN15.