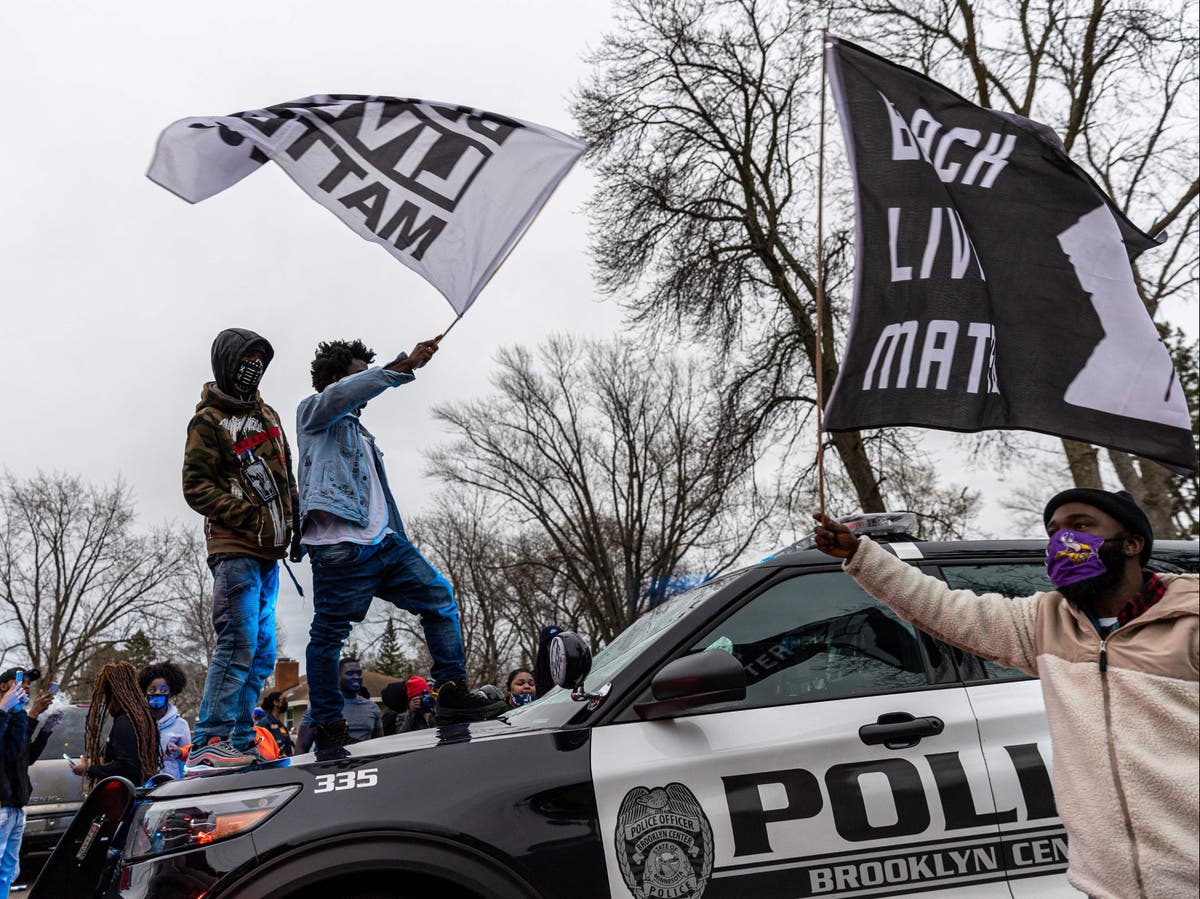 Protesters take to the streets after Daunte Wright’s shooting

Protesters have taken to the streets of Brooklyn Center, Minnesota after police shot a 20-year-old Black man, Daunte Wright. They had apparently pulled him over after determining he had an outstanding warrant; when he ran back to the car and began to drive away, said the department in a statement, an officer shot him and struck him, killing him.

Also in the car was his girlfriend, who sustained non-life-threatening injuries. She claims Mr Wright was shot before he got back into the car. During the incident, Mr Wright was on the phone to his mother, who described hearing someone on the phone shouting “Daunte, don’t run” before he was shot.

After the shooting, protests soon sprung up on the streets of Brooklyn Center, which is just 10 miles north of Minneapolis. The protests were largely peaceful, but several demonstrators reportedly jumped on police cars. Officers fired tear gas to disperse them from outside police headquarters.

The killing comes in the thick of the trial of Derek Chauvin, the Minneapolis police officer who knelt on George Floyd’s neck for nine minutes in the street last summer. Having helped spark a nationwide (and worldwide) uprising against police racism and violence, he faces charges of manslaughter and murder. Expert witnesses have testified that contrary to what some of Mr Chauvin’s defenders have claimed, Mr Floyd did die from lack of oxygen rather than some other underlying cause.

Footage from protests yesterday and last night shows how a crowd gathered near the site of Mr Wright’s killing to protest the police’s actions before eventually being met with tear gas.

While the fallout from Daunte Wright’s killing continues, a Black and Latino army lieutenant is pursuing a federal lawsuit against two Virginia police officers who pepper-sprayed him, assaulted him and threatened him with the electric chair after stopping his car. In body camera footage from one of the officers, he can be heard saying: “I’m honestly afraid to get out.”

A US Army officer has filed a federal lawsuit against two Virginia police officers who reportedly pepper-sprayed and assaulted him, before warning that he was risking death by the electric chair.Caron Nazario, 27, who is a black and latino second lieutenant, was pulled over on a traffic stop in the small town of Windsor, Virginia, in December last year, after officers Joe Gutierez and Daniel Crocker claimed his SUV had tinted windows and no rear licence plate.Footage shows Mr Nazario dressed in uniform with his hands in the air and telling the officers: “I’m honestly afraid to get out.”

Andrew Buncombe has been on the streets of Brooklyn Center, and has this video of protests underway.

Mr Wright’s mother Katie spoke to the media after the shooting and recounted how she spoke to her son only seconds before his death.

Report from Minneapolis: protesters on streets

Andrew Buncombe has this write-up from Brooklyn Center, where he spoke to protesters furious at Mr Wright’s killing.

One woman told him that police in Brooklyn Center have an even worse reputation than their counterparts in Minneapolis. “Cops just keep on killing black people all over the world,” she said.

Welcome to the Independent’s rolling coverage in the aftermath of the killing of Daunte Wright.