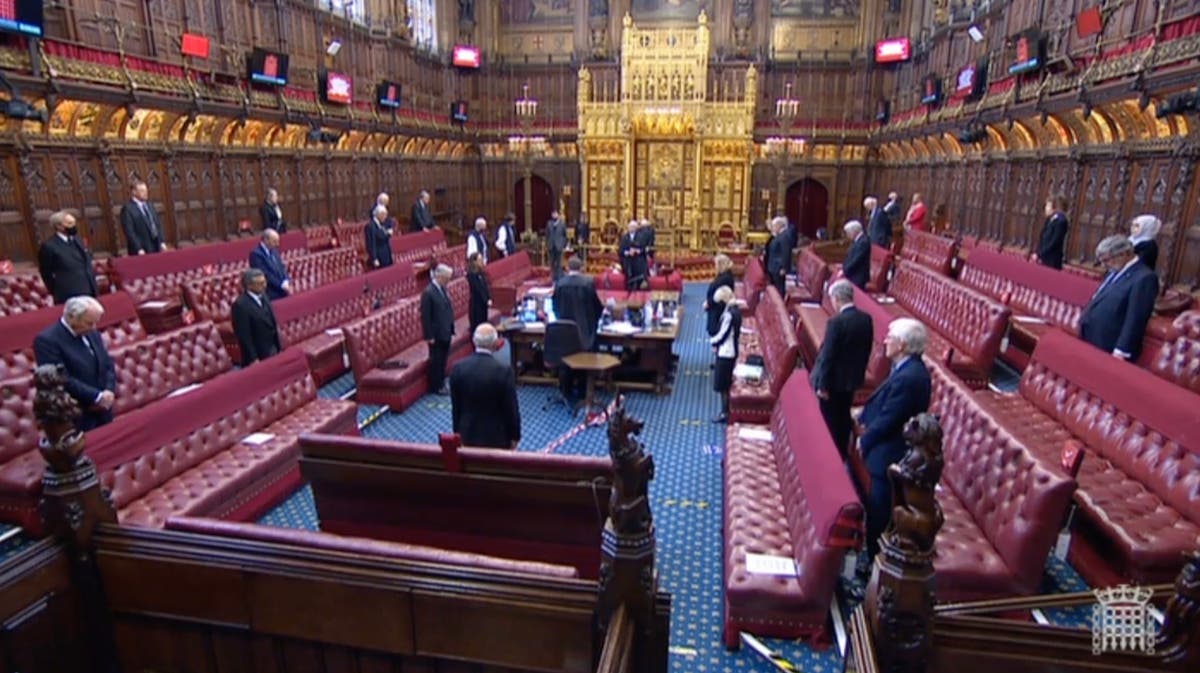 Peers in the House of Lords will be able to claim a £162 “attendance allowance” if they make a remote tribute to Prince Philip over video call, parliamentary authorities have confirmed.

The upper house has cancelled all of its usual parliamentary business on Monday to make way for a marathon session of tributes to the late Duke, who passed away aged 99 last week.

Unlike the Commons, which has been recalled a day early for the occasion, the Lords had planned to sit on Monday so has now cleared its agenda to make time to praise the Royal.

Government scrutiny cleared off the order paper to make way for the tributes include questions to ministers on hate crimes, civil liberties, and fertility treatments.

Peers are instead to discuss a “humble address” moved by Tory peer Baroness Evans, the leader of the Lords, which reads: “Most Gracious Sovereign, We, Your Majesty’s most dutiful and loyal subjects, the Lords Spiritual and Temporal in Parliament assembled, beg leave to convey to Your Majesty the heartfelt sympathy of this House on the death of His Royal Highness The Prince Philip, Duke of Edinburgh.”

The tributes began at 1pm and are expected to continue well into the evening, in tandem with a similar session of tributes in the House of Commons lasting seven and a half hours from 2.30pm until 10pm.

But despite this, peers will still be offered their usual £323 attendance allowance if they attend the chamber if person to make a tribute, and £162 if they speak remotely via video link.

The Lords and Commons have been sitting in a hybrid arrangement because of the pandemic, with some peers attending in person and some calling in by video link.

Peers have the option of not claiming the attendance allowance, or claiming the lower rate if they do attend in person.

A House of Lords spokesperson said: “The sitting of the House for tributes to the Duke of Edinburgh on Monday 12 April constitutes Parliamentary business and so Members are allowed to claim daily attendance allowance if they qualify for it and wish to do so. Members may also choose not to claim.