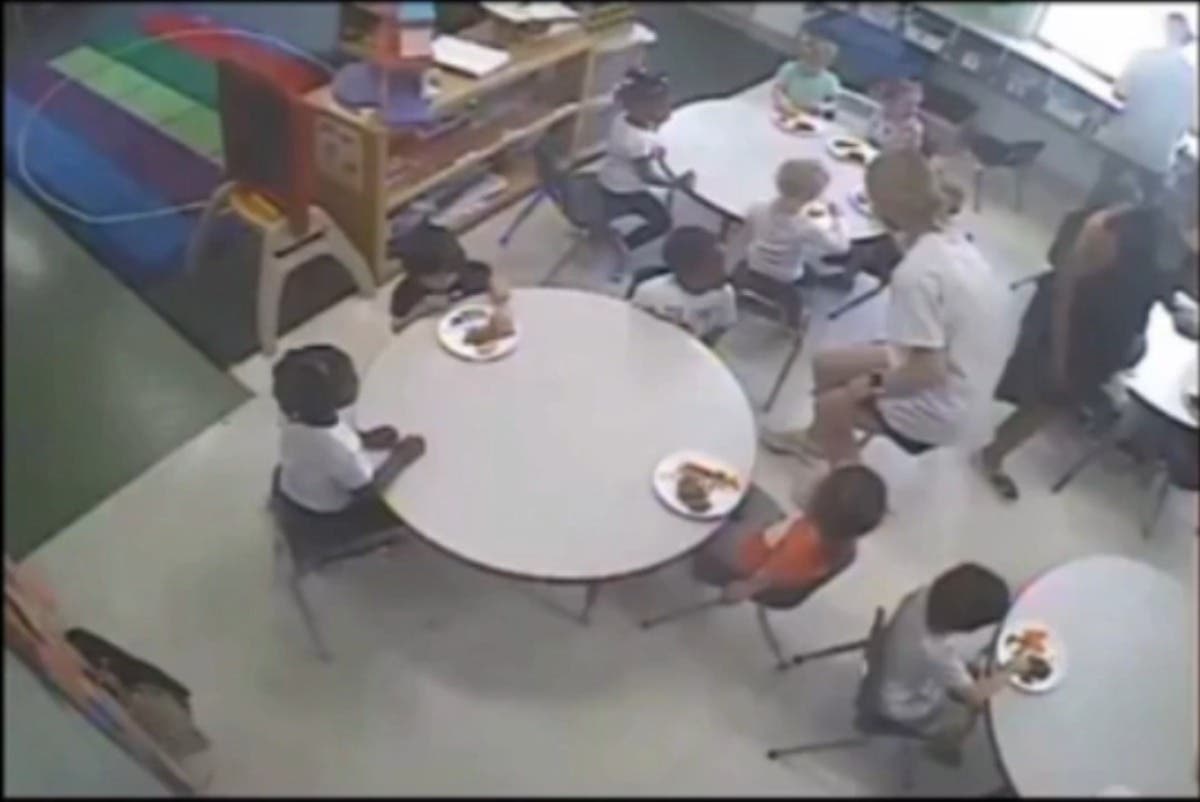 A nursery school in Georgia has been accused of “disturbing” racism after a video live-stream reportedly captured workers feeding all the white children first.

The Kids ‘R’ Kids daycare centre in Roswell, on the outskirts of Atlanta, has been accused of racism after a father checked in to the live feed at lunch time to see how his two-year-old son was doing and noticed that the white children were all fed first whilst the black children were made to wait.

Adryan McCauley told CBS46: “They were skipping all of the black kids it seemed like. All the white kids got their lunch, and all the black kids had to wait. From the videos and pictures that we saw today, we are just completely disturbed.”

McCauley took a screenshot which he posted to Instagram, but the full video has not been released.

He added that the boy’s mother asked the nursery what had happened and got reportedly told by the director: “I’m not really sure because I’m not in the classroom, maybe it’s a dietary thing.”

Other parents spoke to local media, includingTony Murrell, who told WSB TV: “I’m looking at the picture, like, ‘That’s my daughter!’. I was livid. I was very much displeased.”

Another parent, Diona Howard, said: “When I first saw it, I was very upset.”

A spokesman for Kids ‘R’ Kids, a Roswell franchise of a chain, told CBS46. “We know the act was random, and the photo doesn’t show the entire room; we believe if the parents viewed the videos they would understand. I wish they could see the compassion we have.”

But the corporate office later cut ties with the Roswell franchise branch, called the allegations “disturbing” and said they would assist any “displaced families” looking for new daycare.

CEO David Vinson said in a statement: “The interactions captured on video by one of our families, yesterday, is disturbing and not in accordance with the inclusive culture that we promote at Kids ‘R’ Kids amongst our families, their children or our staff”.

He added: “After further review and much consideration of the photo/video in question, our company has decided to terminate that franchisee’s Kids ‘R’ Kids contract and branding, effective immediately, leaving them to operate independently.”

“We apologize to the family, the community and all of those impacted by this situation and will use this as a learning tool to remind our Kids ‘R’ Kids staff on the importance of diversity and inclusivity. As a result of this decision, our corporate office will assist any displaced families with locating preschool options in their respective area.”

0 0 0 0
Previous : Is a solidarity tax on the economic winners of the pandemic a good idea?
Next : Brown insists former PMs ‘must never’ lobby government for commercial purposes amid Cameron row