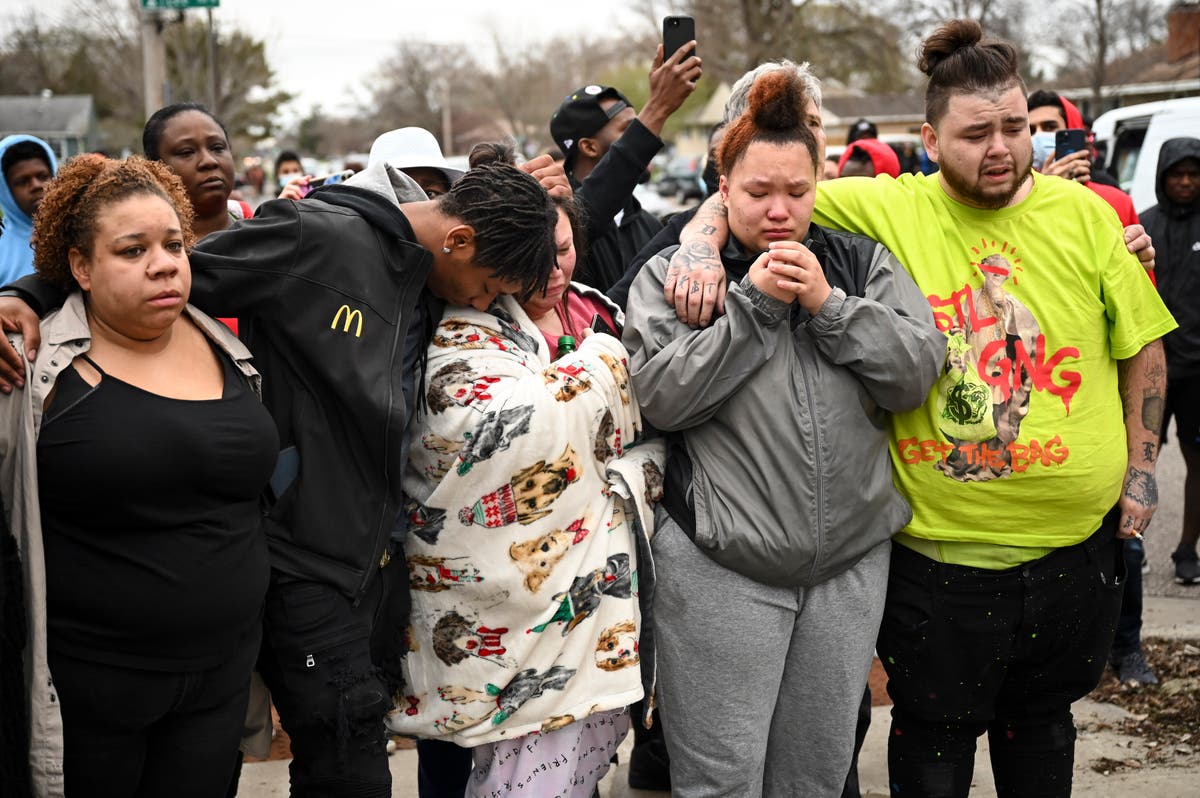 Daunte Wright: Who was the 20-year-old Black man shot dead by police in Minneapolis suburb?

The death of a 20-year-old Black man, Daunte Wright, in Brooklyn Center, Minnesota on Sunday has sparked protests against the police even as tensions were already running high due to the murder trial of a police officer over George Floyd’s death last year.

Floyd’s death in May 2020 sparked waves of protests across the US and had a profound impact on the Black Lives Matter movement globally – but nowhere has it affected communities more than in Minneapolis.

While police have yet to formally identify Wright, his family members spoke to the media as protesters gathered in Brooklyn Center on Sunday afternoon.

Katie Wright, the young man’s mother, said he had called her as he was being pulled over and that she heard scuffling before the call ended. When she called back, she said, Wright’s girlfriend told her that Daunte had been shot by police.

The 20-year-old is survived by his son, who is aged less than two, Daunte Wright Jr. Some social media photographs and videos showed his brother Damik Wright holding Daunte Jr up in the air near the scene of the shooting on Sunday.

During a YouTube livestream of the protest on Sunday, Wright’s sister could be heard saying of Daunte: “He was so goofy. He just makes everybody happy.

“They took my brother away from me. … I’m so hurt, they really just took him. … I still can’t believe it. I’m still feeling like I’m going to go home and see him. It really hurts.”

In a statement, Brooklyn Center police said that officers had stopped an individual shortly before 2pm Sunday and, after determining the driver had an outstanding warrant, they tried to arrest him.

The statement said the driver re-entered the vehicle and drove away, at which point an officer fired at the vehicle, striking the driver. He drove for several blocks before crashing into another vehicle, police said.

A resident who lives near the crash scene described how police officers pulled the man out of the car and performed CPR while another passenger who got out of the car was covered in blood.

Lt Governor of Minnesota Peggy Flanagan tweeted: “I’m angry and heartbroken at how unrelenting this trauma is for our community. My heart is with Daunte Wright’s family, but especially his mother who spoke to her son for the last time today. It’s too much. The trauma of yet another Black man dying at the hands of law enforcement weighs heavy on our state.”

During Sunday’s protests, some waved “Black Lives Matter” signs and stood peacefully, while a handful jumped on police cars and confronted officers.

Police have said Brooklyn Center officers use body-worn cameras as standard, and they also believe dash cameras were activated during the incident. The department said it has asked the Bureau of Criminal Apprehension to investigate the case.