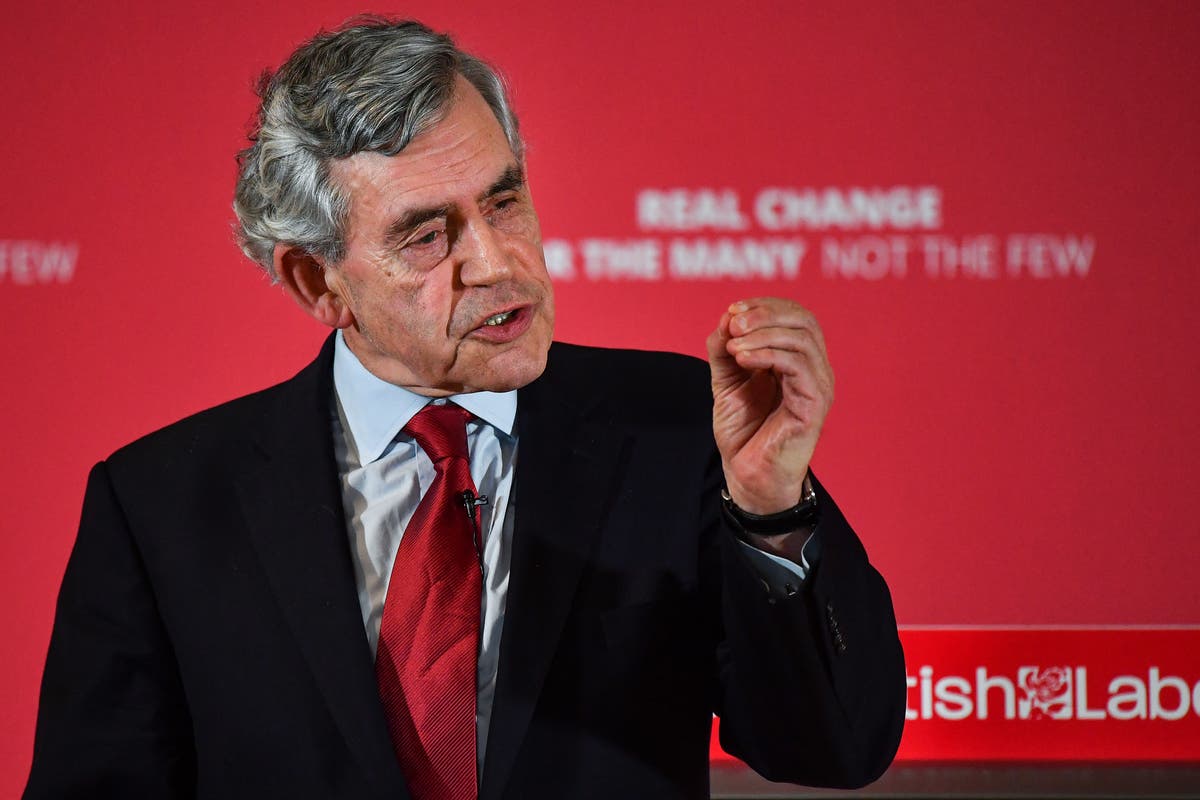 Gordon Brown has insisted that former prime ministers “must never” lobby government for commercial purposes, as he suggested those leaving No 10 should be subject to at least a five-year ban.

The former Labour prime minister’s comments come amid controversy over the extent of David Cameron’s lobbying of ministers and senior officials in Boris Johnson’s government on behalf of the now-collapsed finance firm Greensill.

Breaking his silence after weeks of reports into the matter, Mr Cameron said at the weekend he broke no rules, but admitted he should have communicated “through only the most formal channels” and accepted there are “important lessons to be learnt”.

The former Tory leader, who resigned after the 2016 Brexit vote, said he understood public concern about contact — including by text message and email — with cabinet ministers including the chancellor Rishi Sunak and the health secretary Matt Hancock.

But in response to his statement, Labour said “many serious questions remain unanswered” and called on the former prime minister to appear before MP “so that all the information is brought to light”.

Pressed on the issue, Mr Brown told BBC Radio 4’s Today programme: “I can’t comment on the individual detail of this, but for me there are principles about public service — it cannot ever become a platform for private gain.”

“If we can’t succeed in achieving this stopping by the sort of flexibility of the rules, we are going to have to pass laws to make sure that at least for say five years, no serving former prime minister or minister, is ever lobbying for any commercial purpose within government. It simply brings public service into disrepute.”

Under the existing guidelines, ministers are prohibited from the lobbying the government for two years and must seek advice from the independent Advisory Committee on Business Appointments about any employment they wish to take up within two years of leaving office.

Mr Brown added: “I had to deal — although I had no part in it myself — with the MPs’ expenses scandal in 2008 and that brought anybody in public service into disrepute and was under attack. This will happen in the same way with lobbying if we don’t actually do something to pass laws to prevent this happening.”

The supply-chain finance company was rejected for the Bank of England’s Covid Corporate Financing Facility despite Mr Cameron repeatedly sending private texts to the chancellor, pleading for the scheme to be amended so Greensill could qualify.

Records released by the Treasury last week showed that on one occasion Mr Sunak responded to say he had “pushed” officials to explore possible options.

But Mr Cameron’s lengthy statement on the episode — published on Sunday — came after The Sunday Times reported he had also emailed a senior special adviser to Mr Johnson within hours of the rejection to argue it was “nuts” for Greensill to be excluded and urging the government to reconsider.

In his comments, Mr Cameron said: “In my representations to government, I was breaking no codes of conduct and no government rules.

“However, I have reflected on this at length. There are important lessons to be learnt. As a former prime minister, I accept that communications with government need to be done through only the most formal of channels, so there can be no room for misinterpretation.”

After his statement was published on Sunday evening, the shadow Cabinet Office minister Rachel Reeves said: “Many serious questions remain unanswered, and it is crucial that the former prime minister appears before parliament so that all the information is brought to light”.

She added: “Transparency and accountability are crucial and that requires the utmost openness from government to establish the full facts behind this scandal”.