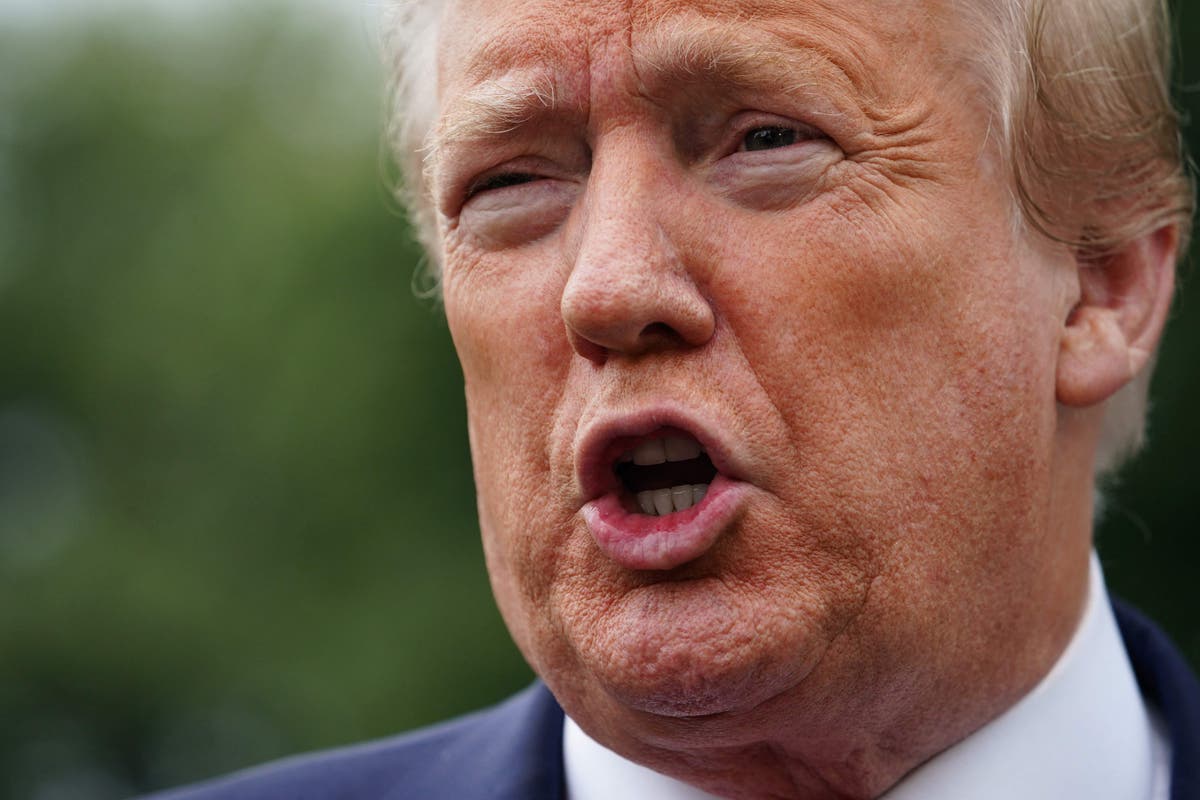 Donald Trump claimed that the Covid vaccine should be called the “Trumpcine” and tore into his former allies in an hour-long expletive-laden rant at an invitation-only dinner for Republican Party donors, according to reports.

The former president is also said to have dismissed Joe Biden’s election victory as “bull****”, called Senate leader Mitch McConnell a “dumb son of a b****” and expressed his “disappointment” with his vice president Mike Pence for lacking the “courage” to block Electoral College votes in a candid hour-long speech.

Hundreds of GOP donors gathered at Mr Trump’s Mar-a-Lago resort in Florida this weekend for closed-door discussions about the party’s future. The Four Seasons Hotel in Palm Beach had been booked out for Republican National Committee (RNC) events, but Mr Trump reportedly refused to give a speech unless his private business financially benefitted.

During his speech, Mr Trump said that the coronavirus vaccine should be called the “Trumpcine”, according to CNN and Washington Post reporters. The former president initiated Operation Warp Speed, a drive to vaccinate the American population, while he was in office and quietly received the jab himself at the White House in January, according to The New York Times.

During his speech, Mr Trump bragged about his handling of the pandemic, praised Republican governors who have kept businesses open in their states and described his one-time chief medical adviser Dr Anthony Fauci as “full of crap”, attendees told The Washington Post.

Mr Trump also strongly disparaged Mr Pence and Mr McConnell for allowing his election defeat to be certified on 6th January. “If that were [Democrat senate majority leader Chuck Schumer] instead of this dumb son of a b**** Mitch McConnell they would never allow it to happen. They would have fought it,” he said, according to the Post. He also reportedly called his former ally “a stone cold loser”.

He went on to mock Mr McConnell’s wife, Elaine Chao, who served as Mr Trump’s transport secretary and resigned following the Capitol riot. “I hired his wife. Did he ever say thank you?” he reportedly said, sarcastically adding “she suffered so greatly”.

On his former vice president, Mr Trump is reported to have said: “I wish that Mike Pence had the courage to send it back to the legislatures … I like him so much. I was so disappointed.” Mr Trump is said to have tried to to pressure Mr Pence into rejecting Electoral College votes and overturning the election result in January, despite the fact he did not have the power to do this.

Mr Trump reportedly went on to repeat false claims about his having won Georgia and Pennsylvania and derided the election result as “bull****”. He reportedly added that most Democrats believe he won, but won’t admit it.

He also repeated a comment for which he was strongly criticised in 2016, that immigrants are “murderers, rapists and drug dealers”.

“They’re coming in from the Middle East. They’re not sending their best people. You have murderers, you have rapists, you have drug dealers,” he said, according to the Post.

Mr Trump did not discuss his future plans at length during his speech, instead focussing on his years in office. He reportedly expressed confidence that a Republican will win the presidency in 2024, but did not say whether or not he will run himself.

Mr Trump has previously told Fox News that he will save such a decision until after the 2022 midterm elections.

0 0 0 0
Previous : Poll finds public ready to accept vaccine passports – and keep them after pandemic is over
Next : Prince Philip: How Duke of Edinburgh’s DNA solved a Russian Romanov murder mystery