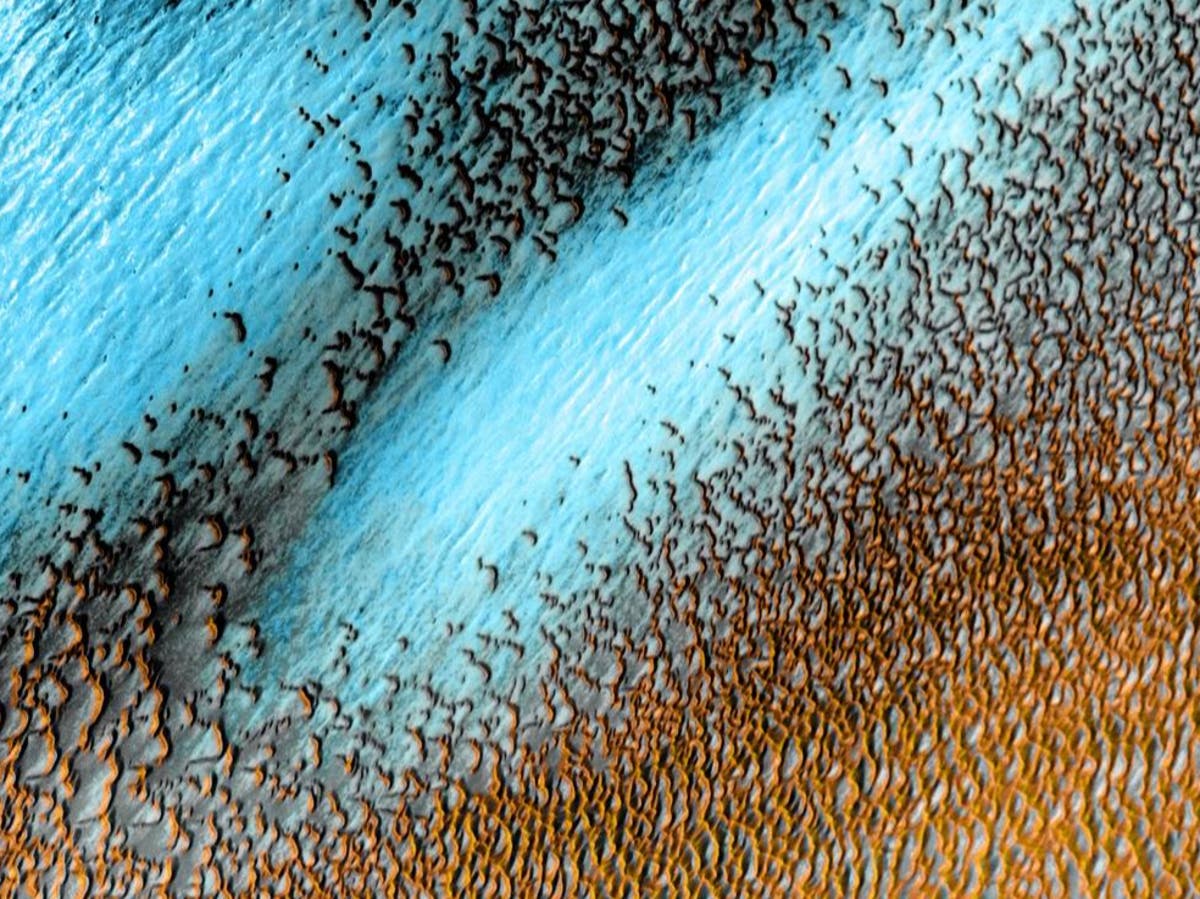 Nasa has released a stunning image from Mars showing an area covered by a sea of “blue” sand dunes.

The picture shows the sand dunes covering the planet’s northern polar cap, where temperatures can reach as low as -150°C (-238°F).

Nasa says the sand dunes actually cover an area the size of Texas, the second largest state, which has an area of about 695,662 km².

The image, released for the first time on Thursday, covers an area roughly 19 miles wide.

It was composed of several images taken from December 2002 to November 2004 by Nasa’s Mars Odyssey orbiter, which was was responsible for the stunning photo.

The photo is a false colour image, meaning that the colours are representative of different temperatures. Blue tints represents areas of cold, while shades of yellow and orange mark out “sun-warmed dunes”, the space agency says.

It was taken by a Thermal Emission Imaging System (THEMIS) on the Odyssey, which Nasa says is able to view “infrared reflections from the Martian surface”.

Nasa said the sand dunes image “is part of a special set of images marking the 20th anniversary of Odyssey, the longest-working Mars spacecraft in history”.

The robotic spacecraft was sent into orbit in April 2001, and has been taking images of the Martian service ever since.