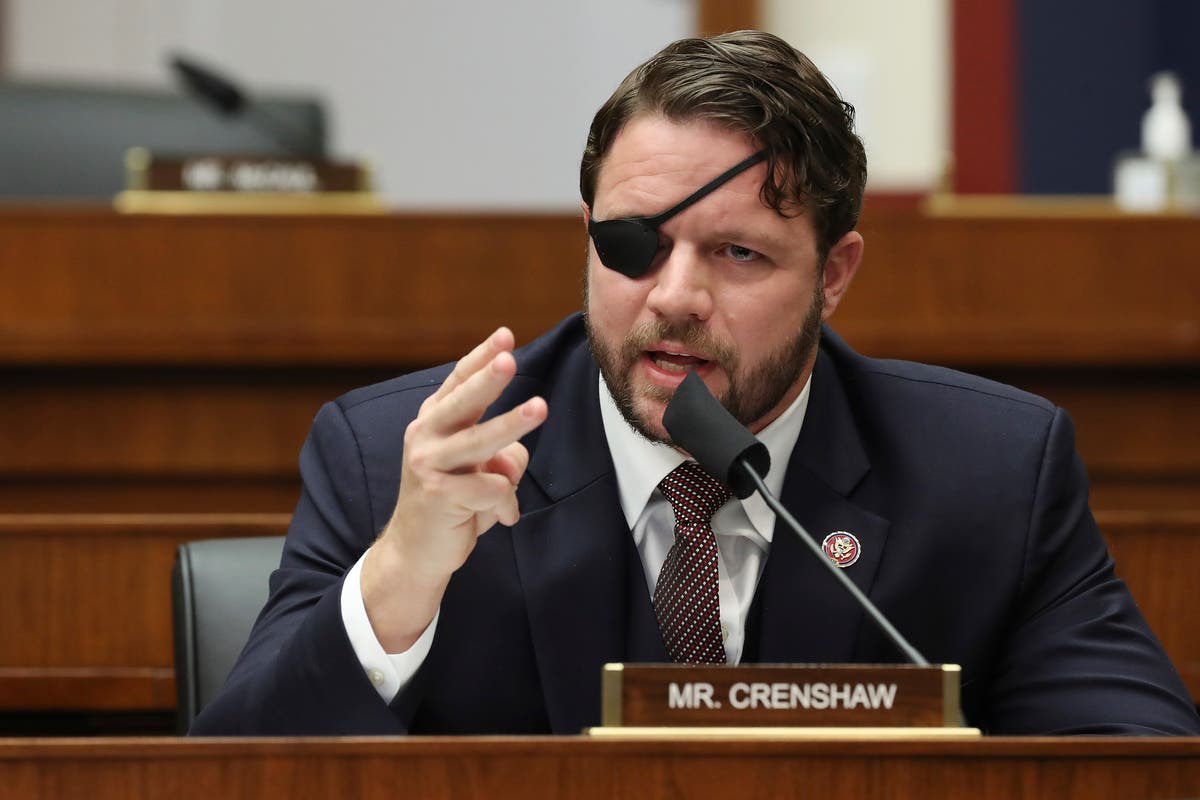 Rep. Dan Crenshaw says he’ll be effectively blind for “about a month” as he recovers from surgery for a detached retina.

The congressman from Texas is already missing one eye, due to an injury he suffered as a Navy SEAL in Afghanistan in 2012. The new injury is to his remaining eye – or, as he calls it, his “half a good eye.”

Mr Crenshaw announced his condition on Twitter, where he said he’ll be disappearing from public life for a while.

“A few days ago, I noticed some dark, blurry spots in my vision, which seemed out of the ordinary,” the congressman explained. “I went to get this checked out with an ophthalmologist on Thursday and they discovered that my retina was detaching.”

“This is a terrifying prognosis for someone with one eye, and the nature of the injuries that I sustained in Afghanistan,” he went on. “The blast from 2012 caused a cataract, excessive tissue damage, and extensive damage to my retina. It was always a possibility that the effects of the damage to my retina would resurface, and it appears that is exactly what has happened.”

Mr Crenshaw said that on Friday morning his wife, Tara, drove him to the Michael E. DeBakey VA Medical Center in Houston, where he underwent emergency surgery.

“The surgery went well, but I will be effectively blind for about a month,” he said. “I want to especially thank the phenomenal team of doctors and nurses at the VA who took such good care of me.”

The congressman added that he’ll have to lie face-down for the next week, in order for a “gas bubble” inserted by the surgeons to serve as a bandage on his retina.

While he recovers, Mr Crenshaw says his offices in Houston and Washington, DC will continue to function in his absence. Congress is scheduled to return to session next week.

The representative asked for prayers for his recovery, but expressed confidence that he’ll be all right.

“I’ve got Tara by my side, and we are here in Houston with plenty of support,” he said. “I have gotten through worse before, and I will get through this.”

0 0 0 0
Previous : ‘Business as usual’ for Queen following Prince Philip’s funeral, royal expert predicts
Next : ‘He’d cut out a square in his jeans’: The women who have suffered indecent exposure