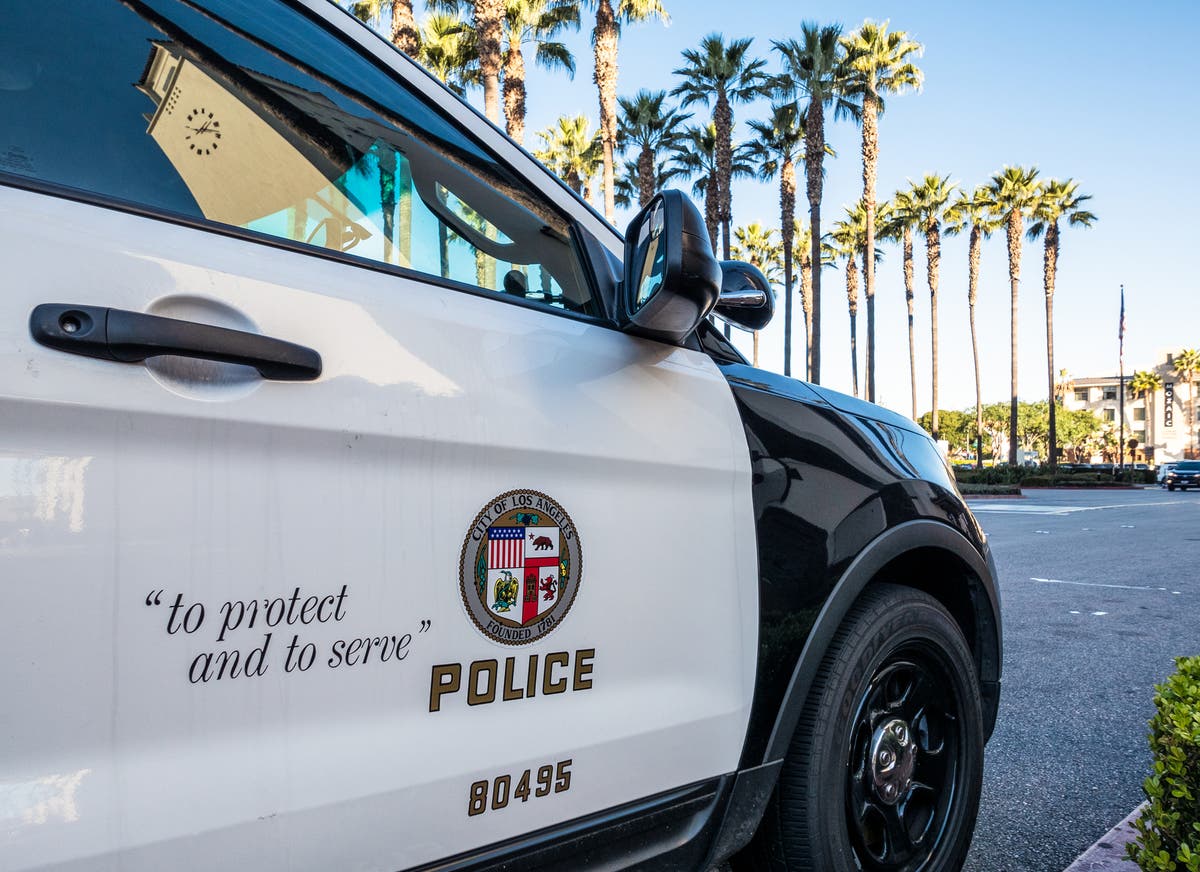 Video has emerged of Los Angeles  police arresting a Black man who smiled at them as they searched for a white suspect.

A federal magistrate in California ordered that the LAPD body camera footage was released as part of a lawsuit brought by music producer Antone Austin.

Mr Austin, who is also known as Tone Stackz, was arrested by officers in May 2019 despite not being the suspect in a domestic violence call.

Mr Austin and girlfriend Michelle Michlewicz were taken into custody for resisting arrest during the incident, according to the Los Angeles Times.

The Los Angeles City Attorney’s office had argued against the release of the video as it “may have a chilling effect on future LAPD investigations.”

But US Magistrate Jacqueline Chooljian agreed with Mr Austin’s lawyers that the 11-minute video should be made public.

In the video Mr Austin and Ms Michlewicz are seen being arrested as they protest that he is an innocent bystander.

And it begins with the officers admitting they were not sure that Austin was the man they were looking for.

“This dude?” one officer can be heard asking the other.

“Probably,” his partner replies on the 24 May recording, despite Mr Austin’s neighbour calling and reporting her white boyfriend, but not describing him in the call.

The officers confronted Mr Austin as he took out the trash in front of his apartment in the city, and smiled at them as he was approached.

When the officers told him to turn around, Mr Austin asked them why he should.

“Because I told you to,” replied the officer.

When Mr Austin told them he lived there, the officer told him, “OK, man, I don’t know who I am looking for.”

The officers then grappled with Mr Austin and tried to handcuff him as he told them, “You’re looking for the people upstairs.”

The video shows Ms Michlewicz trying to help her boyfriend as officers pull him away from her, and at one point her robe comes off and she is briefly naked on the street.

She was then pushed to the ground by one of the officers.

Mr Austin continued to express his innocence, telling the officers, “My rights have been violated” and his girlfriend could be heard saying “I just got tackled to the ground” and both were arrested.

In their civil rights lawsuit against LAPD they have accused the officers, one of whom was white and the other Asian-American, of racial profiling.

“It is racial profiling. They had no description of the suspect — a completely blank slate,” said attorney Faisal Gill, who represents both Mr Austin and Ms Michlewicz.

“They literally saw the first Black man, and they arrested him.”