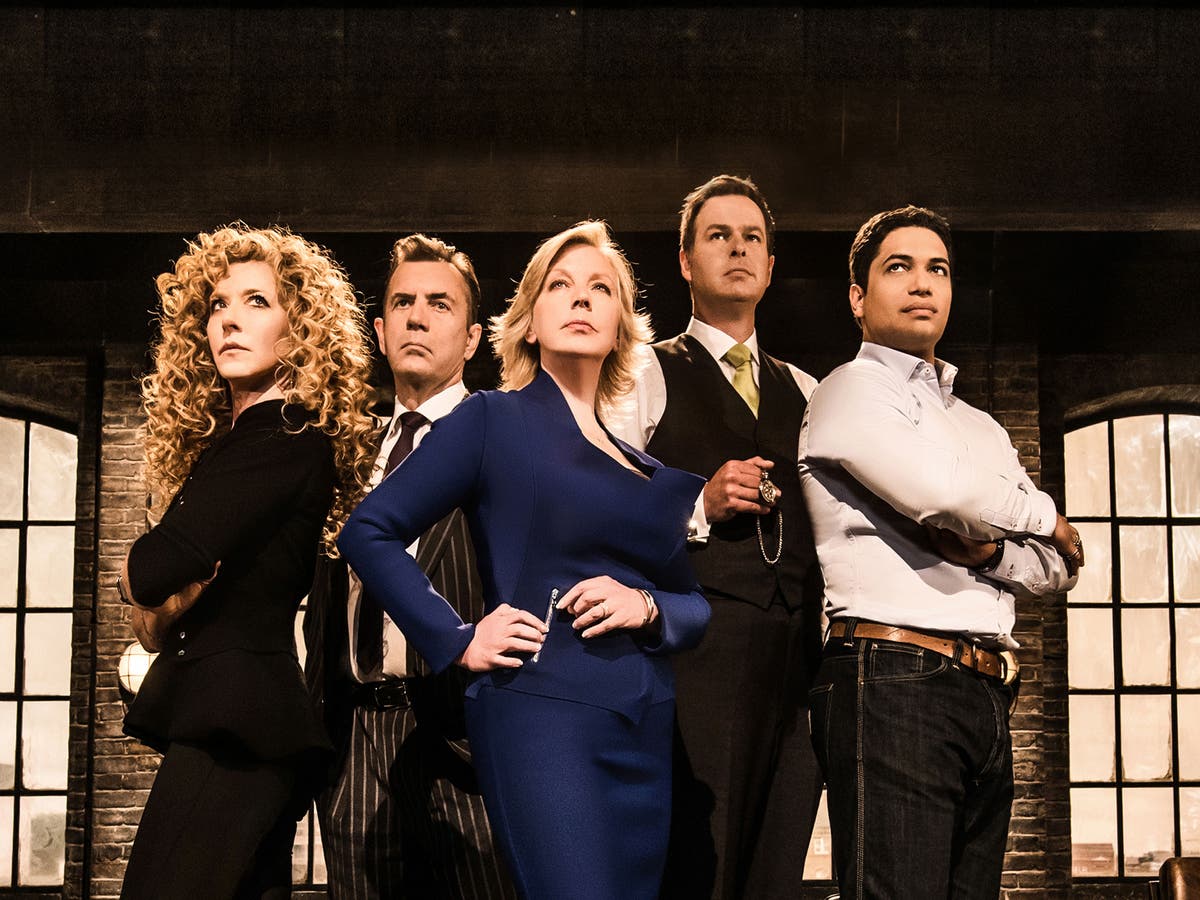 The BBC’s long-running reality show Dragons’ Den, in which aspiring entrepreneurs pitch product ideas to a panel of steely and frequently incredulous potential investors, has just started its eighteenth season.

Inspired by a Japanese forerunner called The Tigers of Money, the Beeb’s version has been on the air since January 2005 and seen all manner of ingenious innovations and deeply flawed concepts unveiled before Deborah Meaden, Peter Jones, Duncan Bannatyne, Theo Paphitis, James Caan and their fellow dragons, with the genial Evan Davis on hand to keep things civil and offer a word of sympathy to the recently humiliated.

While the likes of Levi Roots and his celebrated Reggae Reggae Sauce have enjoyed huge success thanks to the patronage of the show’s experts, their judgement is by no means unerring.

Here’s a glance at some of the biggest opportunities the dragons have passed up, no doubt to their lasting chagrin.

“It doesn’t seem like you’ve prepared very well to come in front of us today,” Rachel Elnaugh told former Portsmouth taxi driver Rachel Lowe in Series One as she sought £75,000 in investment in return for a 30 per cent equity stake in a new board game inspired by the streets of the capital.

While the dragons chastised Lowe for not being able to “have a basic business discussion” about the state of the market she was proposing to wade into, she had the last laugh.

The game eventually outsold every other in Hamley’s toy store on Regent Street in 2008, including Monopoly, and Lowe soon signed a deal with Disney to licence Pixar characters for her Destination Animation spinoff, winning herself an MBE from the Queen the following year.

Inventor Rob Law pitched his idea for ride-on suitcases to entertain children in busy airports in 2006, asking for £100,000 in exchange for a 10 per cent share before swiftly being shown the door when Theo Paphitis berated him over a loose strap on his prototype.

Trunki has, however, suffered from copycat manufacturers, with Magmatic, which now produces the line, losing a battle to defend its intellectual property rights in March 2016.

Husband and wife business partners David and Sarah Glashan pitched a beach bag that unfolds into a sun lounger to the dragons in 2006, asking for £250,000 in exchange for a 25 per cent stake.

The couple were scoffed out of the room but won the Double Gold Award at the British Invention Show soon after and had made £380,000 within two years. Nice.

A tense Shaun Pulfrey did not exactly help himself in a 2007 episode of the show in which he dragged his innovative new hairbrush through the mane of a disembodied mannequin’s head, provoking raised eyebrows among the panel as he sought to demonstrate its smooth “glide” motion by grunting and shoving the head as he went.

Somewhat inevitably, his idea was dismissed as “hair-brained” and his appeal for £80,000 rejected, but the product was later applauded by Victoria Beckham and Cara Delevigne and he was named Entrepreneur of the Year in 2016.

The same year, Shane Lake and Tony Charles went away empty-handed after a £100,000 offer from Duncan Bannatyne for their online takeaway ordering portal fell through.

The business proceeded without the Scot’s help and, by 2018, was merged with JustEat to the tune of £240m.

“America is the graveyard of British business,” James Caan assured Prestige Pets founder Natalie Ellis, advising her to abandon her dreams of cracking the states with her design for a no-spill dog’s water bowl and turning down her pitch for £120,000 and offer of a 15 per cent stake in the business.

In 2009, she made a custom bowl for a Portuguese water dog named Bo, who happened to live at the White House and was owned by a certain Barack Obama. She earned her first million a year later.

When nervous, pinstriped James Nash appeared on the show in 2009 to pitch his company Wine Innovations, dealing in “unbreakable” sealed plastic goblets containing a single-serving of wine, the dragons failed to recognise the potential, huffing at his appeal for £250,000 in exchange for a 25 per cent slice.

“People do not want to buy wine glasses like that,” Duncan Bannatyne told him, grossly underestimating the Great British Public’s willingness to drink vinegary sauvignon blanc out of an old shoe if it comes down to it.

Nash had already sold the cups at outdoor Rod Stewart and Red Hot Chili Peppers concerts so clearly knew whereof he spoke but, alas, the boardroom sages turned him away.

However, Marks & Spencer (M&S) had the vision the panelists lacked and duly licensed the product in 2012 for its Le Froglet line.

It is now a staple purchase on commuter trains and service stations en route to scenic picnic spots.

That same year, the show made an arguably even bigger booze-related blunder when producers rejected craft beer brand Brewdog from even pitching to the dragons following an audition.

Homebrew enthusiasts James Watt and Martin Dickie, who started the venture from a garage in Fraserburgh, Aberdeenshire, had been hoping to win a £100,000 investment in return for 20 per cent of the business.

The company has since opened up a string of bars across the country shifting Punk IPA, Dead Pony Pale Ale and Elvis Juice by the barrel and its founders estimate that, had they received the desired capital, the dragons’ investment would now be worth £360m.

Brewdog has since been valued at £2bn by Forbes.

“We got over the rejection eventually – but it took a while,” Watt has since reflected. “It would have been by far the most lucrative investment, not only in the history of Dragons’ Den, but pretty much in investment history overall.”

Paphitis announced he’d rather stick pins in his eyes than invest.

The duo would presumably have been equally dismissive of Christoper Columbus’s maiden sea voyages, the Wright Brothers’ dreams of manned flight and the young Fred Astaire’s first forays into tap-dancing.

Now rebranded as Ohyo, Jeremiah subsequently struck a deal with M&S and made his product available in 15 countries, including the US.

Business partners Nikki Frith and Linsey Oldroyd were confidently told their range of marmalades, jams and curds, based on cherished family recipes, “will only ever be regional”, and were shown the door without the £50,000 investment they had asked for.

Sainsbury’s did not agree, nor did the high-end retailers Booths, Partridges, Natural Kitchen or Selfridges, all of whom have since stocked their jars.

Market traders Dan Cluderay and Andy Needham pitched their discount mass grocery business in 2015 but were told to do one when they asked for £100,000 in exchange for a 10 per cent share.

Undeterred, they were runners up in the same year’s Virgin Media Pitch to the Rich competition, which landed them the same sum to invest in a marketing campaign. They were soon reporting a turnover of £4m a year and receiving more than 3,000 orders a week.

Brothers Harry and Charlie Thullier pitched their low-calorie ice cream range in 2016 and asked for a relatively modest £60,000 in support, only to be told by a miserly Nick Jenkins that: “The reward doesn’t justify the risk.”

They are now backed by Richard Branson and count Wimbledon favourite Andy Murray among their investors, their products found in the deep freezers of Co-op, Waitrose, Budgens and Holland & Barrett.