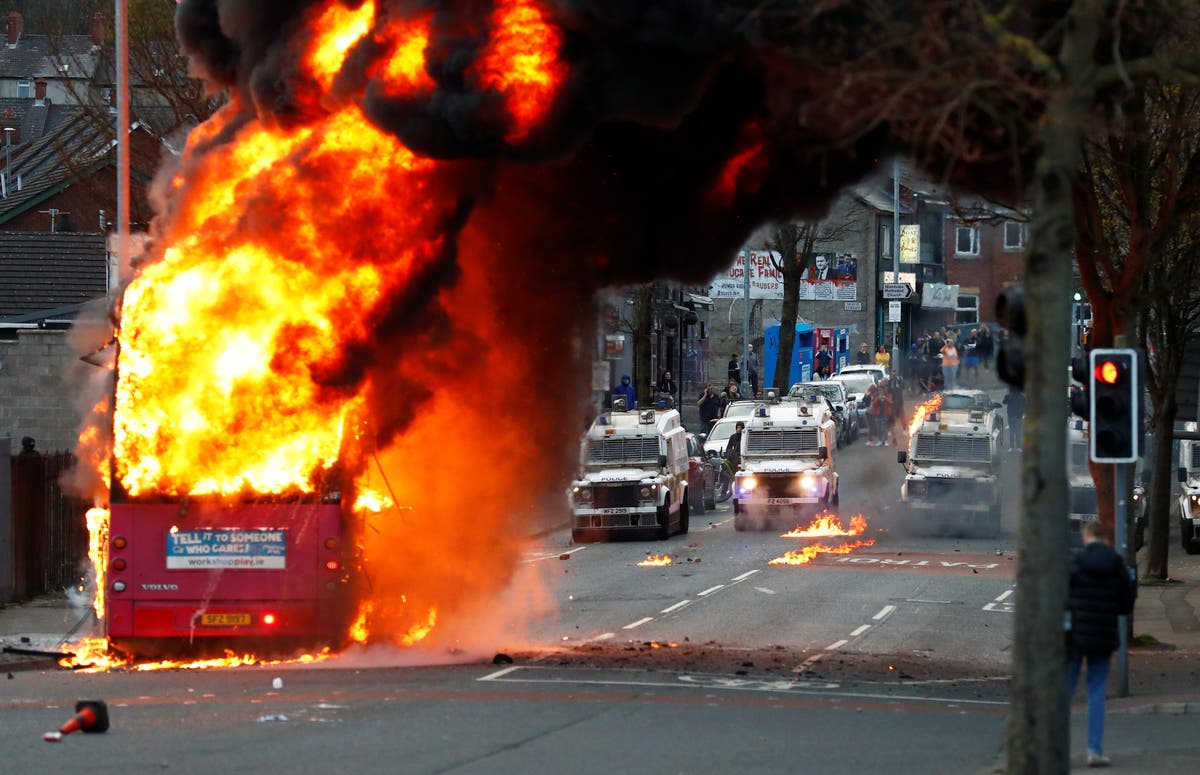 Does Boris Johnson even care about what’s happening in Northern Ireland?

he echoes from the 30 years of Northern Ireland’s Troubles are loud. On Wednesday night, seven police officers were reported injured in Belfast, a bus was torched and its driver and a journalist were attacked. At least one of the city’s so-called “peace gates” was breached, and there was violence elsewhere in the province, too. The  UK prime minister, Boris Johnson, put out a statement on Twitter, saying he was “deeply concerned” and piously prescribing “dialogue, not violence or criminality” as “the way to resolve differences”.

Quite so. A week before, though, when the violence first erupted, you would have been hard put to find anything much being said in the worlds of politics or the media beyond Northern Ireland itself. Having heard a brief mention on, I think, London’s LBC early last Saturday, I switched to the BBC for some detail – but nothing. On the BBC News website, I had to burrow as far as the Northern Ireland section to find any mention of the disturbances. On that night’s News at Ten, the BBC reported that there was now “more rioting” in west Belfast. More? Where was the news the first time around?

It was not until Monday and even Tuesday that the rest of the UK was being given more than an inkling of what was happening, and why, in what is – still – an integral part of the United Kingdom. A report from Sima Kotecha on BBC’s Newsnight on Tuesday finally made a decent stab at it. By now the violence was into its fifth day. And still, the politicians were holding back.