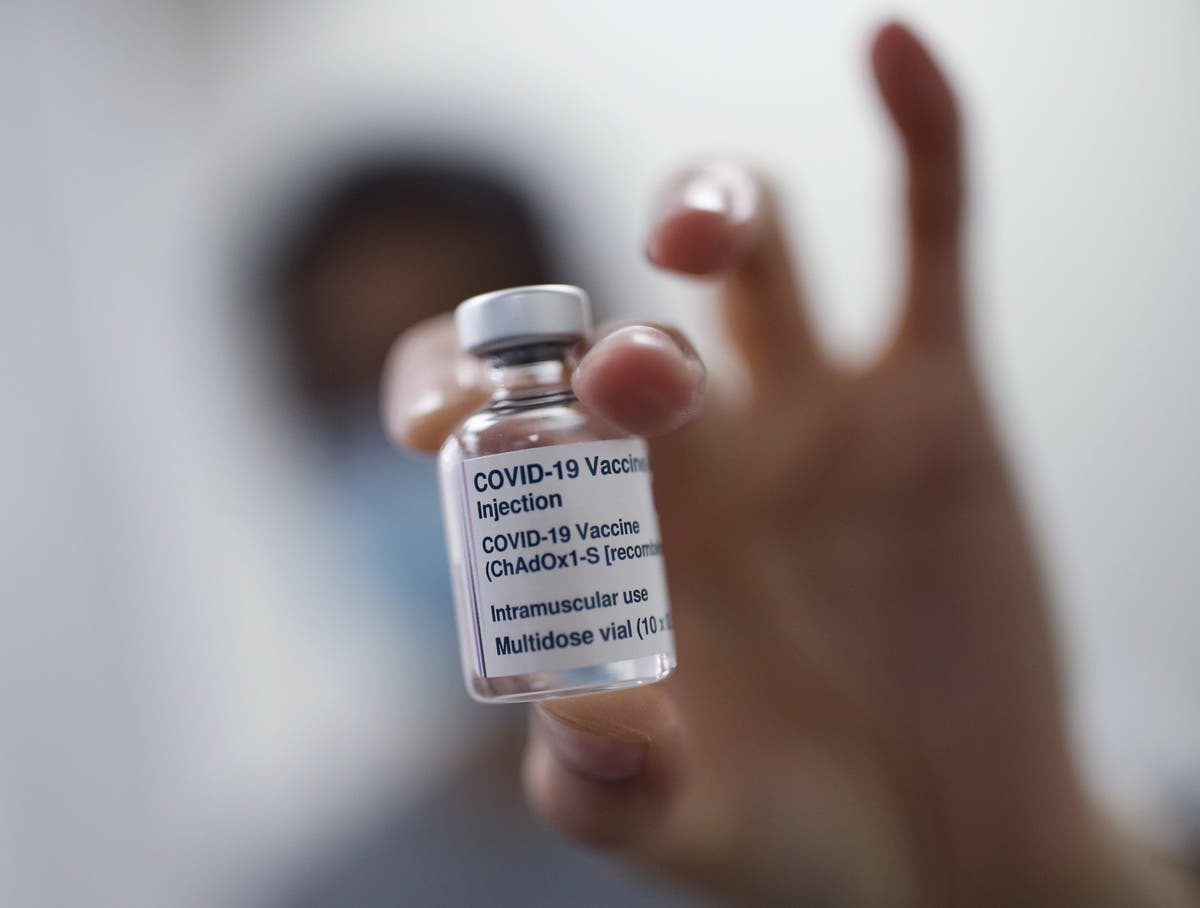 Anti-vaxxers are seeking to exploit new evidence of links between the AstraZeneca jab and blood clots to undermine the UK’s vaccination programme, public health experts have warned.

They called for a “sustained” information campaign over the coming months to counter anti-vaccine messages, after the MHRA regulator on Wednesday confirmed evidence of a link to very rare but potentially fatal clots.

Ministers were quick to join scientists in making clear that the risk of complications arising from the inoculation was tiny, in comparison with the risk to health from Covid-19.

Boris Johnson said people should continue to have “full confidence” in the AstraZeneca vaccine, while health secretary Matt Hancock toured the TV and radio studios with a message that all vaccines cleared for use in the UK are “safe for all ages”.

Mr Hancock said the four-in-a-million chance of developing a blood clot as a result of the AstraZeneca jab was no more than the risk from “taking a long-haul flight”.

But public health professor Linda Bauld of the University of Edinburgh told The Independent that the message must be maintained in the long term to counter doubts which are already being spread on social media by opponents of vaccination.

“The communication that has happened over the last 24 hours has been pretty good, but we need to keep it up and my concern is that it won’t be sustained,” said Prof Bauld.

“Often we have an announcement from a government or arm’s length body, and then it sort of goes away – that is pretty typical. We mustn’t just talk about it this week and then forget about it.”

Prof Bauld called for ministers to direct messages on the safety of vaccines through the social media platforms used by the 18-29 age-group who have been advised to consider opting for a different jab rather than AstraZeneca.

It will be vital to keep the campaign going at least through to July, when the majority of this group are likely to receive their first dose, as many will not focus on the pros and cons of vaccination until they are invited to participate, she said.

“I am concerned that this will be used – and I can see it being used on social media already – by the anti-vaxx community, all those people on Twitter with happy yellow faces,” she said.

“They’re already seizing on this. It will provide ammunition for them. And that needs to be avoided.”

University College London professor of health psychology Robert West told The Independent that the government must be ready to actively challenge disinformation about the new MHRA findings.

“You can’t just ignore them, you have to pay attention to what people are saying and be ready to counter them, ideally as quickly as possible and as concretely as possible,” he said. “Obviously, it makes sense for the government’s communications agencies be monitoring what’s going on on social media. If it’s not really getting much penetration, then you don’t want to amplify it, but as soon as it looks as though it’s getting some traction, then you absolutely have to deal with.”

Both stressed that it was vital to use trusted voices from outside government, including scientists and doctors, as well as ministers to keep the message of reassurance in the forefront of public debate.

And they said that clear and comprehensive information must be made easily available online to deal with the understandable concerns of people who have experienced less dramatic side-affects after receiving their jab.

Prof West said it was important for younger people who may not feel at risk of hospitalisation or death from coronavirus to be made aware of the danger of long Covid blighting their health for months or years after an infection.

New figures from the Office for National Statistics showed deaths involving coronavirus have plummeted 92 per cent in England and Wales since the peak of the second wave in January, with 712 fatalities in the seven days to 19 March compared to 8,945 deaths in the week ending 22 January.

Mr Hancock urged under-30s to take a jab to protect loved ones and avoid the risk of long Covid, adding there is “more than enough” of the Moderna and Pfizer alternatives for this age range.

In a round of broadcast interviews, Mr Hancock said vaccines are clearly breaking the link between Covid-19 cases and deaths in the UK and were saving “thousands of lives”.

Speaking directly to younger people who may be thinking they do not need protection, the health secretary said: “The vaccines are safe, and if you want to have the Pfizer vaccine or Moderna vaccine instead then that is fine.

“Covid is a horrible disease and long Covid affects people in their twenties just as much it seems as any other age group and can have debilitating side effects that essentially ruin your life.”

Professor Anthony Harnden, deputy chairman of the joint committee on vaccination and immunisation, explained that the chance of suffering a clot after a vaccine was much lower than for other medicines or during pregnancy.

0 0 0 0
Previous : Black people are going missing in vast numbers – but campaigners say their cases are being ignored
Next : Journalist refused post-Brexit settled status despite living in UK since age 10