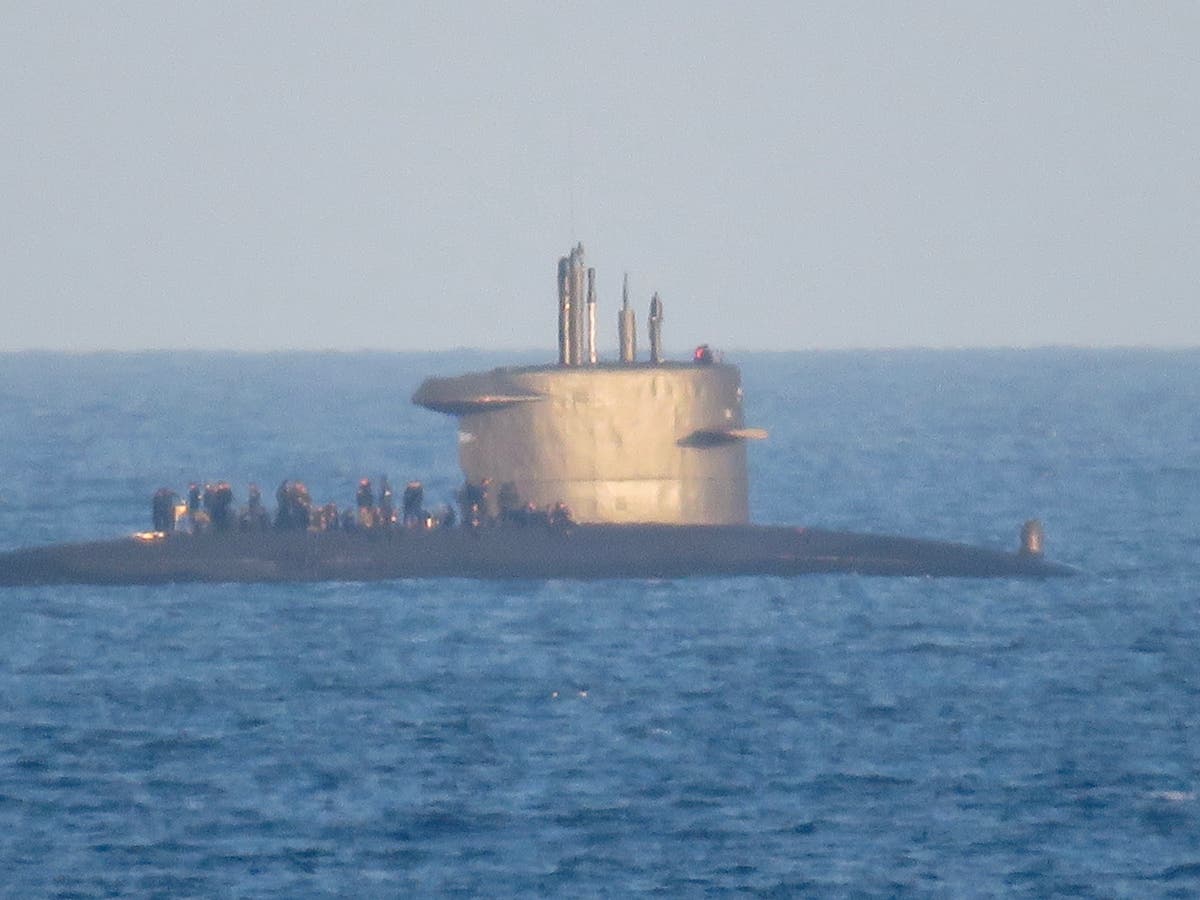 A Dutch submarine crew was spotted enjoying the Easter weekend sun and tucking into a BBQ just off the Cornish coast.

The seaman were spotted by eagle-eyed locals at Mount’s Bay relaxing topside on the subaqueous watercraft, as reported by CornwallLive.

At first it was suspected the vessel might be British, but online sleuths quickly ascertained the submarine’s true identity as a diesel powered boat from the Dutch navy.

The crew of the vessel even tweeted pictures of themselves enjoying their food off the coast and a video with music playing as dolphins swam alongside the submarine in the blazing sunshine.

Abdel Bakrim posted photos and footage of the submarine on social media, he said:“Not a sight you expect to see every day. It’s the first time I’ve ever seen a submarine. Hope it’s nothing serious!”

Local Jane Johnson directed a tweet at the crew which said: “We waved to you from Mousehole and took this photo from our balcony!”

The navy personnel were understood to be feasting on sausages at the BBQ while taking a break from their duties.

According to Twitter user Kai Greet, the vessel is not an uncommon sight off the Cornish coast.

He said: “Walrus-class attack submarine of the Dutch Navy pictured on the surface in Mount’s Bay, Cornwall, today They’re frequent visitors to the submarine exercise areas off our coast.”

The submarine, called the HNLMS Dolfijn, can be used to collect intelligence from shallower waters or carry out reconnaissance along coastal areas, as reported by AD.

0 0 0 0
Previous : Hunter Biden says he ‘smoked more parmesan cheese than anyone you know’ in depths of crack addiction
Next : THIS IS HOW WE REBUILD LONDON | The Great Celebration Will Bring People Back to London – Brian Rose