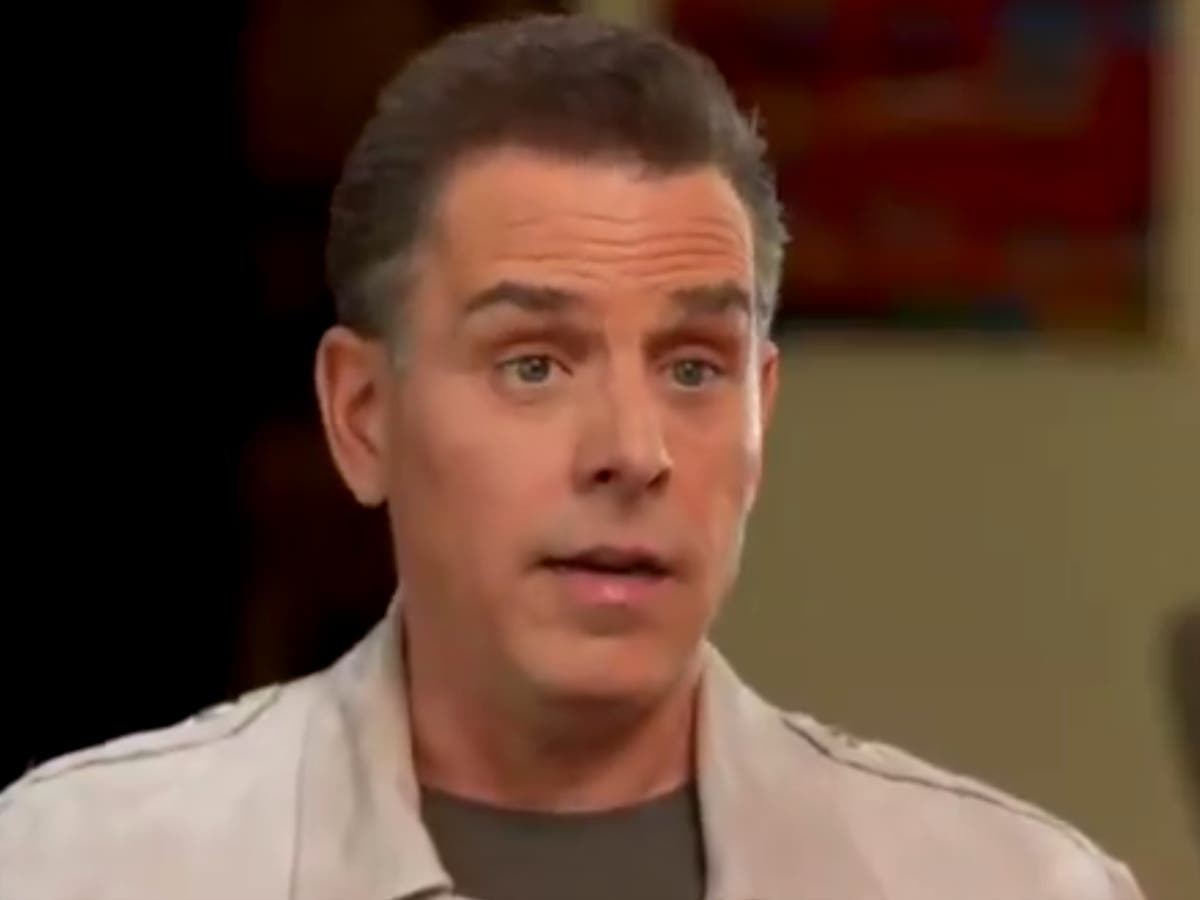 Hunter Biden, the son of US president Joe Biden, has spoken frankly about the depths of his addiction to crack cocaine, describing his experiences of scrabbling on the floor and picking through carpets in search of stray traces of the drug in the grip of feverish desperation.

“I spent more time on my hands and knees picking through rugs smoking anything that even remotely resembled crack cocaine,” Mr Biden told Tracy Smith of CBS Sunday Morning.

“I probably smoked more parmesan cheese than anyone that you know,” he joked.

The president’s son, a regular target of unfounded Republican conspiracy theories about his business affairs, is currently promoting his new memoir Beautiful Things.

He also spoke candidly about his father staging an intervention on his behalf while serving as Barack Obama’s vice president.

“He sought of ditched the Secret Service,” Mr Biden recalled, saying his father had told him “You’re not fine” and urged him to get help to conquer his substance addiction.

He also explained that his problems with drink and drugs had been heightened by the tragic death of his brother Beau from a brain tumour in 2015, aged just 46, a trauma that saw Hunter briefly commence a relationship with the deceased’s widow, Hallie.

“I think people were confused by that,” Mr Biden admitted in the interview. “And I understand that. It came out of a real overwhelming grief that we both shared. And we were together and trying to do the right thing and that grief turned into a hope for a love that maybe could replace what we lost.”

“And it didn’t work. It didn’t work,” he added. “I made a lot of decisions that I probably shouldn’t have made.”

The executive declined to answer questions about an ongoing FBI probe into his tax arrangements, other than to say: “I’m cooperating completely and I’m absolutely certain, 100 per cent certain, that at the end of the investigation that I will be cleared of any wrongdoing.”

He was also questioned about his tenure on the board of Ukrainian gas company Burisma between 2014 and 2019, a period coinciding with then-Vice President Biden calling for the removal of that country’s top prosecutor, Viktor Shokin, whom he accused of corruption.

Donald Trump’s subsequent interest in allegations against the Bidens arising from the apparent conflict of interest led to the ex-president’s first impeachment by the House of Representatives in December 2018, after he was recorded pressuring his Ukrainian counterpart Volodymyr Zelensky into opening an investigation during an official phone call, implying that US military aid to Kiev would be withheld unless Mr Zelensky complied.

“No, I don’t think I made a mistake taking a spot on that board,” Hunter Biden said of his decision to join Burisma.

“I think I made a mistake in terms of underestimating the… the way in which it would be used against me.”

“I’m being as honest with you as I possibly can,” he told Ms Smith. “All I know, is that not one investigative body, not one serious journalist have ever accused… has ever come to the conclusion that I did anything wrong, or that my father did anything wrong.”

Mr Trump was widely assumed to have made a veiled attack on Hunter Biden during an interview of his own last week, when he told the Real America’s Voice cable channel that the key to good parenting was keeping your children away from drink and drugs.