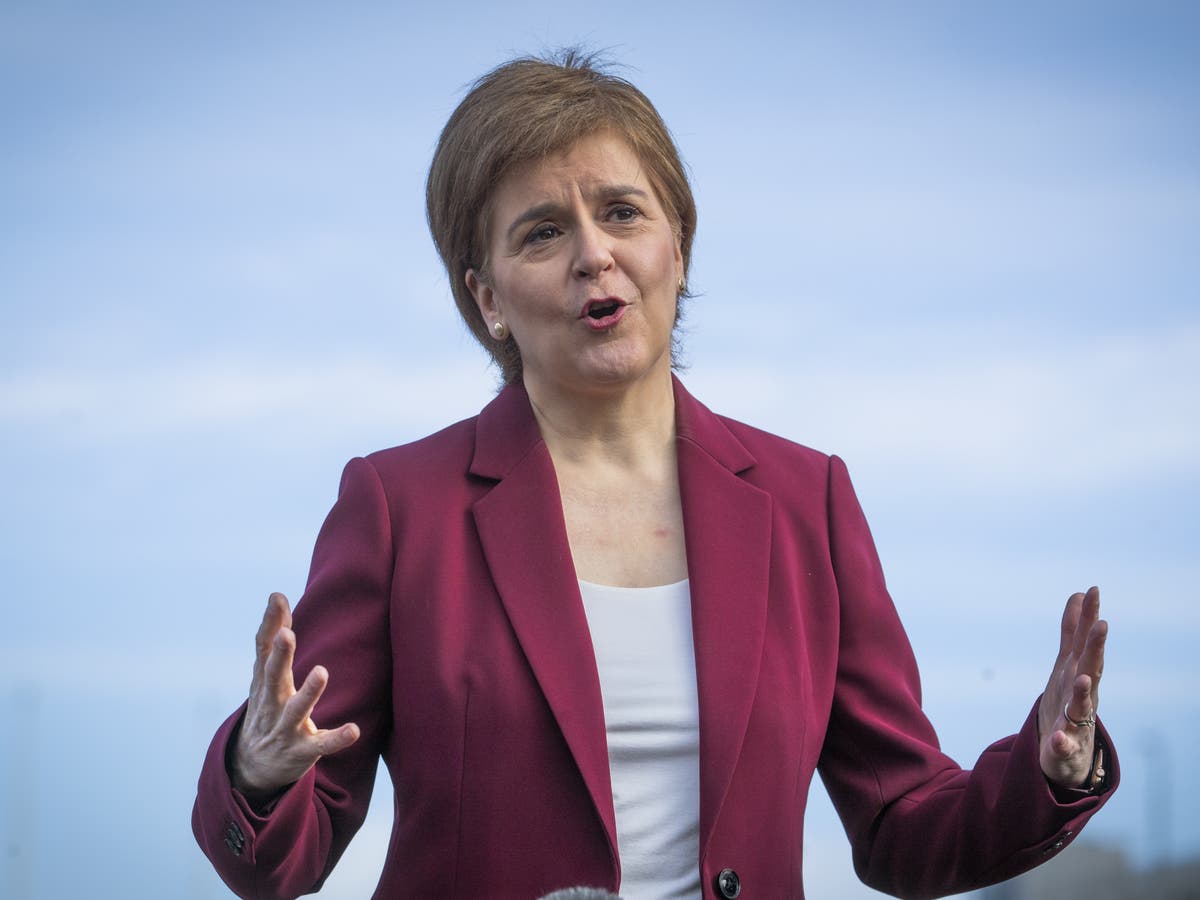 Scotland’s first minister Nicola Sturgeon has claimed that the Covid crisis may have boosted support for Scottish independence.

The SNP leader said Scots had “looked to their own” leaders at a time of crisis – suggesting that her administration’s handling of the pandemic had made people consider the “benefits” of a breakaway state.

“People have, at a time of crisis, looked to their own government here in Scotland to lead,” she said, adding: “I think what we have seen is that natural inclination of people to look to their own democratically-elected government.”

The SNP leader added: “And perhaps that has made people think about the benefit of self-government, and it may well be that that is having some kind of impact in the polls.”

Ms Sturgeon insisted she was not gleeful about the possibility that the crisis had boosted support for independence over the past year. “There is no upside to Covid, and I don’t ever want to sound as if I am suggesting as if there is,” she said.

Scottish Tory leader Douglas Ross seized upon the remarks. “In the week that we will most likely pass 10,000 deaths from Covid [in Scotland], every single one a tragedy, it’s jarring to see Nicola Sturgeon use the pandemic as a recruiting tool for independence,” he said.

It comes as the latest Panelbase poll showed pro-independence candidates on course to win a clear majority in May’s Holyrood elections, a majority Ms Sturgeon would claim as a mandate for indyref2.

The SNP itself would win a narrow majority of 65 seats in the 129-seat Scottish parliament, but would also be bolstered by eight seats from the pro-independence Scottish Greens.

In less happy news for Ms Sturgeon, the same poll shows a poll boost for Alex Salmond’s new pro-independence party – indicating that Alba could take up six seats in the Scottish parliament.

Mr Salmond also received a boost after Scottish music legends and long-time SNP supporters The Proclaimers urged their fans to back Alba at the 6 May election.

Former Labour prime minister Gordon Brown has urged Ms Sturgeon to put her push for her independence to one side and to focus on boosting jobs as part of the economic recovery.

“Nicola Sturgeon must do what I think even she knows is right – to put her constitutional argument to one side and focus on the job in front of her,” he said.

Scottish Labour leader Anas Sarwar said: “I’m afraid Nicola Sturgeon has a blindspot when it comes to the constitution. Holding a referendum during the recovery would be irresponsible. I want us to focus on what unites us a country, not what divides us.”

Despite polls showing the SNP lead holding steady, Ms Sturgeon has some significant headaches to manage in the election campaign.

Questions have been raised about a SNP donor winning planning approval for a £650m development following meetings between his company’s staff and SNP ministers, uncovered by Scottish Labour.

Sandy Adam’s Springfield Property Ltd declared meetings with the first minister and SNP ministers in Holyrood’s lobbying register, but there is no mention of them in ministerial diaries, according to the Sunday Mail.

Labour MSP Neil Findlay said: “There are serious questions to be asked with reference to the ministerial code.”

Meanwhile, police are investigating claims of a £600,000 fraud by SNP officials. It has been alleged that money raised by activists to prepare for another independence referendum was diverted to other things. “Inquiries are ­ongoing and at an early stage,” said Police Scotland.