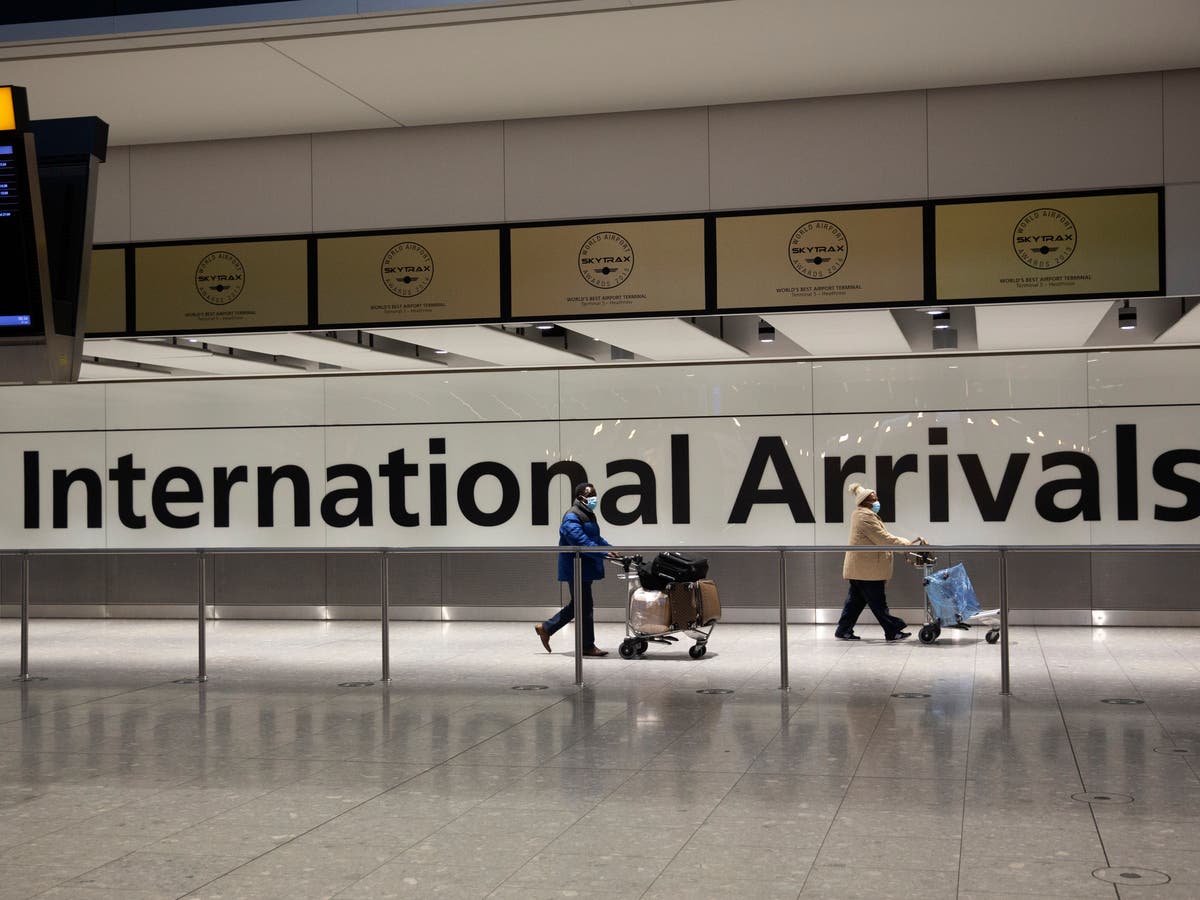 Boris Johnson is set to outline a traffic light system central to the government’s plan to open up foreign travel while preventing Covid variants finding their way into the UK.

Ministers have said the current lockdown ban on international travel will remain until at least 17 May, with the government’s global travel task force due to report on recommendations for next steps on 12 April.

But on Monday the PM is expected to set out a system under which countries are assessed across a range of factors and assigned one of three risk ratings.

It comes as the government seeks to roll out a raft of measures to see a return to normal life following the rapid rollout of the UK’s vaccine programme, with Covid ‘status certificates’ among the measures being trialled ahead of the return of mass attendance events.

For international travel, countries will be assessed on factors including the proportion of the population that has been vaccinated, rates of infection, the presence of emerging new variants, and access to reliable scientific data and genomic sequencing.

Travellers returning from “green” rated countries who undergo pre-departure and post-arrival testing will be free to return to daily life on their arrival in the country with no need to isolate.

For those classed as “amber,” restrictions will remain as they are with arrivals required isolate at home for 10 days. Travel from “red” countries will remain banned apart for from UK residents, who will continue to be ordered to quarantine in designated hotels.

The government has said it still too early to predict which countries would be on which list and continue to advise against booking holidays abroad this summer.

There are currently 39 nations on the UK’s red list, including the Philippines, Pakistan, Kenya and Bangladesh, which will subject to the restrictions from 9 April.

But the government has so far avoided placing European nations popular with UK tourists, such France and Italy, on the list despite surging infections.

Industry body Airlines UK, which has been calling for some type of traffic light system, said it was vital that mass air travel was able to resume soon.

“There are tens of thousands of jobs dependent upon aviation and restarting travel, and the sector cannot survive another lost summer with little or no revenue,” said chief executive Tim Alderslade.

“We can do this proportionately and in a risk-based way, it’s not a question of opening up the border to every country out there.

“If there are concerns about variants restrictions will remain but where it is safe to do so we need to start the process of opening up.

“We cannot with a straight face talk about Global Britain without aviation.”

The new travel rules come as the government also conducts a social distancing review looking into ways of allowing closer contact between friends and families, enabling greater capacity on public transport, and reduce spacing requirements within venues and workplaces.