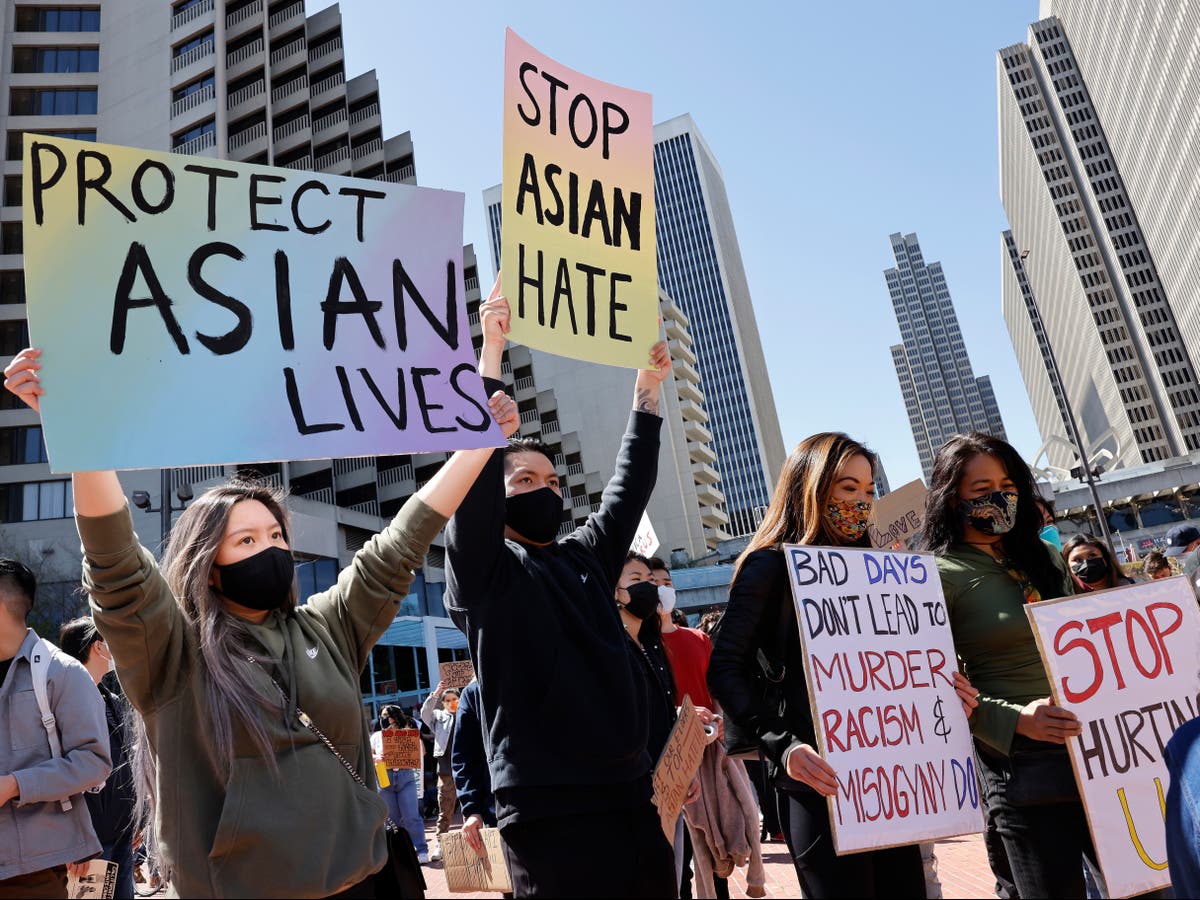 Texas GOP candidate on Chinese migrants: ‘I don’t want them here at all’

At a political forum on Wednesday, GOP congressional candidate Sery Kim falsely suggested that Chinese immigrants bring the coronavirus to the United States – and suggested that she opposes their entry to the country.

“I don’t want them here at all,” Kim, who is Korean American, told attendees, speaking of Chinese immigrants and China in general, the Dallas Morning News reported. “They steal our intellectual property, they give us coronavirus, they don’t hold themselves accountable.”

Ms Kim, 42, also argued that a rising surge in violence and threats against Asian Americans has been trumped up by the media, saying that “Asians have always faced violence. It’s not worse than before.”

The comments left Ms Kim, who served under Trump in the Small Business Administration, facing blowback from both supporters and opponents. Republican Representatives Young Kim and Michelle Steel, both of California, who endorsed Ms Kim in March, told The Washington Post they had told her that the comments were wrong. Both have withdrawn their endorsements.

“As the first Korean American Republican women to serve in Congress, we want to empower and lift up fellow members of the AAPI [Asian Americans and Pacific Islanders] community who want to serve their communities,” Young Kim and Steel said in a statement on Friday.

“We talked with Sery Kim yesterday about her hurtful and untrue comments about Chinese immigrants and made clear that her comments were unacceptable. We urged her to apologize and clarify her remarks, especially as hate against the AAPI community is on the rise. However, she has not publicly shown remorse, and her words were contrary to what we stand for. We cannot in good conscience continue to support her candidacy.”

Kim says her comments were meant to be directed at the Chinese government, not immigrants.

“I am shocked that in an effort to counter Asian-American hate the liberal media is targeting me, an Asian and an immigrant, in an effort to paint me as anti-Asian and anti-immigrant just for speaking against the oppressive Chinese Communist Party,” said Kim in a statement Friday night to The Post.

Kim’s comments come amid a wave of racist attacks and threats against Asian Americans, some of which have turned fatal. In March, the Center for the Study of Hate and Extremism at California State University at San Bernardino reported that hate crimes against Asian Americans in 16 of America’s biggest cities climbed 150 per cent last year.

Some activists have linked to President Donald Trump’s anti-China rhetoric over the coronavirus pandemic. During the last months of his tenure, he repeatedly used racially insensitive terms to refer to the disease.

Kim is now among 11 Republicans running for a seat left vacant when Rep. Ron Wright, R-Texas, died of covid-19 complications in February. His widow, Susan Wright, who was present at the forum on Wednesday, is also running to represent the district in northeastern Texas in the 1 May election.

After her comments about China at the forum, Kim said she did not believe there has been a surge in violent attacks against Asian Americans. “The biggest difference right now is people are filming it and the media choosing to report it,” she said.

The World Health Organization released a report earlier this week announcing the virus most likely first infected humans after jumping from an animal, a theory with wide scientific support. However, the agency noted it has not ruled out the possibility that the virus could have originated in a lab, saying it did not get enough access from Chinese authorities during their investigation to prove or disprove it.

Lydia Bean, a Democrat running for the seat whose husband and 10-month-old son are both Chinese American, lambasted Kim on Twitter and called her comments “racist.”

“The ‘them’ @seryfortexas is referring to are my husband Norman & my ten-month-old baby boy Micah,” tweeted Ms Bean on Thursday. “This type of speech, no matter who it comes from puts their lives in danger. It’s racist, and it’s not who we are in Texas.”

She added: “The hateful rhetoric by Sery Kim is shocking, but it is unsurprising. Trump Republicans often scapegoat Asian Americans because they would rather place blame than get things done.”

Young Kim and Steel, who are the first GOP Korean American women in Congress, still support Kim’s bid for Congress despite their opposition to her remarks, a spokesperson with Young Kim told The Post.

Russell Jeung, a professor of Asian American studies at San Francisco State University and co-founder of Stop AAPI Hate, which tracks incidents of hate and discrimination against Asian Americans and Pacific Islanders in the United States, took issue with Kim’s suggestion that violence against the community hasn’t increased.

“Although Republican candidate Sery Kim does not believe that anti-Asian violence is worse than before, the Atlanta shootings and our Stop AAPI Hate data prove otherwise,” Jeung told The Post in an email, referring to a mass shooting last month that killed eight people, including six Asian women.

Jeung noted that his organization has received almost 3,800 reports of discrimination from Asian Americans across the country since last March.

“This surge in racism is clearly attributable to the inflammatory political rhetoric of [the] Republican Party, including the kind of China-bashing that Kim spouts,” Jeung said.