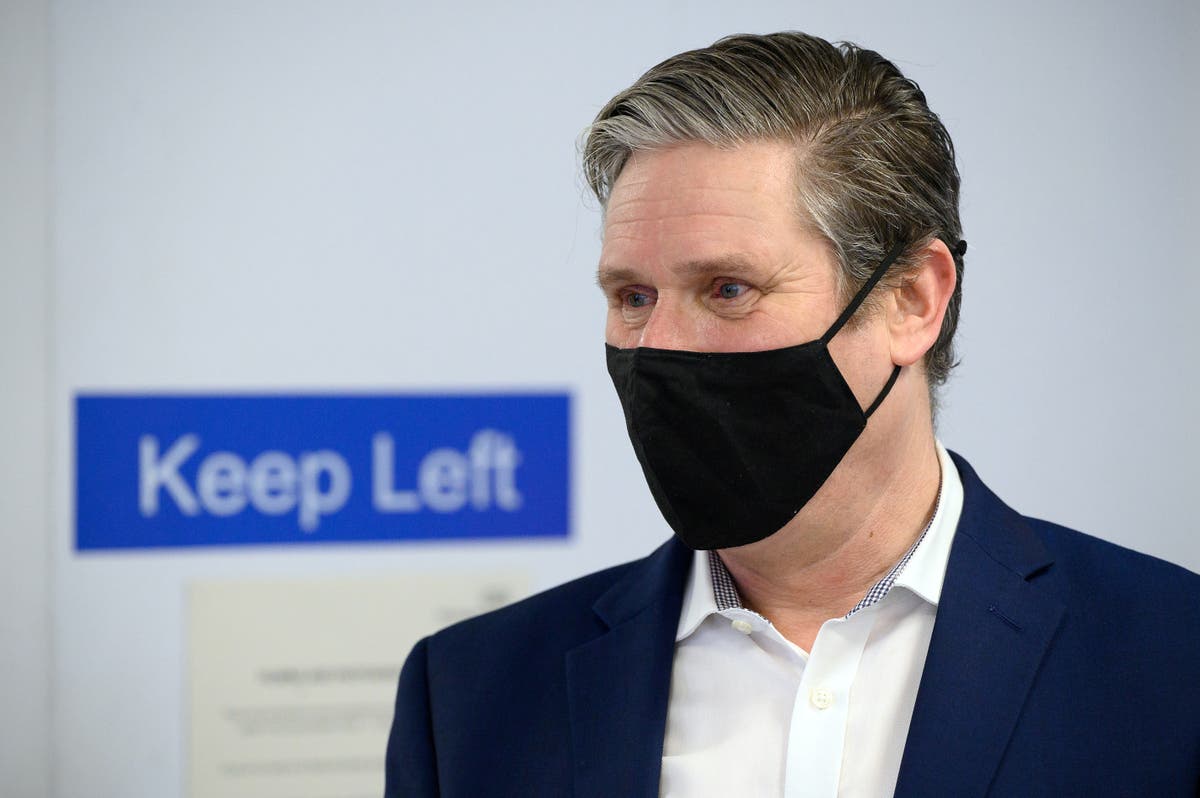 It comes after the Labour leader attended Jesus House in Brent Cross to promote the coronavirus vaccine rollout, crediting the institution for being a “wonderful example” of a church serving its community during the pandemic.

In a video clip posted on social media, Sir Keir added it was great to meet those at the church to “to talk about how to address inequalities and injustices” the Covid crisis had exposed in Britain.

But the church’s senior pastor Agu Irukwu has previously come under the spotlight for comments on LGBT+ rights and in 2017 the then-prime minister Theresa May faced criticism for a visit she made to the church, with the campaigner Peter Tatchell describing it as an “insult to the whole LGBT community”.

Mr Irukwu shared images on social media with the Labour leader this week, and also posted photographs with Boris Johnson earlier in March as the prime minister visited the pop-up vaccination centre. No 10 has been contacted for comment.

In 2006 the pastor’s name appeared in a letter published in The Daily Telegraph which argued the then-Labour government was “discriminating against Christians in order to appease minority groups”.

“The latest discrimination against Christians is the new law called the Sexual Orientation Regulations, said to combat the problem of homophobia in Britain,” the letter said.

“The regulations force Christians in churches, businesses, charities and informal associations to accept and even promote the idea that homosexuality is equal to heterosexuality.

“For the sake of clarity, this is not what the Bible teaches and it is not what we believe to be the truth. In our view, these regulations are an affront to our freedom to be Christians.”

A separate letter in 2013, which his name also appeared under, argued against the introduction of same-sex marriage, suggesting “if the government gets its way, it will not be a victory for equality”.

“Marriage is and always will be distinctively a union between a man and a woman,” the letter said, and called for a referendum on the issue.

“By changing marriage from its historic foundation it would be creating a legal fiction, and consequently devaluing this vitally important social institution.”

In 2017, The Independent reported the organisation’s website asked people in a survey whether they have experimented with homosexuality or “any other alternative sexuality”, which included “bisexual, transgender, beastiality” in brackets.

Following criticism, Jesus House said in 2017 it wanted to correct “misinformed” comments on social media, adding: “We are called to love all, irrespective of ethnicity, religious background or sexual orientation. It’s not our place to judge others”.

In response to Sir Keir’s visit, Labour’s LGBT+ group, which is affiliated to the party, said: “We have spoken with the leader of the opposition’s team regarding his visit to the church on Good Friday that does not align with our values on conversion therapy or LGBT+ equality.

“We are satisfied that the Labour Party, and Keir Starmer personally, are determined to ban conversion therapy and achieve equality for LGBT+ people”.

They later added: “This visit was unacceptable and we made this clear to LOTO. We received an unreserved apology, and will be urgently meeting with them next week to ensure this does not happen again and that LGBT+ equality is embedded in everything Labour does.”

A Labour spokesperson told The Independent: “The Labour Party is unwavering in its support for the LGBT+ community and a woman’s right to access safe abortions, and have called for the government to stop dragging its feet and ban the abhorrent practice of conversion therapy.”

Jesus House and No 10 have been contacted for comment.

0 0 0 0
Previous : Meet Charlie the Clueless Posh Bristol Woke ‘Protestor’
Next : Texas GOP candidate on Chinese migrants: ‘I don’t want them here at all’