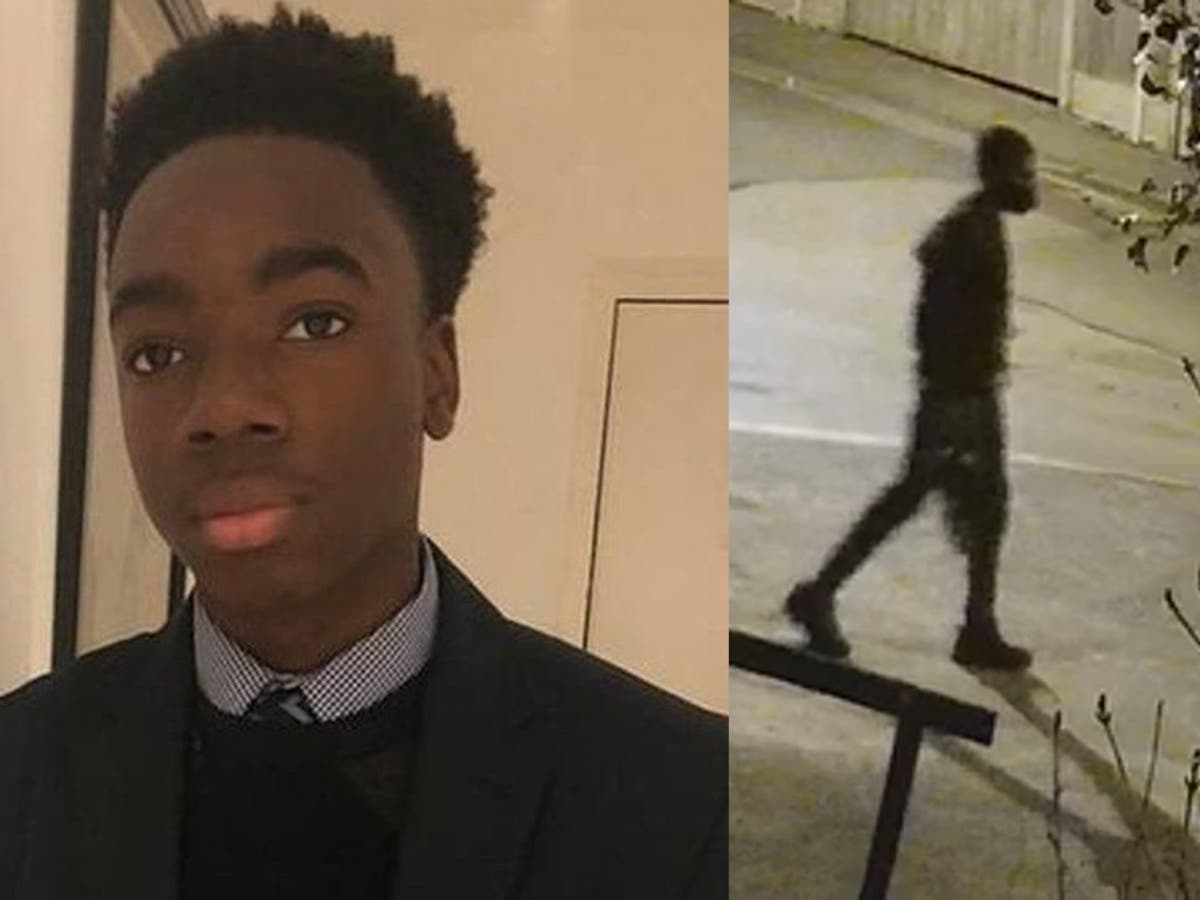 Police investigating the disappearance of Richard Okorogheye have appealed directly to the student to get in touch, saying: “Our only concern is your safety.”

Richard was reported missing on 24 March, two days after he left his family home in the Ladbroke Grove area of west London.

The nineteen-year-old, who has sickle cell disease, had been shielding since the onset of the pandemic last March, only leaving the house for medical reasons. He had recently told his mother, Evidence Joel, that he was “struggling to cope”.

Richard did not take his medication or any money when he left his home on the evening of 22 March.

He was last seen on CCTV in Loughton, Essex, in the early hours of Tuesday, March 23, walking towards Epping Forest.

As searches around the forest enter their third day, the Metropolitan Police issued a fresh appeal on Saturday, urging Richard to contact the force or someone he trusts.

Detective Superintendent Danny Gosling, head of the Met’s Central West Public Protection Unit, said: “People can go missing from home for any of number of reasons. Our job is not to cast judgment but to work to find them and bring them home safely.

“My message to Richard is clear: Our only concern is your safety. You are not in trouble and have done nothing wrong.

“If you read or hear this message we would ask you to contact us, or someone you trust, to let us know you are safe. Your loved ones, and many other people who you do not even know, are very concerned.

“I would also like to thank the public for their continued support in sharing our appeals, checking doorbell and dash cam footage and passing on any information. As our efforts to find Richard continue, the eyes and ears of ordinary members of the public will be essential tools in our search.”

The Met said that searches around Epping Forest, supported by Essex police, have so far been unsuccessful in finding anything relevant to the investigation, but officers are keeping an open mind about the whereabouts of Richard.

On Sunday, an appeal shared by police asking the public for any information was added to the many others shared by Richard’s friends on social media.

The appeal has been shared thousands of times, including by singer Dua Lipa, photographer Misan Harriman and author Bonnie Greer.

Ms Joel said Richard told her he was going to visit a friend’s house and would be back later – but he never returned home. None of his friends said they had seen him that night.

On Thursday, police said there had been ‘no activity’ on Richard’s mobile phone since he went missing 12 days prior.

CCTV footage shows Richard was wearing all black and had a black satchel bag with a white Adidas logo, worn across his lower back.

He was captured on CCTV walking alone on Smarts Lane, Loughton, towards Epping Forest at 12.39am on Tuesday March 23.

0 0 0 0
Previous : Blackpool to ban lap dancing clubs in bid to clean up image
Next : Muslim women fear they could be attacked after Switzerland votes to ban burqa in public