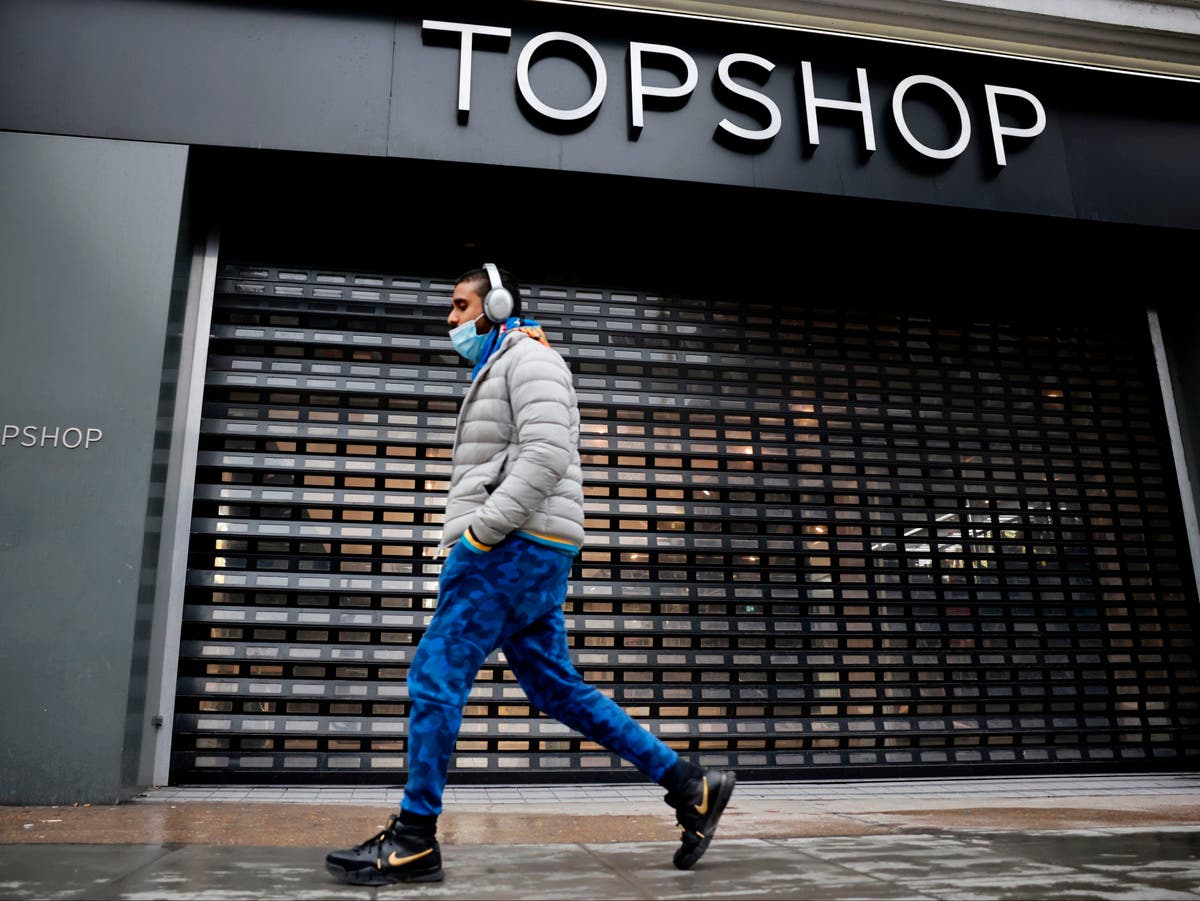 Almost 190,000 jobs have been lost in the retail bloodbath since shops were first forced to shut their doors a year ago, according to new figures.

In exclusive data for the PA news agency, the Centre for Retail Research has revealed that 188,685 retail jobs have vanished between the start of the first coronavirus lockdown on 23 March 2020 and 31 March this year.

The figures come less than two weeks before non-essential shops reopen their doors to customers in England after the lengthy third lockdown.

However, shoppers will visit high streets and town centres that have been hit hard by the pandemic, with thousands of stores shutting their doors for good.

The figures revealed that 83,725 jobs lost in the period were due to administrations, including major collapses by Debenhams and Sir Philip Green’s Arcadia Group.

Another 92,974 jobs were axed through rationalisation programmes, which included supermarkets Sainsbury’s and Asda cutting thousands of roles.

The devastating impact of the pandemic resulted in 15,153 store closures in shopping destinations across the UK, the figures also revealed.

According to real estate adviser Altus Group, up to 401,690 shops are currently shuttered around the country and could reopen in the next stage of Boris Johnson’s roadmap out of lockdown.

Retail bosses have raised concerns that the high street will still be very challenging for retailers despite the easing of restrictions, as business rates payments return for many.

He said: “Come 1 July, large retailers in England will effectively be returned to full business rates liabilities, calculated by reference to rents being paid six years ago, bearing no resemblance to the here and now, with the fundamental right of appeal to seek valuation adjustments being retrospectively removed.”

Meanwhile, a government spokesperson said: “We have continued to support the retail sector throughout the pandemic, including our new £5bn Restart Grant scheme, extending the furlough scheme and the VAT cut, providing 750,000 businesses in retail and other sectors with business rates relief and a £350bn package to support jobs and livelihoods.

“As we build back better from coronavirus we want to see our high streets thrive. We have put in place an accelerated £1bn Future High Streets Fund, a £4.8bn Levelling Up Fund and are working with local leaders through the High Street Taskforce, all to support town centres, high street regeneration and drive growth across the UK.”