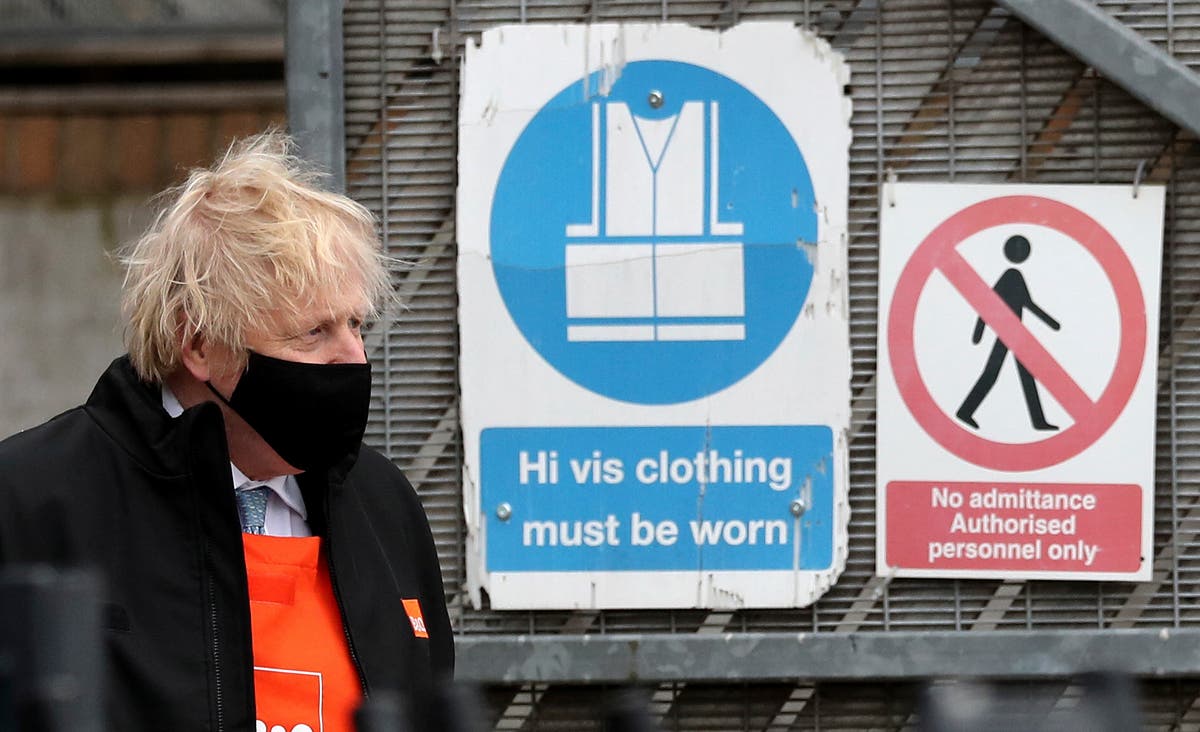 Boris Johnson to set out plans for a certificates to identify those who are immune to the coronavirus as part of plans to bring back mass gatherings and indoor events as lockdown restrictions ease in England.

Whitehall officials have planned a series of trial events over the coming months as they look to find a way for venues such as football grounds and nightclubs to reopen without the need for social distancing.The prime minister, who will lay out more details of the scheme on Monday, said the government was doing “everything we can” to enable the return of mass events.

However, the proposals will be scrutinised heavily by MPs with many deeply suspicious about anything which smacks of a “vaccine passport” for domestic use.

More than 40 Tory MPs have declared objections to the idea, and Mr Johnson could struggle to get the plan through Parliament if they decide to oppose it, with Labour leader Sir Keir Starmer also indicating his party could refuse to back vaccine passports.

Sir Keir said this week that “if we get the virus properly under control, the death rates are near zero, hospital admissions very, very low, that the British instinct in those circumstances will be against vaccine passports”.

While there had previously been suggestions vaccine passports could be used to help reopen pubs without social distancing,, sources cited by The Sunday Telegraph said the measures would take “months not weeks” to be introduced and are unlikely to be used before September.

In developing the scheme, officials will take into account three factors – whether an individual has received the vaccine, has recently tested negative for the virus, or has “natural immunity” having tested positive in the previous six months.

The NHS is said to be currently working on ways of providing people with the means to demonstrate their Covid status through “digital and non-digital routes”.

The review is also looking at how ventilation and testing on entry could facilitate the safe return of audiences return to mass events and closed settings.

Ministers believe the scheme will be most useful in managing the risks where the are large numbers of people in close proximity such as music festivals, sporting matches and nightclubs.

Setting where certification will not be required include essential shops and public transport.

Officials are working with clinical and ethical experts to ensure there are “appropriate exemptions” for people who are advised to the vaccine and for whom repeat testing would be difficult.

The first trial is due to take place on 16 April at the Hot Water Comedy Club in Liverpool, to be followed two days later by the FA Cup semi-final at Wembley.

Other events where the scheme is to be tested include the World Snooker Championship at the Crucible Theatre in Sheffield – running from from 17 April to 3 May – and a mass participation run at Hatfield House on 24 and 25 April.

The pilots will culminate with the FA Cup Final, again at Wembley, on 15 May.

Mr Johnson said: “We have made huge strides over the past few months with our vaccine programme and everyone in the country has made huge sacrifices to get us to this stage in our recovery from Covid-19.

“We are doing everything we can to enable the reopening of our country so people can return to the events, travel and other things they love as safely as possible, and these reviews will play an important role in allowing this to happen.”

The prime minister will also outline the government’s approach for easing restrictions on foreign travel when its global travel task force reports on 12 April.

Ministers have made clear that the ban on foreign travel will remain in place until at least 17 May.

When it is finally lifted, it will be be replaced by a risk-based “traffic light” system with red, amber and green ratings for countries around the world.

This will be based on a range of factors – including the proportion of the population that has been vaccinated, rates of infection, emerging new variants and the country’s access to reliable scientific data and genomic sequencing.

Meanwhile a further social distancing review is looking into ways of allowing closer contact between friends and families, enabling greater capacity on public transport and reduce distancing requirements within venues and workplaces.