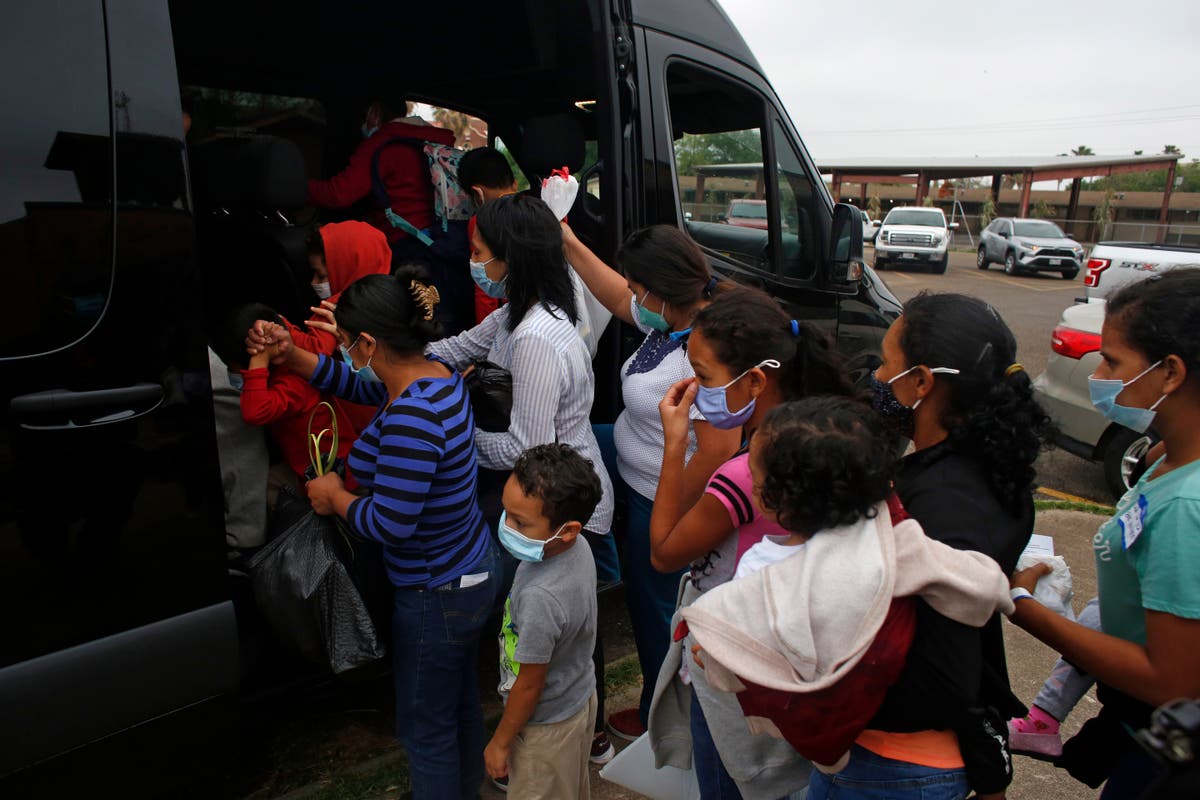 Border crossings into USA at highest rate in 15 years

Preliminary enforcement data for March confirms what border officials have been saying for weeks: the number of migrants crossing into the United States has skyrocketed to the highest levels in at least 15 years, and record numbers of teenagers and children arriving without parents have overwhelmed the government’s ability to care for them.

Though President Joe Biden and his top officials have refused to acknowledge it is a crisis, the latest data shows the new administration under extraordinary strain.

U.S. agents took more than 171,000 migrants into custody last month, according to U.S. Customs and Border Protection figures that contradict Biden’s claims that his administration is facing an influx no different from previous years. The rapid increase in border arrests and detentions – which has more than doubled since January – underscores the magnitude of the challenge facing an administration that has promised more humane and more-welcoming immigration policies.

Biden officials now find themselves racing to add thousands of emergency shelter beds to alleviate dangerous overcrowding inside tent enclosures, where Central American teens and children are being held for longer than legal limits and sleeping shoulder to shoulder under foil blankets for days on end.

Last month, CBP took in more than 18,800 unaccompanied minors, a 99 per cent increase from February and a figure far above the previous one-month high of 11,861 in May 2019. The jump in the number of migrants arriving as part of family groups was even steeper last month, soaring to more than 53,000, up from 19,246 in February and 7,294 in January, the preliminary figures show.

A current CBP official and a former CBP official who have both seen the preliminary March figures confirmed their accuracy.

“These numbers suggest a new level of challenge for the administration as they look for a sensible border strategy, particularly given the rise in the number of families,” said Andrew Selee, president of the nonpartisan Migration Policy Institute.

“They’re facing a set of tough options for trying to manage the flow in a way that’s consistent with the desire for humanitarian treatment and yet dissuades people from coming,” he said.

Asked by reporters about the increasing number of migrants arriving at the border, Biden said during his first news conference last week that his administration was facing the same challenge previous administrations have confronted.

“The truth of the matter is nothing has changed,” Biden said. “It happens every single, solitary year: There is a significant increase in the number of people coming to the border in the winter months of January, February, March. That happens every year.”

The enforcement statistics from March belie that claim. The precipitous increase in crossings during the first two months of Biden’s term has a more vertical growth curve than any comparable span over the past two decades. The biggest two-month increase during the last big surge in 2019 was about 45,000 in raw numbers. Between January (78,442) and March 2021 (171,000) it was more than 90,000.

Biden took office promising a more welcoming approach to immigrants and a reversal of his predecessor’s hard-line policies. His administration announced a 100-day deportation moratorium, cancelled controversial Trump policies restricting asylum and proposed a major immigration bill offering millions a path to citizenship, among other measures cheered by supporters.

His administration also said it would not use the Title 42 emergency health order, put in place at the start of the pandemic in March 2020, to return unaccompanied Central American minors to their home countries, allowing them to instead seek humanitarian protection under the law.

In recent weeks, border agents have struggled with the overwhelming number of unaccompanied teenagers and children in their care, many held in cramped detention conditions for far longer than legal limits while they wait for bed space to open at emergency shelters run by the Department of Health and Human Services. CBP announced Friday the opening of a new 90,000-square-foot tent facility near Eagle Pass, Texas, to help the agency cope with the volume of families and children in its care. A similar influx site is also under consideration in Arizona.

HHS has opened or is preparing to open nine emergency facilities, sending the minors to convention centres, converted oil-worker camps and military bases while it screens family members and eligible sponsors in the United States who can assume custody.

The March data also shows the scope of the challenge faced by patrol agents in the field who are trying to capture single adults crossing at levels not seen in years. Last month CBP detained more than 99,000 single adults, up from 71,598 in February.

The Biden administration continues to use the Title 42 public health order to rapidly return most of these adults to Mexico, but the “expulsion” policy has fueled a major increase in repeat crossings by the same individuals. It is unclear how many of the 99,000 fit in that category, but CBP officials have said 30 to 40 per cent of the adults they apprehend are recidivist crossers. They emphasize that each apprehension uses agents’ time and resources, regardless of whether the individual is a repeat offender.

CBP officials also say that they are struggling to intercept more-determined male entrants and that the number of “got aways” who are detected but not detained has risen to nearly 1,000 per day, the highest in recent memory.

Jen Psaki, the White House press secretary, said on Friday the Biden administration will continue to emphasize its message that the vast majority of adult migrants are turned back under Title 42. Asked about the March data, she started to try to describe it but then instead said: “We are not naive about the challenge, but what our focus is on is solutions and actions to help address the unaccompanied minors who are coming across the border and making it less of an incentive to come.”

The CBP enforcement statistics for March confirm what top border and Department of Homeland Security officials have been saying for weeks.

“We are on pace to encounter more individuals on the southwest border than we have in the last 20 years,” Homeland Security Secretary Alejandro Mayorkas said last month in a statement, adding: “We are securing our border, executing the Centers for Disease Control and Prevention’s (CDC) public health authority to safeguard the American public and the migrants themselves, and protecting the children. We have more work to do.”

In 2019, U.S. agents made nearly 1 million arrests and detentions along the U.S.-Mexico border, including record numbers of migrants arriving as part of family groups. Their number peaked at 88,857 in May 2019, a figure significantly higher than the 53,000 who arrived last month, but CBP is projecting 500,000 to 800,000 migrants will arrive as family members during the 2021 fiscal year, which would eclipse 2019 totals.

The Biden administration has declined to use the Title 42 health order to return unaccompanied minors to Central America, allowing them to exercise their legal right to seek humanitarian protection in the United States.

Biden officials say they are attempting to use the policy to turn back family groups, but they have been limited by Mexico’s ability to accept Central Americans “expelled” under the order. In February, the United States returned about 40 per cent of the families who crossed, but that figure has fallen to about 10 to 20% in recent weeks, statistics show.

Hundreds of family members have been waiting under a bridge at an outdoor processing station near McAllen, Texas, in recent weeks, where photos show parents and children sleeping on the dirt under Mylar blankets.

U.S. agents have been so overwhelmed by family groups arriving to the Rio Grande Valley of South Texas that they began releasing some of them from custody without a formal notice to appear in court, asking them to instead report to the nearest U.S. Immigration and Customs Enforcement office when they reach their destination in the United States.