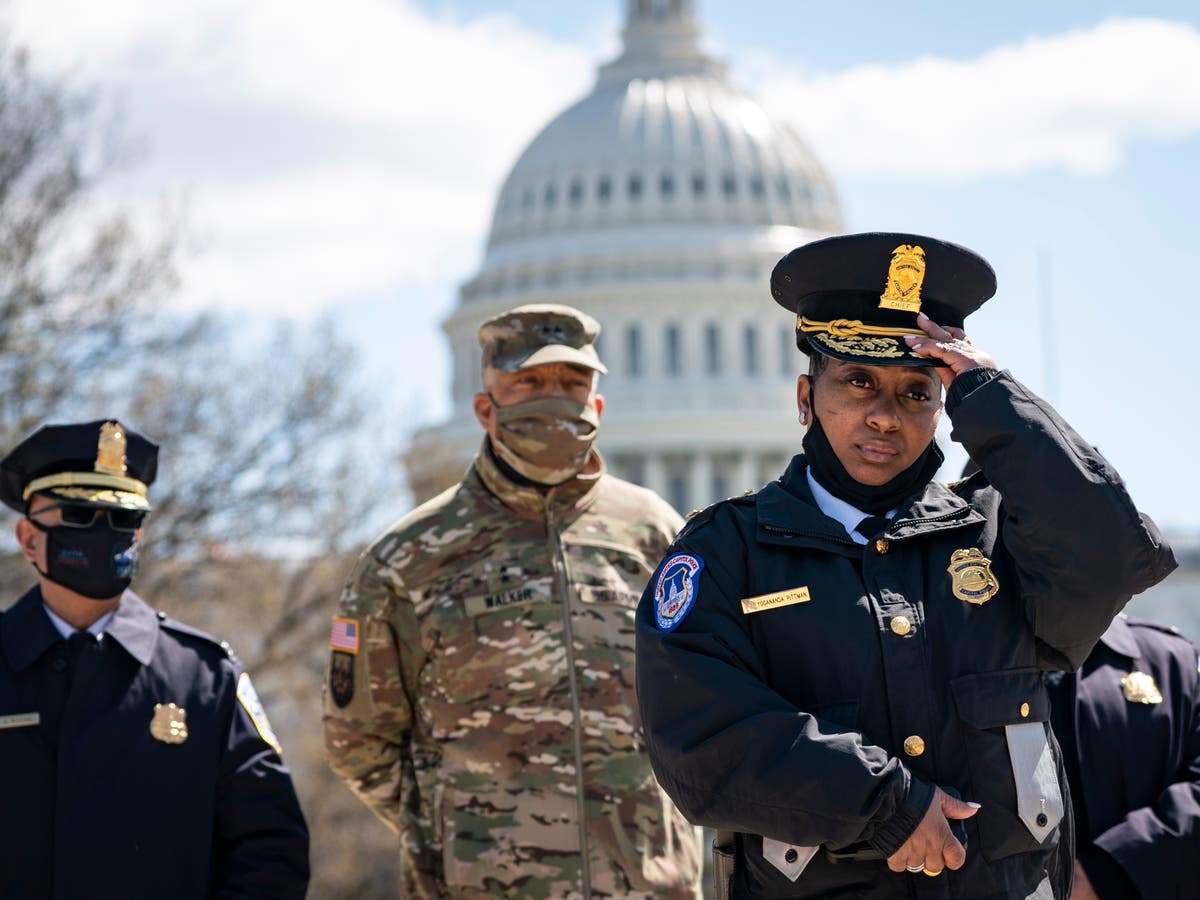 A “heartbroken” Joe Biden is among those to have offered his condolences after US Capitol police officer William “Billy” Evans was killed in a car attack at a security checkpoint.

As tributes poured in for the officer of 18 years, described by House Speaker Nancy Pelosi as a “martyr for our democracy”, the US president said he was ordering an investigation into the ramming attack, which left another officer injured. The suspect was shot dead.

Coming less than three months after Trump supporters violently stormed the complex, the suspect, named as Noah R Green of Indiana, was said by police to have “exited the vehicle with a knife in hand” on Friday and started “lunging” at the officers” in an attack not initially believed by investigators to be “terrorism-related”, according to the Washington Metropolitan Police Department’s acting chief.

With tensions continuing to rise between Russia and Ukraine, Joe Biden has spoken with the country’s president Volodymyr Zelensky for the first time since taking office more than two months ago.

The call with Mr Zelensky, who has asked for greater western support, came as US and Nato officials warned of a Russian military build-up near eastern Ukraine.

Suspect appeared to be supporter of Louis Farrakhan

After the car attack suspect was named as Noah R Green, a 25-year-old from Indiana, The New York Times and other outlets reported that he had described himself as a supporter of Louis Farrakhan – leader of the so-called “Nation of Islam” group.

Mr Farrakhan is described by the Anti-Defamation League as “a notable extremist figure, railing against Jews, white people and the LGBT community”.

Citing Green’s now-deleted Facebook page, The Times reported that the suspect said he had been struggling through the last few months of the pandemic, had recently left his job and had been “faced with fear, hunger, loss of wealth and diminution of fruit”.

Here are some of the reactions from political leaders in Washington DC.

Senate minority leader Mitch McConnell said those in the chamber “could not be more grateful” for the officers’ heroism:

And his Democratic counterpart Chuck Schumer said “we will be forever indebted” to Officer Evans.

Here’s the statement from Joe Biden in full:

“Jill and I were heartbroken to learn of the violent attack at a security checkpoint on the US Capitol grounds, which killed Officer William Evans of the U.S. Capitol Police, and left a fellow officer fighting for his life. We send our heartfelt condolences to Officer Evans’ family, and everyone grieving his loss.

“We know what a difficult time this has been for the Capitol, everyone who works there, and those who protect it.

“I have been receiving ongoing briefings from my Homeland Security Advisor, and will be getting further updates as the investigation proceeds.

“I want to express the nation’s gratitude to the Capitol Police, the National Guard Immediate Response Force, and others who quickly responded to this attack. As we mourn the loss of yet another courageous Capitol Police officer, I have ordered that the White House flags be lowered to half-staff.”

‘My first thought was: not again,’ Capitol aide says

One person who works at the Capitol has said their first reactions to receiving a text informing them of the lockdown yesterday were nausea and a horrible sense of déjà vu.

“My first thought was: ‘not again,’” the aide, who works for a House Democrat and requested anonymity because they are not authorised to speak to the press, told The Independent. “My second thought was that I need to find a trash can in case I throw up.”

Read more on the reaction from inside the Capitol here:

Over the nearly three months since a horde of pro-Trump rioters smashed through windows, assaulted police officers, and came within seconds of storming an occupied Senate chamber in their efforts to disrupt certification of the electoral college, the seat of America’s legislative branch has been the site of an uneasy peace, writes Andrew Feinberg from Washington DC.

Much of the fencing and razor wire that had surrounded the complex since the events of 6 January claimed the life of a Capitol Police officer had been removed, and while some post-insurrection security precautions – some fencing, metal detectors at the entrance to the House chamber, and National Guard troops augmenting the police – has remained a point of contention among some Republicans, the business of Congress has continued largely without disruption.

But whatever feeling of normalcy had returned to the US legislature was shattered along with the quiet of Good Friday, just after 1pm, when a dark blue vehicle slammed into a checkpoint barrier.

Our chief US correspondent has this report on the car attack at the Capitol yesterday, which left one police officer dead and another injured.

Good morning, and welcome to The Independent’s live coverage of US politics and events in Washington DC.