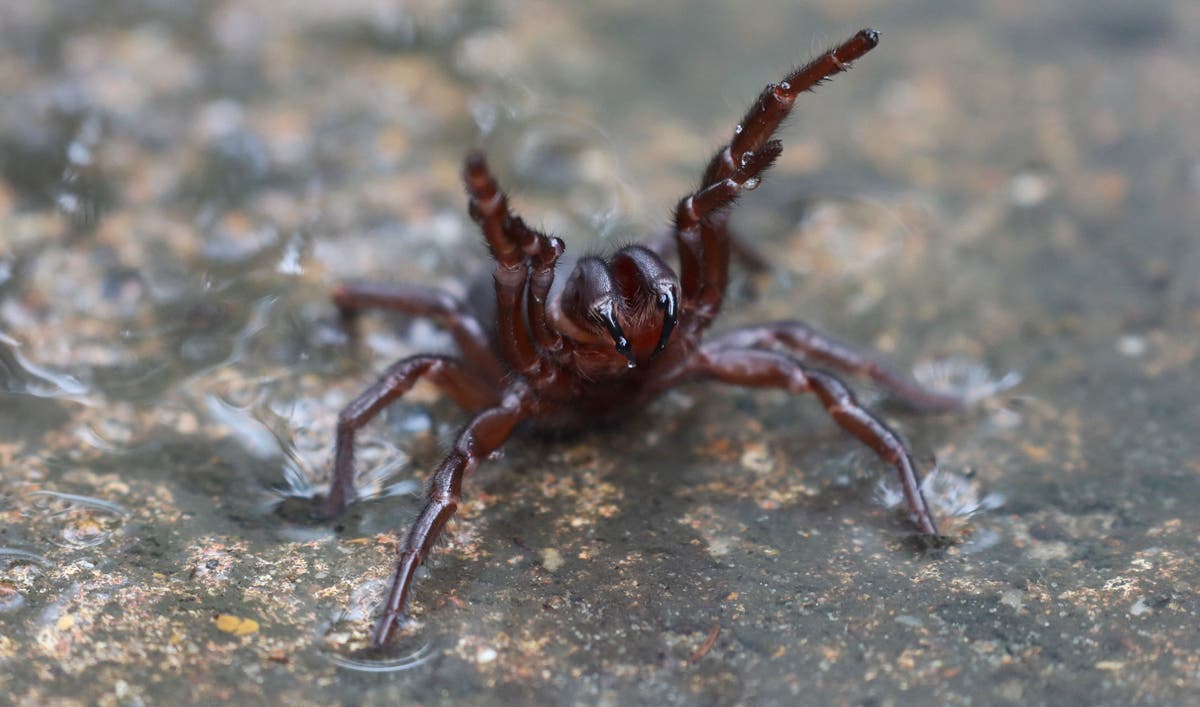 Sydney braced for influx of deadly funnel-web spiders after floods

Residents in Sydney‘s suburbs could in the coming days be swarmed by deadly venomous spiders escaping flooding, the Australian Reptile Park has warned.

Thousands of people living in New South Wales have been evacuated this week due to some of the worst floods to hit the region in decades.

The torrential rain has also forced many animals and insects from their habitats, with Australians this week posting footage of spiders fleeing the water for dryer land.

“The upcoming warm weather and high levels of humidity is the perfect storm for a funnel-web spider boom,” he said.

“With the incredible flooding that we’ve experienced across the Greater Sydney area, they have been forced out of their habitat and are seeking refuge in dryer areas,” he added.

“Unfortunately, this could mean that they’ll be finding their way into residential homes very shortly.”

Funnel-web spiders are arachnophobes that build webs around their burrows and are feared because of their highly toxic venom.

According to the Australian Museum, up to 30-40 people get bitten by the creatures each year, although only 13 deaths have ever been recorded and none since antivenoms were made available in the 80s.

The Australian Reptile Park is advising those who feel safe and confident enough to catch and deliver the spiders to designated collection facilities.

About 18,000 people were evacuated across New South Wales this week as heavy rains pounded the east coast of Australia, causing the floods to worsen.

On Monday, footage emerged showing hundreds of spiders crawling into a family’s garage to escape the floods.

Melanie Williams, from the town of Macksville, shared the footage of her neighbours’ garage, where spiders and other insects could be seen hurrying up walls to get away from the water.

She said her home had not been hit by the invasion and that the spiders eventually went back to “wherever they came from”.

0 0 0 0
Previous : GameStop: Most of board will leave in summer after rollercoaster year
Next : Andrew Yang poses with ‘Naked Cowboy’ who was spotted at Trump’s pre-Capitol riot rally