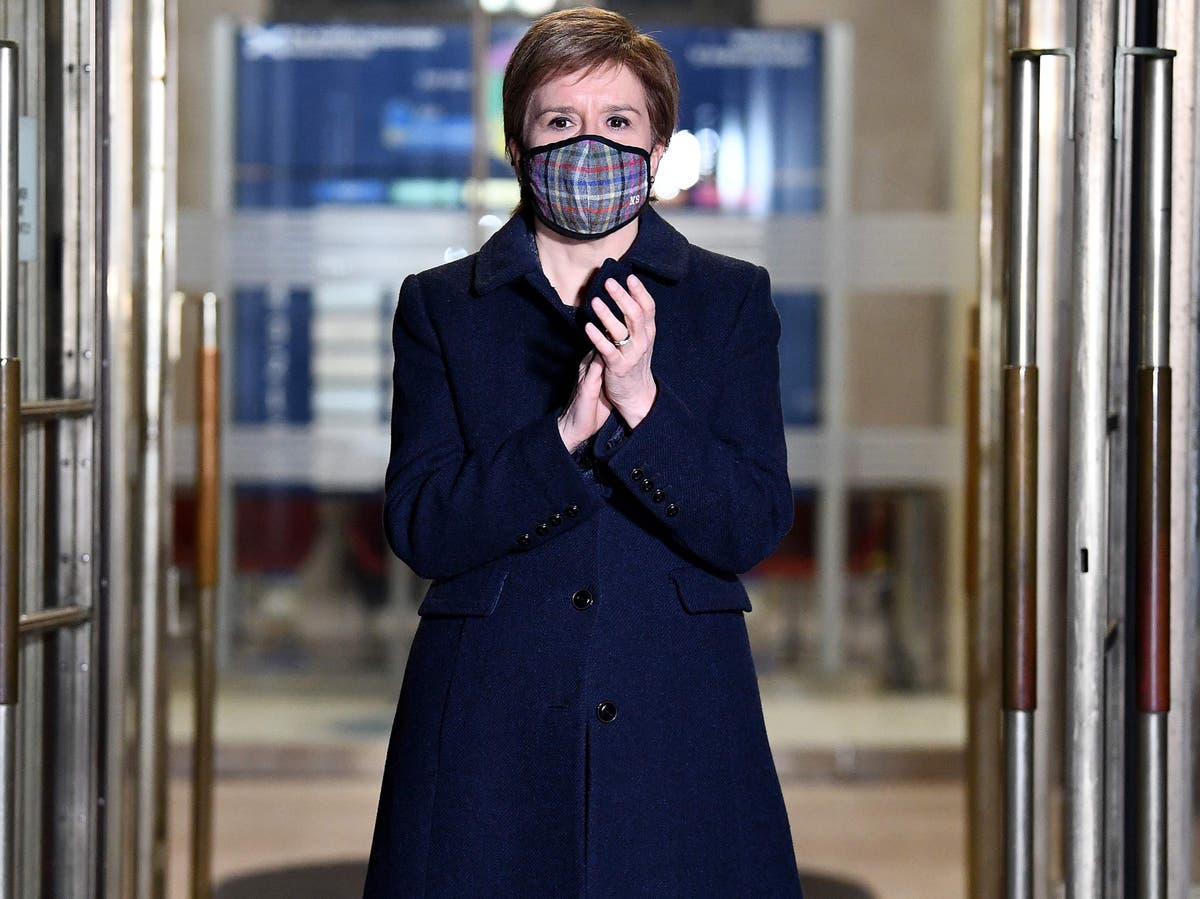 More than 154,000 health workers with contracts under the Agenda for Change system will benefit from the move, which would also give staff on the lowest pay point a 5.4 per cent increase.

The Scottish first minister, Nicola Sturgeon, took a jab at the UK government’s 1 per cent pay rise for NHS staff, tweeting: “Our NHS staff deserve more than applause and 1 per cent is not enough”.

“Scotgov is offering a 4 per cent pay rise, which would deliver guaranteed minimum increase of £1,000 for those earning less than £25,000 and 5.4 per cent increase for staff on lowest pay band… and all backdated to December 2020.”

The prime minister, Boris Johnson, defended plans to give some NHS staff in England a 1 per cent pay rise earlier this month and said the government is giving “as much as we can” in the “tough times” of the pandemic.

According to the Scottish government, the deal, if accepted, will be the “most generous National Health Service pay uplift anywhere in the UK”.

The health secretary, Jeane Freeman, said in a statement: “Following positive discussions with NHS unions and employees, the Scottish government has put forward an offer of the biggest single pay uplift since devolution for NHS Agenda for Change staff.

“Over 154,000 staff would benefit from this rise, which would see the average pay of a frontline NHS nurse rise by over £1,200 a year. The uplift will be backdated from 1 December 2020, rather than the usual 1 April 2021, meaning all those covered by the deal will receive an extra benefit.

“This has been an exceptionally challenging year for our health service and I am pleased that the Scottish government is able to recognise the service and dedication of our healthcare staff.”

NHS workers in Scotland also received a one-off £500 payment from the Scottish government as a thank you for their work during the coronavirus pandemic.

Unions have welcomed the offer and chastised the Westminster government for not “valuing health staff”.

Sara Gorton of Unison said the offer “shows where there’s a political will there’s most definitely a way”.

“Valuing health staff and investing in the NHS is a political choice. One that Boris Johnson and Rishi Sunak are choosing not to make.

“After a long and difficult year, a decent pay rise for NHS staff should be a simple decision to make and popular with the public.

“The Westminster government should learn from the approach being adopted north of the border on NHS pay and be shamed into following he Scottish example.”

Colin Poolman, chairman of Scottish Terms and Conditions Committee (STAC) and Scotland senior officer at the Royal College of Nursing (RCN), described the timescale for negotiations as “tight as a result of the forthcoming election”, but confirmed they have received the offer.

The announcement comes just before Holyrood breaks up for the election, which will take place on 6 May.