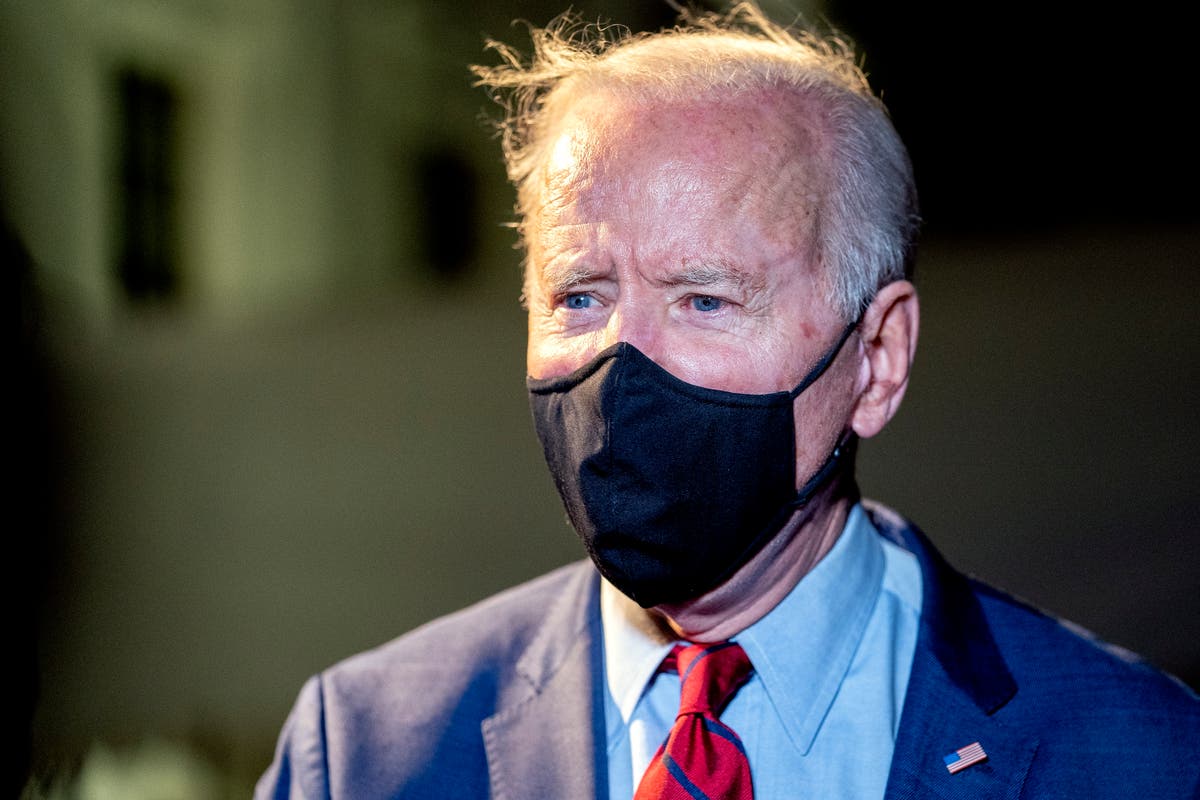 President Joe Biden has implored the House and the Senate to act and take ‘common sense steps that will save lives’ after a second mass shooting in the space of a week, as Donald Trump has been accused of using migrants as “political pawns.”

The rampage in Boulder on Monday – that left 10 peopled dead – comes just a week after eight people were shot dead in Atlanta.

The violent attacks have plunged the president into the country’s hotly contested debate on gun control laws, with reform often encountered by significant political pushback.

“I don’t need to wait another minute, let alone an hour, to take common sense steps that will save lives in the future and to urge my colleagues in the House and Senate to act,” Biden said on Tuesday.

Last year the Trump administration ordered thousands of migrants being held at the border back to Mexico citing concerns over coronavirus, despite critics asserting they had a legal right to claim asylum.

A Russian oligarch with close ties to Vladimir Putin who has called on the FBI to remove him from its Ten Most Wanted Fugitives list.

Yevgeny Prigozhin, a wealthy businessman, argued in a letter on Wednesday that the FBI reward of up to $250,000 for information leading to his arrest in connection with Russian interference in the 2016 presidential election was in violation of international law.

Chris Riotta has the details

A tweet from the official coronavirus response team account said: “The President will announce this afternoon that today our administration will release $81 billion of the American Rescue Plan funds to states to help support efforts to safely reopen schools and return students to in-person learning.”

The White House coronavirus response team is currently holding a briefing from the White House updating the nation on the ongoing battle against the pandemic.

Senior adviser Andy Slavitt has confirmed that 84 million Americans have received one of the three approved Covid vaccines approved for use.

He also said that one in six people has now been fully vaccinated.

He said: “.@SecBecerra and I share the belief that health care is a right for all — not a privilege for the few. I look forward to working with him to ensure every single American has access to the quality, affordable care they deserve.”

President Joe Biden will hold a press conference on Thursday, after mounting criticism from Republicans for his apparent reluctance to speak to reporters.

It comes as Mr Biden is the first president is many years to go without facing the press in a question and answer session.

Louise Hall has everything we know so far

A potential car ramming at an anti-Asian hate rally is under investigation by Los Angeles police as a hate crime.

A video of the incident shows a car swerving through a pedestrian crossing during a rally in Diamond Bar on Sunday afternoon, as protesters – all visible with placards — attempted to cross.

The suspect came close to running over some of the pedestrians, however no injuries were reported by police.

A group of senior White House officials and elected representatives are travelling to the US-Mexico border on Wednesday, as the Biden administration attempts to deal with an unprecedented amount of migrant children at the border.

The Biden administration has been under pressure over the last few days to deal with what some pundits are calling a “crisis” at the border, and have been criticised for denying media access at the facilities.

However, in a statement to The Washington Post on Wednesday, a White House spokesperson confirmed that one network camera will accompany the visit later in the day.

“The Biden Administration is committed to transparency and will continue to work with agencies on creating avenues for media access and visibility at both Homeland Security and Health and Human Services facilities,” the spokesperson said.

They added: “Agencies will continue working to fulfill requests from Members of Congress for access to these facilities as well.”

Joe Biden and his homeland security secretary, Alejandro Mayorkas, have warned potential migrants not to attempt to cross into the US, as there are hundreds of children who have been in its custody for 10 days or more – a week longer than legally allowed.

Kamala Harris has said that she will “absolutely” visit the US-Mexico border, but has not specified when the trip will take place.

During an appearance on CBS’ This Morning on Wednesday, the US vice president was asked by host Gayle King if she will visit the border, amid what some pundits are calling a “crisis”.

“Absolutely, we will go down to the border,” Ms Harris replied, adding: “Yes, we will go” in reference to President Joe Biden.

The vice president said that other officials have already made the trip, but added: “It’s a problem. I’m not going to pretend it’s not.”

Joe Biden and his homeland security secretary, Alejandro Mayorkas, have warned potential migrants not to attempt to cross into the US, as there are hundreds of children who have been in its custody for 10 days or more – a week longer than legally allowed.

Less than two weeks before a citywide assault weapons ban was blocked in court, a gunman carrying an AR-15-type rifle killed 10 people at a supermarket in Boulder, Colorado. The suspect bought the gun just days earlier.

Following the killing of 13 people at Columbine High School in 1999, northern Colorado has seen at least nine school shootings and four other mass shootings within 20 miles of the school.

Alex Woodward explains how easy it is to buy a gun in Colorado:

Joe Biden’s dogs, Major and Champ, are back at the White House following a biting incident at the residence earlier this month.

Michael LaRosa, a spokesperson for US first lady Jill Biden, confirmed in an email to USA Today on Wednesday that the family’s dogs are “at the White House,” after they travelled to Delaware following the incident.

Major, one of two dogs owned by Mr Biden and the first lady, recently made headlines after he caused “a minor injury” to an individual at the White House.

Shortly after the incident, Major and Champ were taken to the family home in Delaware, where the former received some training.

0 0 0 0
Previous : McConnell complains Biden hasn’t spoken to him or invited him to White House since inauguration
Next : Cheaper clothes and cars pull inflation down to 0.4 per cent as house prices fall