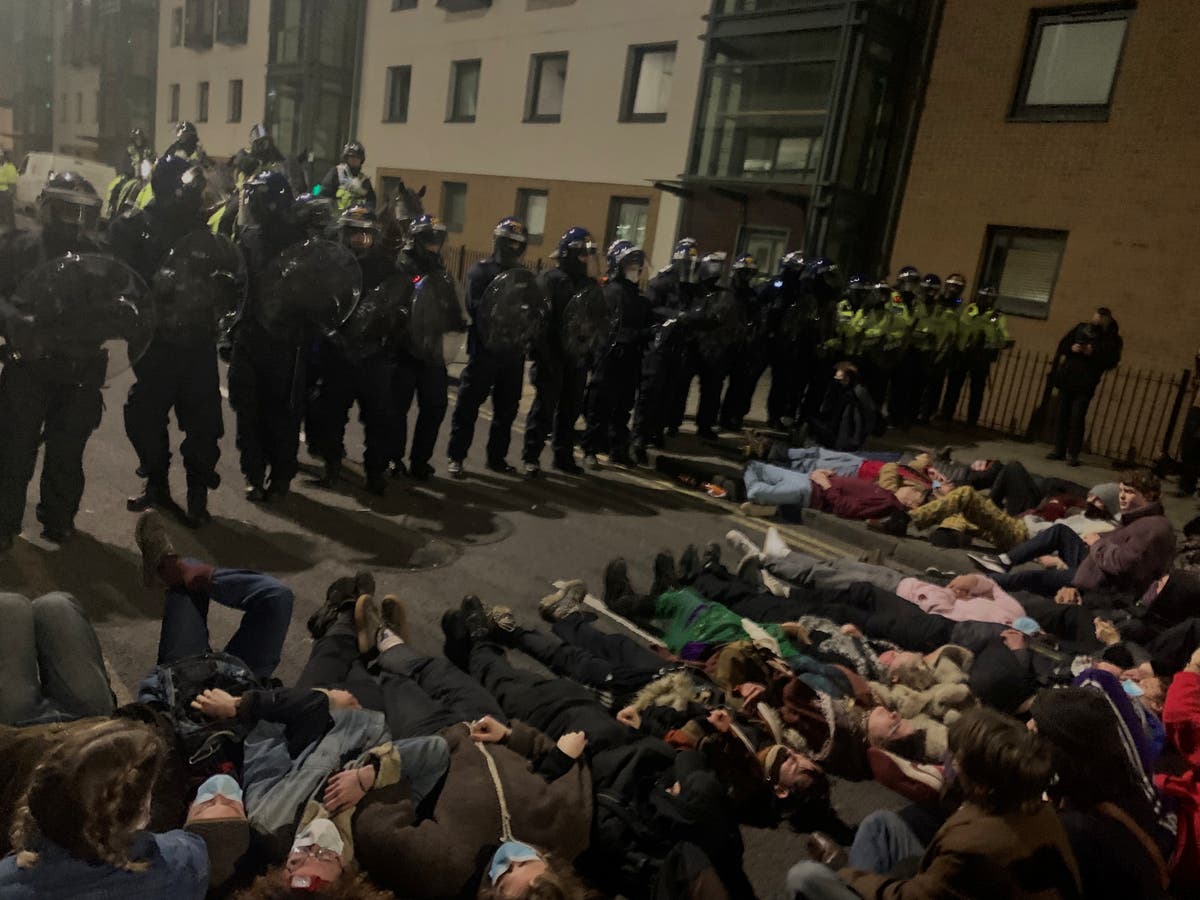 The home secretary was asked twice how the controversial new rule would be enforced – but appeared to admit that had not been decided, despite MPs backing the tough legislation.

She also claimed the public had voted for the crackdown when it elected the Conservatives at the general election and declined to say she was “happy” that protests will be allowed again next week.

In a BBC interview, Ms Patel was asked “how will the police decide when a demonstration becomes too noisy”, but deflected the question.

“The police will make judgments and they’ll have guidance on frameworks around the impact of noise had, not just on one individual but across communities.

“And these are important changes that, you know, will be discussed and consulted upon as this bill passes through parliament. The police, of course, are working with us in the development of this particular piece of legislation.”

The easing of the lockdown will permit demonstrations to take place from next Monday – after the home secretary stripped out the exemption last autumn.

She replied: “Peaceful protest is totally different from obviously what we’ve seen in Bristol.

“We live in a democracy, and obviously we uphold the right to protest, but we are in a pandemic and I would urge everybody to continue to follow the rules and guidelines, and just continue to be incredibly conscientious.”

With just five days until the current protests ban is lifted, Ms Patel was warned that the Police Federation was in the dark about the how rules should be enforced

Its chairman, John Apter, had warned the police are doing “a near-impossible job”, the presenter pointed out, adding: “He’s asking you for clarity, he says the police need clarity on the job that they’re doing.”

Ms Patel suggested guidance would follow, but added of the police: “They are operationally independent on the government in terms of how they bring in the rules and the regulations.

“And of course, every time the guidance changes from government, the public are informed about this.”

The Policing Bill will expand police powers to allow them to stamp out protests that cause “serious unease” and create new penalties for people who cause “serious annoyance”.

Critics see it as mechanism to put the current Covid regulations – which the home secretary used to impose an outright ban on demonstrations – on a permanent footing.”

Peter Fahy said it was wrong to “rush legislation” just because ministers are angry about the demonstrations staged by Black Lives Matter and Extinction Rebellion last summer.