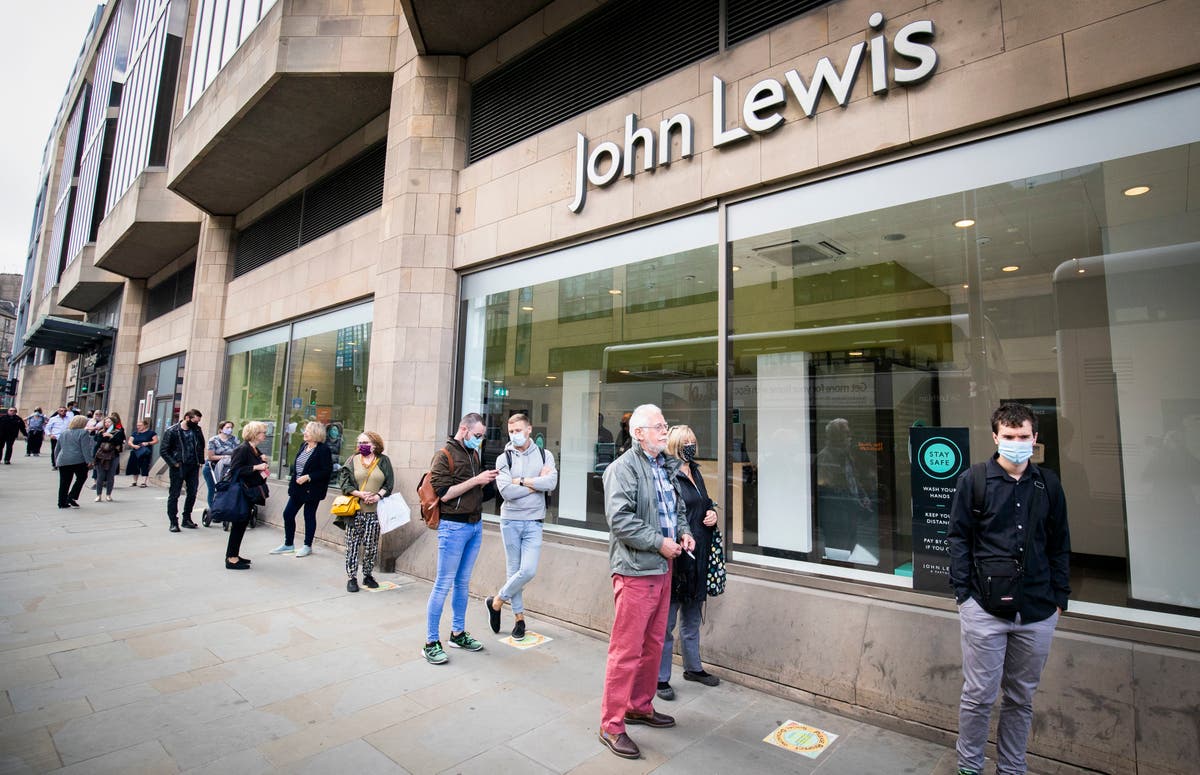 John Lewis has announced eight further department stores will close permanently after the Covid-19 lockdown ends, with 1,465 jobs at risk.

Four At Home stores in Ashford, Basingstoke, Chester and Tunbridge Wells and four department stores in Aberdeen, Peterborough, Sheffield and York will close.

The John Lewis Partnership, which is struggling against a rapid shift in shopping habits during the pandemic, said its remaining 34 John Lewis shops in England will reopen from 12 April subject to government guidance. Its Glasgow store will open on 26 April and Edinburgh on 14 May.

The latest round of closures comes eight months after John Lewis shuttered another eight stores and cut around 1,300 jobs.

Sharon White, who leads the partnership, launched a radical overhaul last year including cost cuts and a proposed move into property development.

John Lewis Partnership said on Wednesday that it will also transfer the operations of its Waitrose distribution centre in Leyland, Lancashire, to XPO Logistics.

It said 436 Waitrose staff at the site will be transferred to XPO. John Lewis has been buoyed by soaring online sales in recent months but these were not sufficient to offset its decline in store sales as it tumbled to a £517m pre-tax loss for the year to January.

It was the first loss in the group’s history dating back to 1864.

Earlier this month, the John Lewis Partnership confirmed it would shut more sites and said its partners would not receive an annual bonus for the first time in 68 years.

It said it expects its financials to get worse over the current financial year as it continues its shake-up and warned staff they are not expected to receive a bonus until 2022-23.

The move was intended to help the business save around £50m as part of wider plans to reduce total costs by £300m.

0 0 0 0
Previous : I’ve been on my share of peaceful protests – they should be part of any mature democracy
Next : Italian police find ‘millions’ of vaccines in factory raid amid fears AstraZeneca jabs being hidden