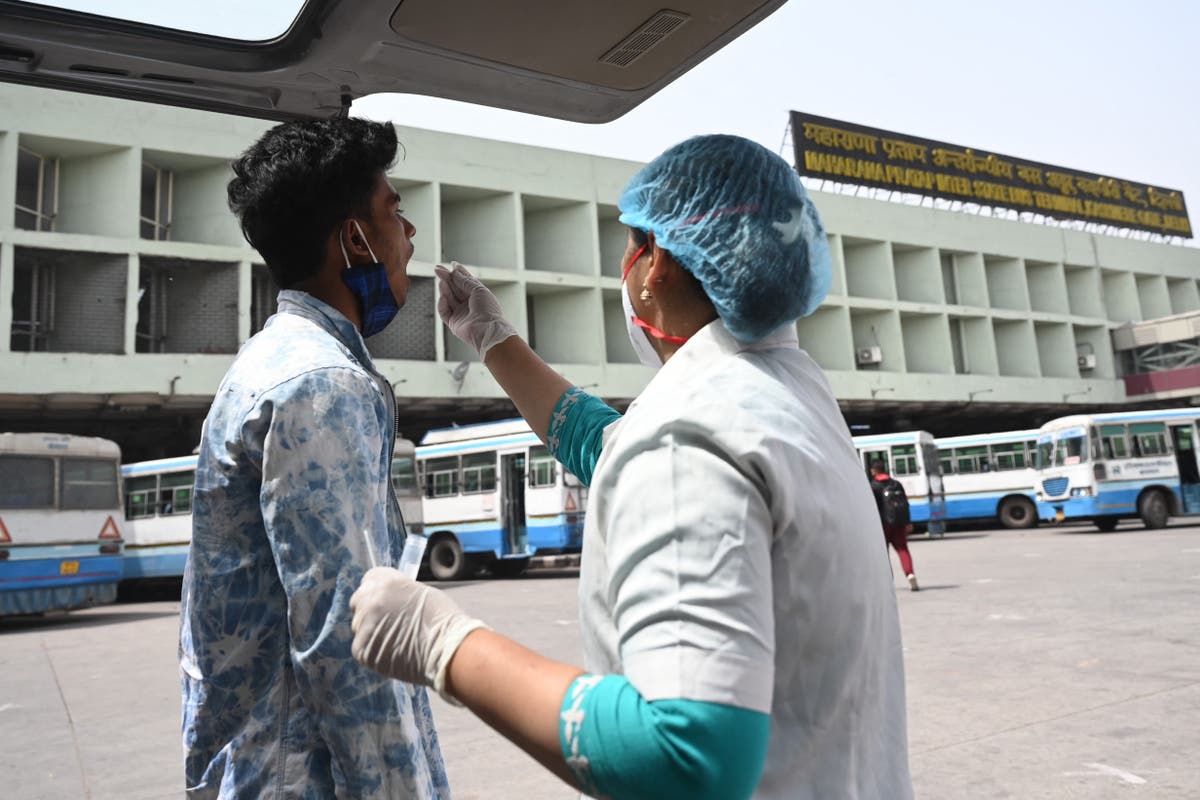 India’s health ministry said on Wednesday that a new “double mutant variant” of the coronavirus and other “variants of concern” have been detected across 18 of the country’s states.

It comes after the country recorded 47,262 new cases in the previous 24 hours, the largest daily spike in months, as the total number of Covid cases rose above 11.7 million.

Experts have said the country may be entering a second wave, though the health ministry said only five states — Maharashtra, Punjab, Karnataka, Chhattisgarh and Gujarat — account for about 77 per cent of the new cases.

India ramped up its genomic sequencing efforts amid concerns about the arrival of the UK variant into the country in December, and said studies have continued to further analyse the situation.

But it cautioned against making a link between the identified “variants of concern” and the spike in cases overall, saying that such variants “have not been detected in numbers sufficient to either establish a direct relationship or explain the rapid increase in cases in some states”.

The health ministry said an analysis of samples from the states revealed an increase in incidences of both the E484Q and L452R mutations, as compared to December 2020.

“Such mutations confer immune escape and increased infectivity. These mutations have been found in about 15-20 per cent of samples and do not match any previously catalogued VOCs (variants of concern),” it said.

The ministry said that while these have been categorised as variants of concern, they require the same epidemiological and public health response of “increased testing, comprehensive tracking of close contacts, prompt isolation of positive cases and contacts as well as treatment as per National Treatment Protocol” as any other variant of Covid.

The government said 771 variants of concerns have been detected in a total of 10,787 positive samples shared by states and union territories. These include 736 samples which have tested positive for the UK variant, 34 the South African variant and one sample was found positive for the Brazilian variant.

India became the fifth country in the world to sequence the genome of the novel coronavirus, according to BBC News.

Meanwhile, several states have announced a ban on gatherings ahead of the festival of Holi next week to curb the rising number of Covid-19 cases.

The government of Delhi said “public celebrations and all gatherings and congregations during upcoming festivals should not be allowed in public places.” It cited the “persistent rise” in Covid-19 cases during the last fortnight.

Other states — Gujarat, Maharashtra, Odisha — have issued similar orders ahead of the festival.